Philadelphia Airport has received two grants to rehabilitate platforms and canopies at its four stops on SEPTA’s Airport Line. 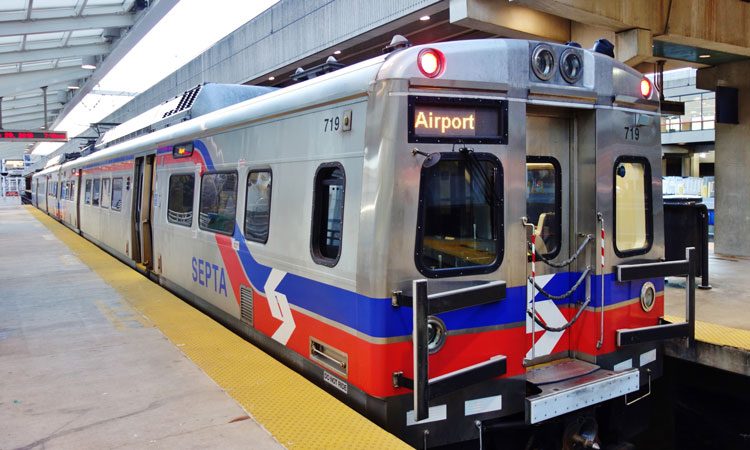 Two grants totalling $924,900 have been given to Philadelphia International Airport (PHL) from the Commonwealth of Pennsylvania for a platform improvements project at the Southeastern Pennsylvania Transportation Authority’s (SEPTA) Airport Regional Rail Line stops.

“Our airport serves more than 32 million passengers annually,” said Rochelle ‘Chellie’ Cameron, CEO, PHL. “With departures to and from Center City every 30 minutes, SEPTA’s Airport Line provides those visitors and airline crews flying in and out of PHL with a convenient travel option to Philadelphia and the surrounding region. The rail line’s connection to many other SEPTA services, makes the train a vital transportation necessity for many of the 21,000 airport employees.”

The rail line’s connection makes the train… vital transportation for many of the 21,000 airport employees”

SEPTA’s Airport Line provides 2.1 million annual trips to and from PHL, with trains accessing all PHL terminals. The funding will provide necessary structural and aesthetic upgrades to all locations without impacting service, the airport has said.

“SEPTA and Philadelphia’s Division of Aviation have a vested interest in supporting and, when necessary, collaborating on, multimodal projects that help move our shared passengers to points across the Delaware Valley,” added Jeffrey D Knueppel, General Manager, SEPTA. “The proposed work at the Airport Line stops will create an enhanced transit gateway for residents and visitors traveling to and from PHL.”

Work on the train platforms is anticipated to begin in May 2020.