Virgin Atlantic is urging ministers to ‘shake up the Heathrow market’ by reforming slot allocation, as it unveils plans for 84 new routes following the airport’s expansion. 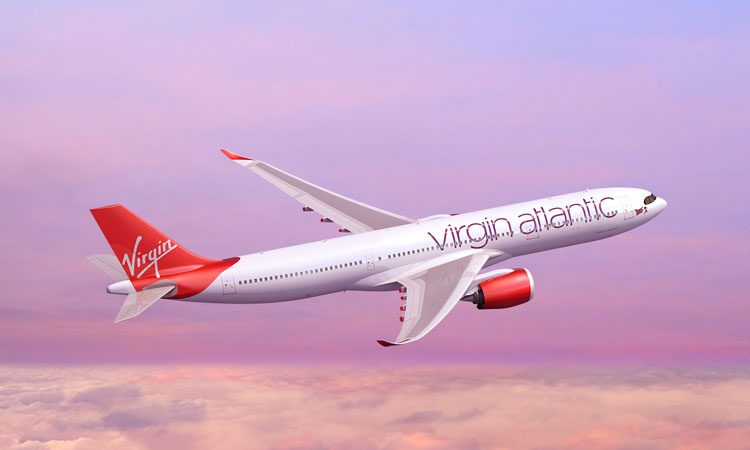 Virgin Atlantic has unveiled its plans to significantly increase its long haul route network and launch a new comprehensive network of domestic and European routes when Heathrow Airport expands.

The airline has released new route maps illustrating how the airline’s flying programme could grow. However, the airport states that this is entirely dependent on the UK Government reforming the way new Heathrow slots are allocated, to enable the creation of a second flag carrier at the airport.

The Government’s Aviation Strategy Green Paper has set a primary objective for the allocation of additional Heathrow capacity to facilitate effective competition between airlines, benefitting consumers through more choice and lower fares. It has also set secondary objectives to improve domestic connectivity and to improve connectivity to international destinations that are currently underserved or unserved.

Virgin Atlantic argues that their route network plans enable the Government to meet all three objectives by bringing new competition across multiple domestic, European and global routes, as well as opening up brand new destinations. Without a second flag carrier connecting passengers between its domestic, short and long haul services, these objectives cannot be met.

The rules governing the allocation of new slots are currently being reviewed by the Government.

Virgin Atlantic warns that the new take-off and landing slots must be allocated in a way that enables the development of a second flag carrier with the necessary scale to compete effectively with IAG.

IAG currently controls more than half of the total capacity at Heathrow Airport. A report found one in four passengers flying from the airport – 18.5million people – have no choice but to fly with that airline group. The report also concluded that these passengers may be paying up to 10% more in air fares as a consequence.

Presently, IAG holds more than 55% of all the take-off and landing slots at Heathrow, with no other airline holding more than 5% of the remaining slots. IAG and its joint venture partners operate 77 routes. Virgin Atlantic intends to compete on 25 routes where there is an IAG monopoly.

“Heathrow has been dominated by one airline group for far too long,” commented Shai Weiss, CEO, Virgin Atlantic. “The third runway is a once in a lifetime opportunity to change the status quo and create a second flag carrier. This would lower fares and give real choice to passengers, as well giving Britain a real opportunity to boost its trade and investment links around the world. Changing the way take-off and landing slots are allocated for this unique and vital increase in capacity at the nation’s hub airport will create the right conditions for competition and innovation to thrive.”