Ports of Jersey has been following remote tower technology for many years, having recognised very early on that this would revolutionise the future provision of air traffic control services. Recently appointed Jersey Airport Director, Inez Bartolo, explains some of the reasons behind the company’s decision to pursue remote tower technology, why she believes it could revolutionise the future and the impact it’s had on the airport’s air traffic controllers. 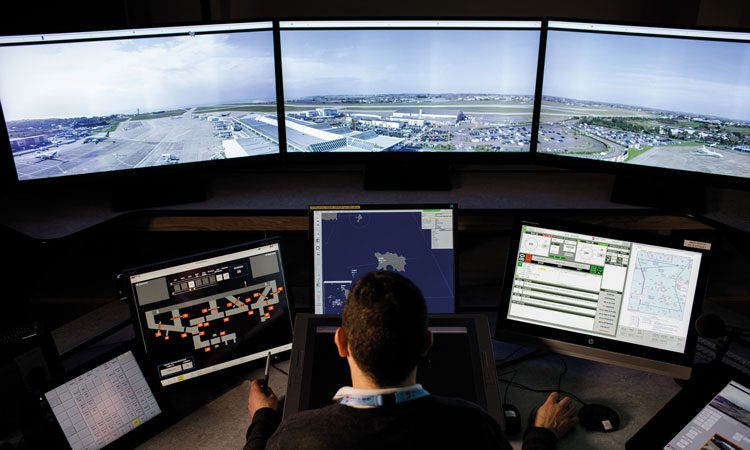 In 2010, Jersey Airport completed construction of a new Air Traffic Control Centre (ATCC), incorporating a new, conventional, control tower. The project presented an exciting opportunity to introduce new equipment that you would expect to see in a traditional tower. Fast‑forward nine years and the advances in remote tower technology have meant there are many options now available, which are both cost-effective and offer the best flexibility in the delivery of the service.

When we investigated remote tower technology, we were convinced that this was the future direction of air traffic control. Jersey Airport has been an early proponent of cutting-edge technology in air traffic services for some years and we soon realised we could become a significant player in driving the agenda for the global air traffic services industry.

What prompted the decision to invest in a remote tower?

Contingency is important to our island community. The resident population of 100,000 people depend on maritime and air links as a lifeline to provide scheduled services, freight and ambulance flights. In 2015, a contingency remote radar facility was built on a separate site to the ATCC. Initially the intention was to provide aerodrome contingency at the same site with a ‘Blind VCR’, using low visibility procedures to control aerodrome traffic at a reduced movement rate.

In that same year, the previously Government-run Jersey Airport, Jersey Harbours and Jersey Coastguard were established under the new incorporated company ‘Ports of Jersey’. As a new company, actively seeking business outside of Jersey, we made the decision to invest in a remote tower, primarily to serve as a contingency facility to the existing tower, but also because we recognised the potential commercial applications associated with remote tower technology.

What remote tower system was installed?

There are relatively few suppliers of remote tower technology at present, and there are differences between all the solutions. Ports of Jersey has worked with each of the suppliers but selecting the right partner to fulfil all our objectives was important to us. In 2017, Ports of Jersey signed an agreement with Frequentis to supply a smartVISION remote tower system. Eleven fixed HD cameras, together with image-stitching software and high-speed resilient connectivity provide a 240-degree panoramic view displayed over three screens.

The resulting panorama provides a view of the runway, manoeuvring area, final approach tracks and the airspace to the north of the airfield, from where most of the traffic arrives and departs. The panoramic images are supplemented by two pan-tilt-zoom cameras, one facing north and one facing south, acting as ‘smart binoculars’, which will also be available to controllers in the conventional tower, ensuring continued familiarity with the equipment. Static overlays can be superimposed on the panorama to indicate areas of concern to the controllers such as the ILS sensitive and critical areas.

The cameras are attached to the existing tower structure. We did this because we were confident that any likely evacuation scenarios would not affect the building’s structural integrity and positioning the cameras on the existing building meant the installation was quicker than it would otherwise have been. It also provided us with some significant advantages for controller training.

What influenced the picture presentation and layout in the remote tower?

Ports of Jersey commissioned a human factors case study by Dr. Wen-Chi Li of Cranfield University, who used eye-tracking equipment and cognitive task analysis to determine controllers’ physical and mental workload in the remote tower. This helped us to determine, among other things, the most appropriate screen size for presentation of the panorama. The smaller of the two screen sizes increased the efficiency of the controllers’ visual scan patterns and situation awareness.

We deliberately installed the same equipment in the same layout as the conventional tower so that the only significant difference for the controllers was the presentation of the view on screens instead of out of the window.

How were the controllers trained for the transition to remote tower operations?

One of the challenges of controller training when moving from the old air traffic control tower to the new (conventional) air traffic control tower was the different view and perception of aircraft speed and position. Locating the cameras on the existing tower made training for the remote tower significantly easier. The view, although restricted to 240-degrees, feels almost identical to that from the conventional tower. Aircraft appear where controllers expect them to so there is no requirement for controllers to adjust to a different perspective.

Prior to commissioning the remote tower, a MicroNav BEST 3D Tower Simulator had already been planned for installation. The simulator was deliberately designed to mimic the condensed view and the presentation of that view exactly as it is in the remote tower. This allowed controllers to train for the view before the remote tower was fully installed. It was also used to train controllers for screen, camera failure and other emergency scenarios.

Controllers also underwent Human Factors training and HMI training, which was followed by ‘shadowing’ – controllers mimicking the operation in the remote tower while control remained with the conventional tower.

The final stage in the process involved live trials whereby controllers operated from the remote tower with the safety net of a controller in the conventional tower constantly monitoring operations. In a mixed traffic environment one controller operated a movement rate of 38 per hour.

How did the controllers react to operating in the remote tower?

Prior to going live, I believe it’s fair to say that most of the 27 controllers felt a little apprehension before uttering the words ‘I have control’ and controlling for the first time in the remote tower. It didn’t take long, however, before controllers reported feeling comfortable with the system and are happy to operate there.

Of course, there are differences to operating in our remote tower versus the conventional one – there is no noise piped into the remote tower and the overall feel is more like being in a radar room than the traditional tall glass building. It is a different way of working and does take a little getting used to, but on the plus side the remote tower doesn’t sway in high winds.

Where are you currently with the project?

The certification process, led by the European Aviation Safety Agency (EASA) continues but is expected to be completed any day now, which would make this the first certified remote tower in the British Isles. Part of the process required a practice evacuation, live-streamed to EASA in Cologne, by video link. The tower controller handed over the operation at the conventional tower (so as not to impede operations), evacuated and had established operations at the remote tower a mere 15-minutes later. As a contingency facility the remote tower gives us the security that we can continue operating with minimal disruption and without a reduced movement rate in the event of having to evacuate the conventional tower.

As Jersey Airport Director, Inez Bartolo has overall responsibility for the policing, control and administration of the aerodrome and the Channel Islands Control Area as well as enforcement of the legislation, including overall responsibility for safety and security relating to air navigation. Inez has worked in the aviation industry for the past 27 years and is a Fellow of the Royal Aeronautical Society. Prior to joining Ports of Jers ey in December 2018, she held a senior leadership role in the UK Civil Aviation Authority. More recently, she has been integral to the development of an international training programme, delivered to under-developed countries in Asia and Africa to promote aviation safety standards on behalf of the International Civil Aviation Organisation. 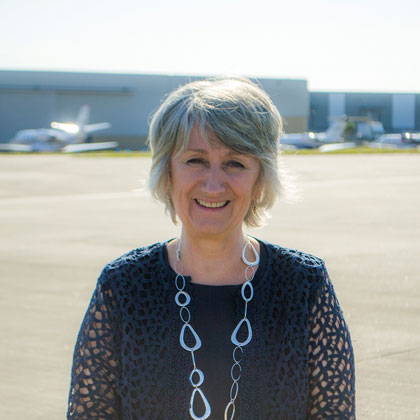