Vienna Airport is a tourism and business hot spot thanks to its central geographical location in the heart of Europe, proximity to Austria’s capital city of Vienna and outstanding service offering. At the same time, it is one of the country’s largest employers, with more than 22,000 people working in 230 companies on the airport site. 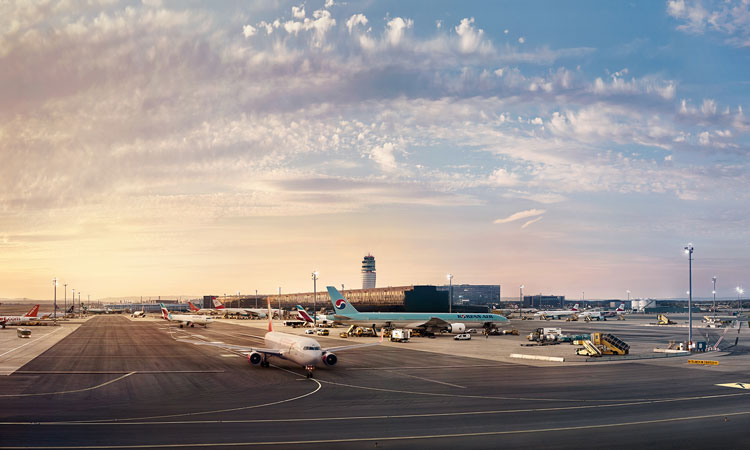 Traffic figures speak for themselves

Over the past year a new passenger record has been achieved. A total of 24.4 million passengers were counted in 2017, comprising a growth rate of +4.5 per cent from the previous year. All in all, in 2017, Vienna Airport was regularly served by 74 different airlines offering flights to 195 destinations in 70 countries across the globe, and the airport is ready to break further records this year. To this end, a milestone was achieved in the summer. On 29 July 2018, Vienna Airport registered more than 100,000 passengers in a single day for the first time in its history. The entire year is developing in an outstanding manner. Passenger volume in the period from January to October 2018 increased by +8.5 per cent compared to the previous year. Vienna Airport expects the current upward trend to continue, thus anticipating the passenger volume rise to more than +10 per cent for the full year.

Vienna Airport is the largest hub in the region, and due to its geographical position, it’s an ideal gateway to the East. Several companies operate their Central and Eastern Europe businesses from regional headquarters located in and around Vienna. Overall, around 300 multinational companies and 30 international organisations – including the UN, OPEC and OSCE – trust Vienna as a politically and economically stable location. Vienna Airport’s wide-ranging route network to Eastern European countries is also vital to these organisations. Around 35 per cent of all passengers visit Vienna for business reasons, but the city is also a very attractive destination for tourists; loved for its long history of arts and music. With its imperial castles, numerous parks, plentiful galleries and the world-famous Philharmonic Orchestra, Vienna has been a hotspot of culture for centuries.

Perfectly connected to its catchment area

As an airport, Vienna is particularly attractive due to its efficient road, rail and air transport links. As a result, it offers ideal conditions for business operations and optimal accessibility to all travellers. Since 2016, the airport has been connected via a direct high-speed rail line to Western Austria. Not just within Austria, Vienna Airport is also very well connected with its entire catchment area. Around 12 million people – from Austria, Slovakia, Hungary and the Czech Republic – live within a two-hour commute to Vienna Airport. The wide variety of destinations and the easy accessibility are the crucial factors for travellers when choosing the airport. There are more than 150 daily bus and high-speed train connections as well as direct highway links that make Vienna Airport easy to reach.

A top service for travellers

In addition to new destinations, the primary focus of Vienna Airport’s operations is on customer orientation and providing a high-quality service. Thanks to the airport’s terminal development project, enhanced quality and comfort can be offered to passengers. Additional shopping, food and beverage options and new waiting areas will complement the extensive offering at the airport in the future. While some parts of the existing infrastructure will be modernised, also an entirely new building will be constructed. The project will be successfully implemented by the year 2023. The great quality of service and excellent customer service offered by Vienna Airport has also gained international recognition, which can be seen through the numerous awards the airport has received honouring the airport’s high service quality, excellent staff and its commitment to barrier-free access.