With the North American, Asia-Pacific and European Economic Area regions accounting for 46.5 per cent of global air traffic connections there is evidence to suggest that airports can create an invaluable new revenue stream by capitalising on the self-connectivity market. Course Director of the MSc Airport Planning and Management at Cranfield University, Dr Pere Suau-Sanchez, outlines key research into this lucrative opportunity. 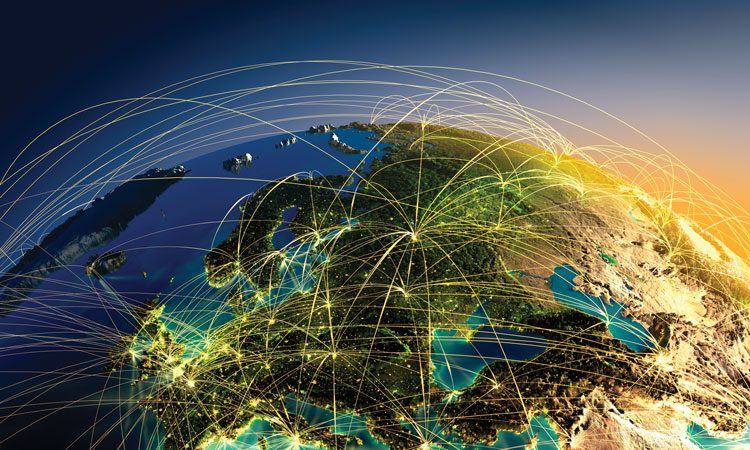 The self-connectivity business – where air travellers use a combination of tickets to arrange their own cheapest routes – has been tentative thus far. Both airports and airlines, particularly low-cost carriers, have dipped their toe into the water by introducing transfer fees and developing self-connection platforms.

So far, low-cost carriers (LCCs) have led the way, partly in response to increased competition and low margins. In Europe, Vueling and Air Berlin were among the first LCCs to start offering flight transfers at their hub at Barcelona and Palma de Mallorca, respectively. Another example is Norwegian, which charges a connecting fee primarily to cover the costs of transferring passenger baggage between its own flights. Globally, Air Arabia (UAE) and Citilink (Indonesia) are known for offering flight connections at their main bases. The provision of these services shows that LCCs are interested in generating new sources of revenue by catering to the needs of self-connecting passengers, who design their own flight itineraries outside the boundaries of traditional airline connectivity with the objective of saving money. These passengers travel on a combination of multiple tickets and take care of their own baggage transfers since the airline/s involved do not handle the transfer themselves. This definition includes both inline LCC transfers as well as other types of interline connections. In some LCC airport bases it is common to see price-sensitive passengers sleeping in the terminal to self-transfer between late-evening and early-morning flights. Some well-known cases are London-Stansted, Bergamo and Bordeaux airports.

A few other European airports have also shown interest in tapping into this segment of demand. For example, London Gatwick and Milano Malpensa have implemented new platforms to facilitate self-connections and improve travel experience. In exchange for a fee paid during the reservation process (available from online booking platforms that participate in the scheme), self-connecting passengers at Gatwick are offered, as a minimum, a baggage transfer service as well as an insurance against the risk of missing their onward flight in the event of delays.

The benefits for the airlines are a growth in market share and economies of traffic density. From the airport’s perspective, a direct advantage is linked to increased non-aeronautical revenues generated by the extra connecting passengers. They can also benefit in terms of route development, particularly if self-connections help to improve the way in which short-haul low-cost frequencies feed passengers to long-haul flights, thus making international routes more sustainable in the long term and potentially developing the airports’ position as an international gateway. The CEO of Gatwick Airport, for example, has argued that the airport’s “diverse short- and long-haul airline mix” improves its suitability to host a self-connection platform. Another argument in support of that idea is the development of low-cost long-haul services that effectively expands the scope of LCC self-connectivity to long-haul markets as new opportunities arise for passengers to find cheap fares in these longer routes. The negotiations between Ryanair and Norwegian (which operates long-haul frequencies) with regard to possible collaboration clearly indicate that airlines are keen to develop those travel opportunities.

The fact that self-connectivity is primarily a passenger strategy to save on air fares indicates that price-sensitive leisure travellers would remain the key target for this type of self-connection platform – fitting nicely with the kind of passengers and destinations that LCCs all over the world typically focus on: short- to medium-haul holiday markets. So it’s not surprising that many short- to medium-haul Mediterranean destinations are among the self-connecting routes promoted by Gatwick and Milano airports, even in markets that are well served by direct frequencies or traditional flight connections.

A more sophisticated understanding of the potential for airports is needed, based on an airport’s geographic location and airline mix as a means of identifying different patterns of specialisation in self-connecting routes. During this research we focused on global air transport markets, as represented by the passenger itineraries included in a MIDT dataset for the first week of June 2014. In total, the dataset contains 1.4 million different travel itineraries in 462,599 origin-destination markets, involving slightly over 54 million passengers, 23 per cent of whom (12.3 million) travel indirectly (with at least an intermediate stop) to their destinations.

The largest market by far for connections is the North American one, followed by Asia-Pacific and the European Economic Area (EEA). These three intra-regional markets account for 46.5 per cent of global connections. With regard to intercontinental markets, the busiest ones connect the three aforementioned regions as well as North America with Latin America and the Caribbean.

Our research centred on predicting the amount of potential traffic that could be captured by self-connecting travel alternatives based on typical passengers extracted from our bookings data by means of a Poisson regression. Variables such as air fares; number of weekly frequencies; travel times; number of intermediate connections, or travel detours were considered in our model. The headline findings are that most of the self-connectivity potential is in intra-regional markets (but there is potential in long-haul markets as well); that LCC and second-tier airports have the highest potential to benefit from self-connectivity (but there are also opportunities for full service network carriers). Ultimately, to unleash the full potential, self-connection options need to be fully visible and integrated into the booking process.

The baseline model estimated that approximately four per cent of passenger bookings in global air transport markets could potentially involve at least one self-connection. This share increases to 7 per cent in the development one scenario (where self-connecting travel options achieve similar quality to traditional connectivity by means of self-connecting platforms developed by airports) and it doubles to 15 per cent in the development two scenario (in addition to the above, self-connections become fully visible in booking platforms). This growth comes at the expense of both non-stop traffic and traditional connectivity. Overall, the share of indirect air travel increases from 22.93 per cent to 28.77 per cent. 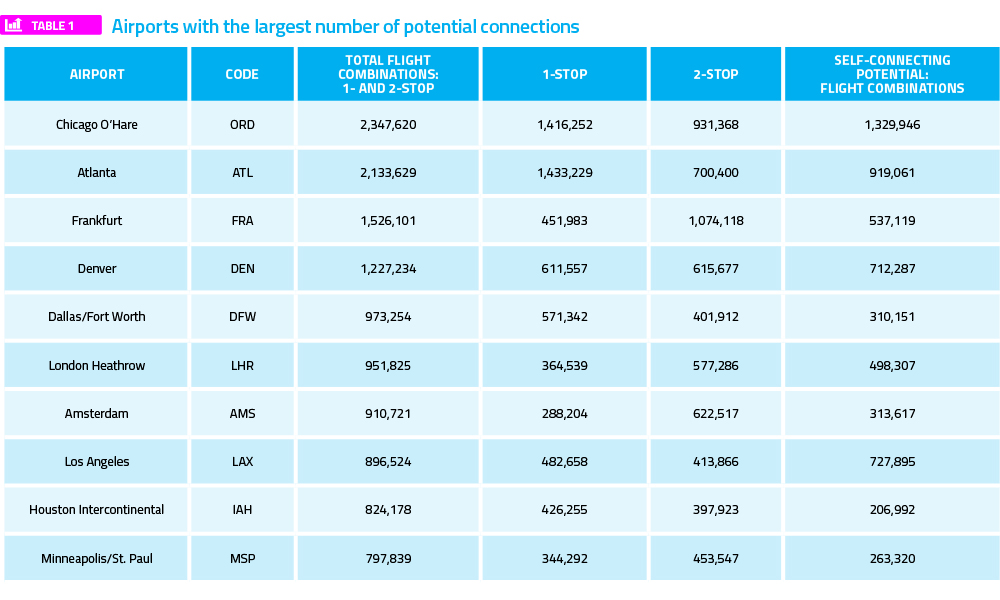 We have also analysed information on the top airlines according to self-connecting traffic potential in the three scenarios. As in the airport case, the airlines are grouped in geographical regions as per their home countries. Results indicate that LCCs like Ryanair, easyJet, Southwest, and Varig have the highest baseline levels of self-connectivity in each region as well as the highest potential for growth in the development scenarios. In spite of that, we also find traditional network carriers such as Delta and British Airways ranked highly. Since self-connectivity occurs between a feeding airline (that operates the first flight) and an onward airline, it is worth considering the potential onward partners for each major carrier. The first conclusion is that Southwest has the easiest implementation due to the largest proportion of inline self-connectivity (33.29 per cent). Among the other LCCs we can mention, in descending order, Ryanair (23.78 per cent), easyJet (19.18 per cent), and JetBlue (16.89 per cent). These results also reveal the existence of a high degree of reciprocity between some airlines, for example, Delta and Southwest would be one another’s top onward partner. In Europe there is also good reciprocity between easyJet and Air France.

From the airline perspective, there is a clear divide between LCC-dominated and other airports as the first translates into a higher share of inline self-connectivity. This would allow for an initial implementation of these services that is not fully dependent on interline negotiations. This, again, points at Gatwick as an ideal location to promote self-connectivity, and similar conditions are present in Las Vegas or Ft. Lauderdale airports.Further data shows that the top airports in each region according to predicted numbers of weekly self-connections fall under the three scenarios. At first sight, results indicate that the largest levels of self-connectivity are currently experienced by the airports that also have the highest levels of traditional connectivity. This includes major European hubs such as Heathrow or Frankfurt; Atlanta and Chicago in the U.S.; as well as Hong Kong and Dubai. In the European case, however, the major airports are not the ones that would benefit the most from the introduction of self-connection services. Second-tier airports with substantial LCC presence such as Barcelona, Gatwick, or Manchester experience the highest increases in connecting traffic in the development scenarios. In fact, most airports experience increases in connecting traffic with few exceptions, such as Frankfurt. Upon inspection of the raw data, this surprising result reveals a vulnerability of the primary German hub in intra-European markets, with passengers leaking from Frankfurt to alternative hubs such as Rome and Vienna.

This shows evidence for potential new opportunities across the industry – new niche markets, new airport profiles and new revenue streams. However, strong self-connectivity offerings require a new and active approach to route development, greater airport-airline collaboration and investment into baggage systems. This kind of significant integration of self-connections in the booking process also has the potential to challenge the current hub status quo by adding additional pressures, raising major questions for the full service network carriers on whether they want to join the game.

Dr Pere Suau-Sanchez is Lecturer in Air Transport Management and Course Director of the MSc Airport Planning and Management at Cranfield University. He has participated in several R&D and consultancy projects and published many academic papers. His recent paper on self-connectivity, co-written with Dr Augusto Voltes-Dorta (University of Edinburgh Business School) and Mr Hector Rodriguez-Deniz (Linköping University) has recently been published in the Journal of Transport Geography. He also regularly contributes to the Spanish newspaper La Vanguardia. 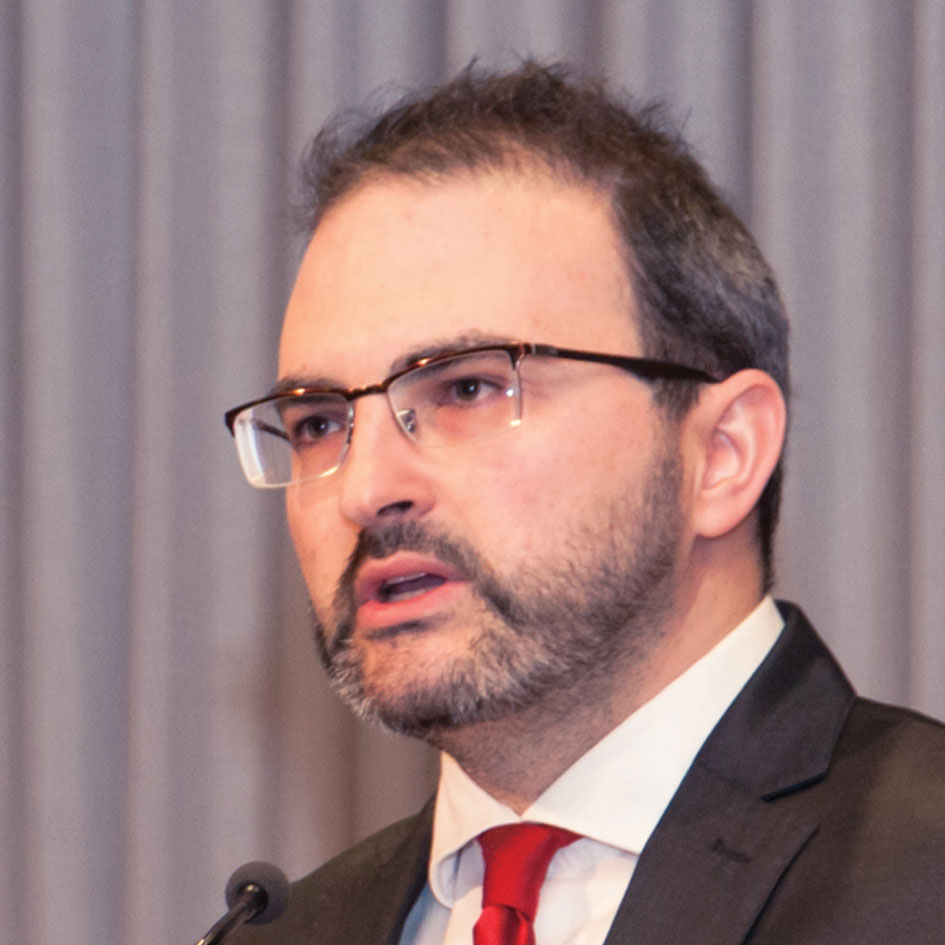