As part of a $2.4 billion redevelopment of San Francisco International’s Terminal 1, the airport has embarked on an exciting project to become the first airport in the United States to install a terminal-wide independent carrier system for baggage handling. Suzanne Culin, Terminal 1 Program Manager, reveals the potential the new system will bring. 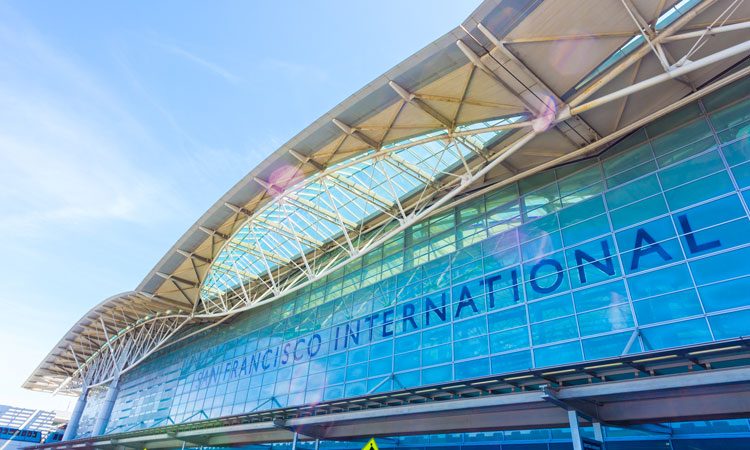 The redevelopment of the Terminal 1 building will make San Francisco Airport (SFO) the first U.S. airport to install a terminal-wide independent carrier system (ICS) for baggage handling. The flexibility provided by the ICS will help to improve airport operations, airline efficiency and enhance passenger experience. The system is the first to be approved by the Transportation Security Administration (TSA) for tote screening and will also streamline the security screening process and ensure 100 per cent traceability of each bag throughout the baggage handling process. 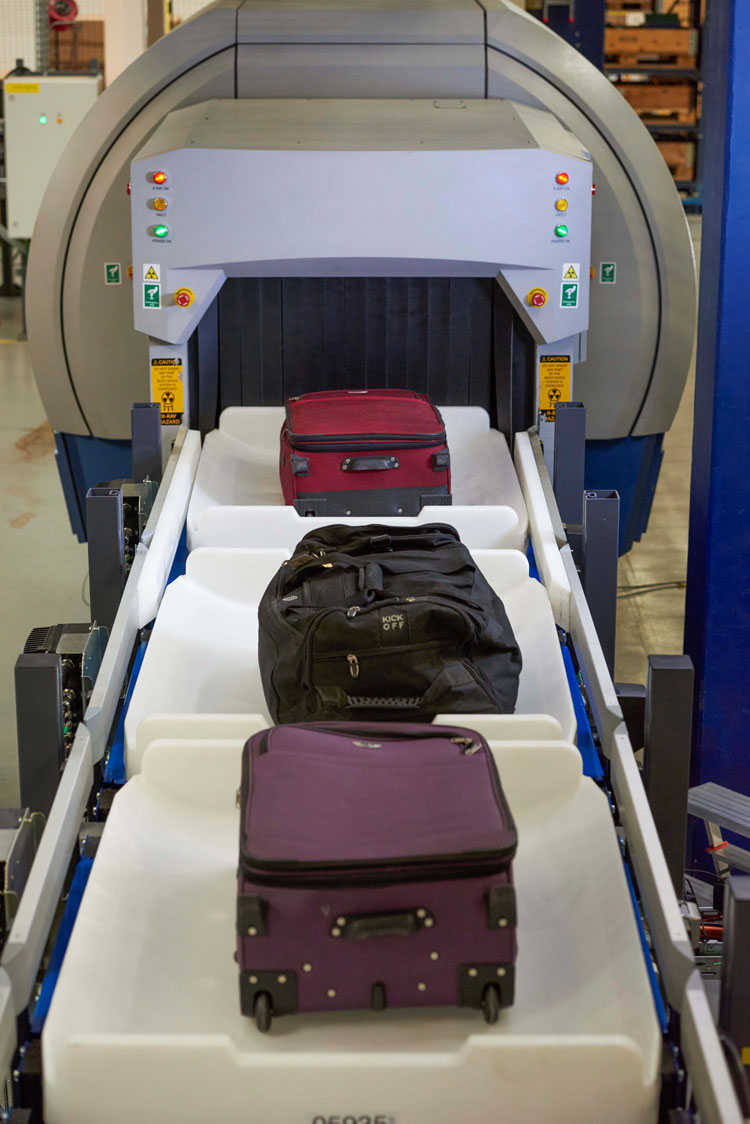 Safe and secure, the system has been approved by the TSA

A new approach to design and build

The large-scale redevelopment of Terminal 1 started with the demolition of a substantial section of the existing building. This was followed by the on-going reconstruction project which includes the installation of the new ICS baggage handling system. To ensure minimum disruption to passengers and the airlines, SFO has installed an interim baggage handling system (BHS) in the existing Terminal 1 until the new ICS is fully operational.

For such a challenging and complex task, SFO decided to procure the BHS provider, Beumer Group, early so that they could participate in the programming phase of the reconstruction project. By involving a supplier at this early stage, SFO ensured the new terminal building was designed to accommodate the optimal solution for the baggage handling system and to ensure that the new terminal is designed to provide the most efficient use of its screening and baggage handling resources.

Beumer worked as part of both design-build teams – one for the new concourse and the second leading the rebuild of the terminal – as well as with airport operations, airlines, the TSA and the primary stakeholders.

The close cooperation of a BHS provider at an early stage of the design-build process has offered SFO a number of benefits. In addition to the airport stakeholders being able to clearly understand the requirements of the project users, it helped to determine the complex phasing of the building project. The installation of the new and interim BHSs was synchronised with the construction schedule for the new terminal building.

Before deciding which BHS technology to use, the SFO team studied technical comparisons of different baggage handling technologies. The comparisons included operational, financial and sustainability factors, in addition to detailed schematic designs and recommendations for the system components required at each stage of the BHS. To ensure that the airport achieved the best value throughout the project, SFO also involved the BHS supplier in a transparent buyout process for procuring the installation subcontractors.

The design for the project has been completed and approved by both the local Building Inspection, Code Enforcement (BICE) authority and by the TSA. 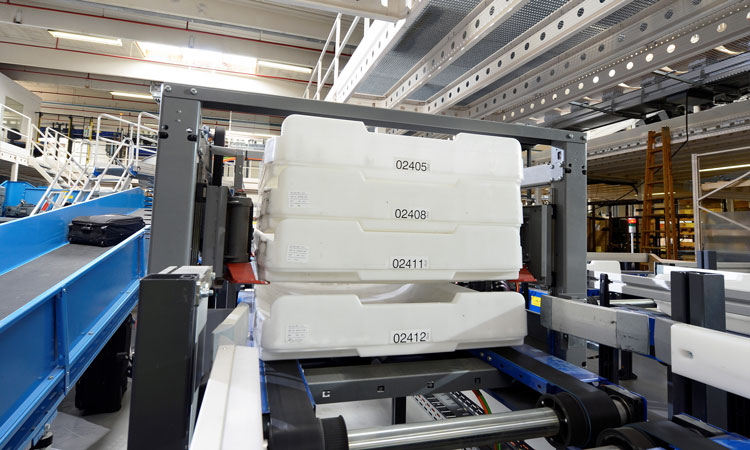 Based on Beumer’s technical comparisons, SFO made the decision to implement an ICS configured for common-use by all the airlines. The tote-based CrisBag® will integrate an outbound sortation system, inbound conveyor and baggage reclaim units in addition to in-tote hold baggage screening machines in one ICS.

The outbound system will feature a common-use check-in design with a two-step check-in process: Passengers will print their boarding passes and bag tags at a kiosk, before dropping the bag at a scale, label, dispatch (SLD) unit. The 40 SLD units will automate the control and indexing of bags as they enter the BHS and eliminate the need for airline staff to lift or handle baggage.

After check-in, each bag will be loaded into an individual tote on the ICS and the information in the bag tag will be linked to an embedded RFID tag inside the tote. The bag tag will be scanned by automatic 360-degree tag readers located at each of the loading points. As each bag will remain in the same tote throughout the baggage handling process it is possible to ensure 100 per cent tracking from the moment that the bag is loaded into the tote.

The bag will also remain in the tote during the automated security screening process, including when it is diverted for manual inspection by the security team. This will ensure that the bag will continue to be tracked as it passes through the security area. It also eliminates the need for the security personnel to manually lift the bag off the conveyor and delivers a consolidated security checkpoint for compliance with TSA regulations. After inspection, each bag will be released back into the system to be routed to one of the 19 make-up carousels. 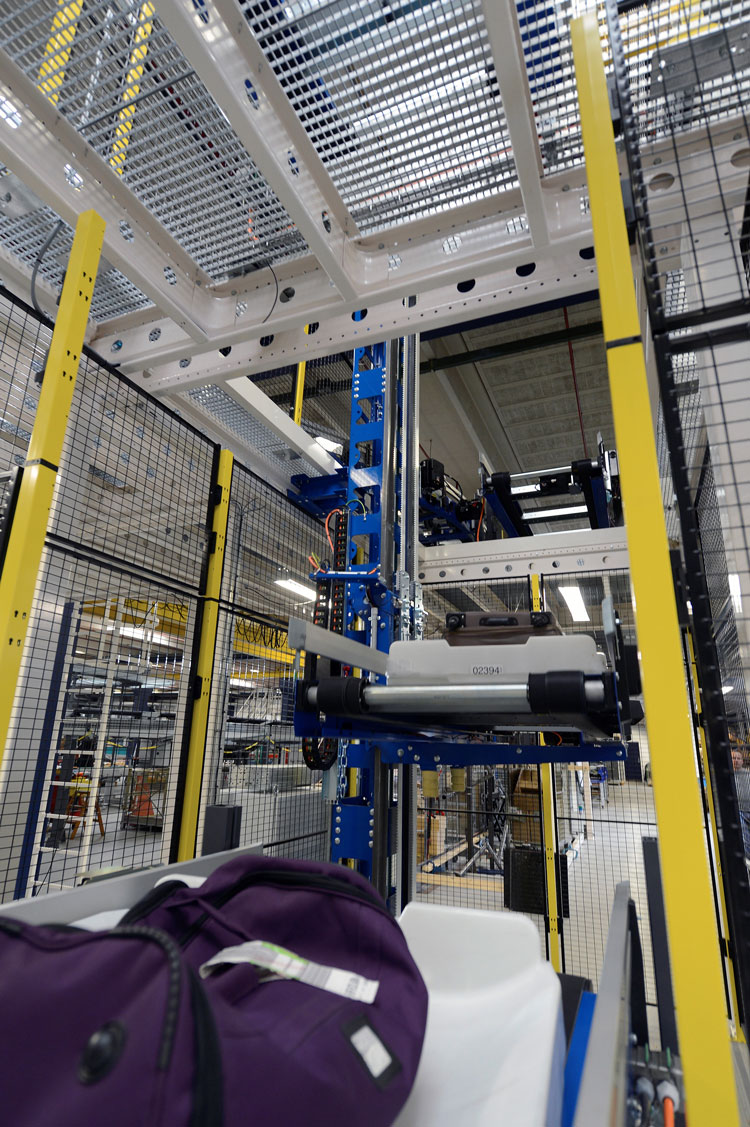 The common-use system can be used by multiple airlines

The integration of CrisBag and the CTX 9800 DSi Explosives Detection System enabled Beumer to become the first BHS supplier to be certified by the TSA for in-tote baggage security screening.

The hold-baggage screening system has been tested by the TSA across a range of scenarios and real-life conditions. The tests evaluated the system’s tracking, throughput, imaging, false-alarm rates and sorting capabilities. They also assessed the system’s ability to detect missing, unknown and oversized bags and the speed at which CrisBag associates an individual bag with its dedicated tote.

Unlike the conventional approach to baggage handling, in which each airline owns a dedicated system, this common-use system allows the shared use of a single system by multiple airlines. This concept has also been applied to the design of the common-use security screening area.

Using a consolidated security checkpoint will allow SFO to reduce the number of Computer Tomography X-ray (CTX) screening machines. In comparison to the 15 CTX machines which would be required to support four individual airline-owned BHSs, SFO’s new consolidated security area will achieve the same or higher throughput with just seven CTX machines. This has been achieved by configuring the CrisBag to balance loads between redundant routes.

The efficient use of resources was also a consideration in the design of the inbound and transfer systems.

Inbound and transfer baggage will be loaded into totes on belts located inside the concourse, close to the gate positions. Positioning the loading belts at apron-level in this way will reduce the amount of tug traffic by eliminating the need for tugs to drive into the main terminal. From the loading belts, the bags will be transported to a loading point before being routed to any of the 10 reclaim carousels. CrisBag’s ‘any input to any output’ functionality will give SFO the flexibility to load from any of the inbound lines and transport baggage to any of the reclaim units.

Each bag will stay in the same individually controlled tote from off-load at the gate to reclaim. This will enable SFO to enhance on-time delivery of inbound and transfer bags in addition to reducing the risk of bags being misrouted at this critical stage of the baggage handling process.

An important factor in the decision to install an ICS for baggage handling was the system’s ability to support SFO’s ambitious sustainability targets. The targets include the need to minimise the use of raw materials used in the construction phase and a reduction in energy consumption during system operation.

The common-use CrisBag will enable SFO to significantly reduce the number of separate systems required to meet its overall capacity targets whilst CrisBag’s unique start/stop feature will reduce energy consumption during operation. Unlike conventional systems which run constantly, each section of the CrisBag system only runs when a bag is detected as it approaches the section. When there are no bags to be transported, that section of the conveyor automatically shuts down until another bag is detected. The result is a very high level of energy efficiency combined with low operational costs.

This feature allows CrisBag to support SFO’s commitment to meeting the Gold standard of the Leadership in Energy and Environmental Design (LEED) certificate.

Choosing to deploy the first ICS baggage handling system in the U.S. underlines SFO’s role as an innovator in the airport industry. The optimised layout of the CrisBag ensures 100 per cent track-and-trace throughout the system whilst the centralised security screening will improve the speed and efficiency of the screening process.

The new system will provide the airlines with greater flexibility and ensure that SFO meets its commitment to provide a top-rated experience for passengers.

Currently in the construction phase, the first stage of the ICS with in-tote security screening is scheduled to go live at the beginning of 2020. SFO is currently negotiating a five-year contract with Beumer for the operation and maintenance of the system. 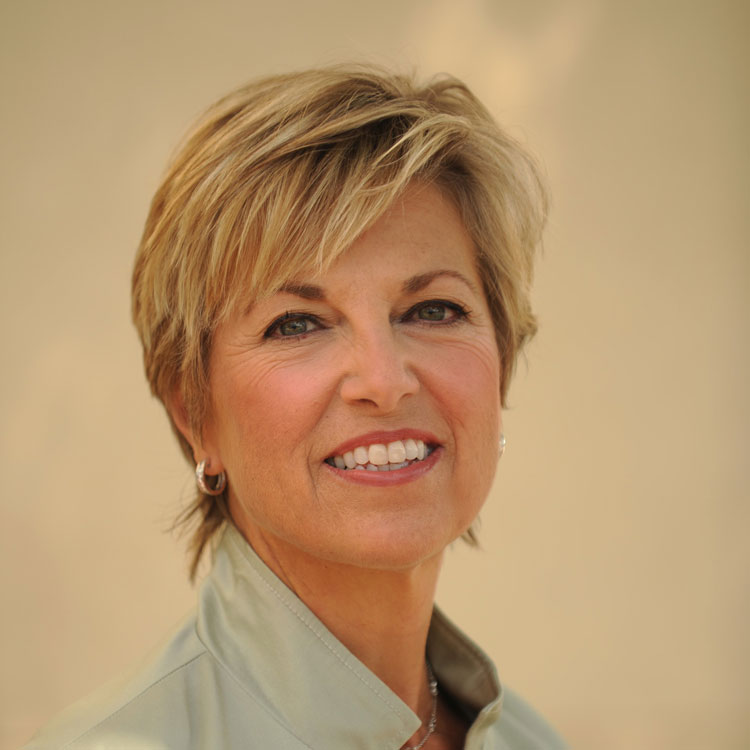