Posted: 28 September 2017 | Ho Wei Sean - Head of the Centre of Excellence for the Air Traffic Management Programme Office at the Civil Aviation Authority of Singapore | No comments yet

Ho Wei Sean, Head of the Centre of Excellence for the Air Traffic Management Programme Office at the Civil Aviation Authority of Singapore, explores the concept of a Smart Digital Tower for Changi Airport that provides the opportunity to transform and better serve traffic demand for Changi’s busy operations. 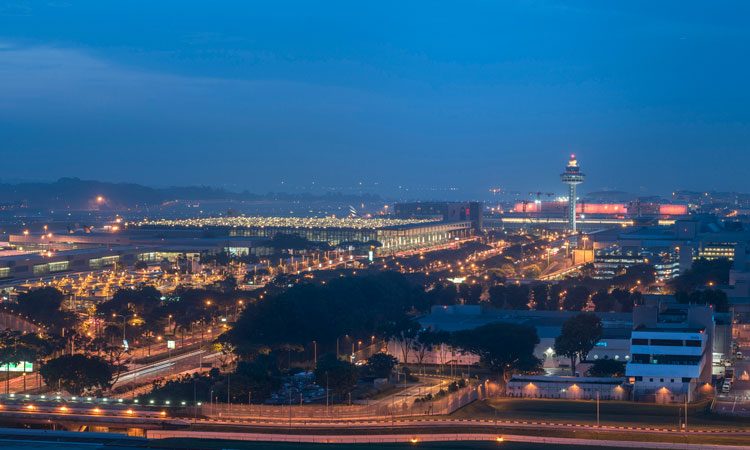 We are at an exciting phase of aviation development in Singapore. In the coming years, air traffic in this region is expected to continue its steady growth and in order to accommodate this a new Terminal 4 will open in Singapore during the second half of 2017. To cater for longer-term growth, a new Terminal 5 is also being developed. Upon completion, Terminal 5 will have an eventual capacity that is larger than Terminals 1, 2 and 3 combined – bringing Changi Airport’s total passenger handling capacity to 135 million passengers per annum. To ensure adequate runway capacity for Changi Airport’s continued growth beyond this decade – as well as catering to the future Terminal 5 – a three-runway system will be implemented by the early-2020s.

While Singapore aviation is enjoying strong growth, we also face challenges ahead. From an air traffic management (ATM) perspective, it is beyond doubt that operational complexity will increase with high intensity multiple-runway operations. A linear extension of our current capabilities is no longer an adequate or ideal response. For example, while we expand airport infrastructure, the need for integrated ATM operations that cover a much larger air space will be critical to ensure we can manage the additional capacity through seamless operations, without compromising safety and service levels. We also have to look beyond merely implementing more controllers, engineers and systems on the ground.

As operations become more complex, tried and tested ATM solutions may also prove inadequate. The aviation industry is well known for having a long gestation period for the adoption of new technologies, but there is a strong desire to transform this situation and shorten the cycle in incorporating innovations to develop leading-edge operations. As an air navigation services provider, the Civil Aviation Authority of Singapore (CAAS) have consistently made investments to not only provide quality air traffic control (ATC), but also facilitate safe and sustainable growth in the region.

In today’s environment, ATC at most busy airports is executed from a typical conventional tower with windows offering a 360-degree view of the airport and surrounding airspace. In recent years, however, remote tower operations (a new air traffic control concept) have begun to take off worldwide. It has primarily been adopted by small airports, but it promises to deliver a more efficient and cost-effective way to manage air traffic and aerodrome operations.

Development works on smart digital tower operations have so far been focused on airports with low to medium air traffic volume. However, with smart digital tower technology fast maturing, we believe that similar operational concepts can be scaled up and further developed to facilitate a busy airport such as Changi. Pushing the envelope of how future ATC could be executed, we have been asking ourselves – can our air traffic control officers (ATCOs) do a better job with enhanced visualisation and visuals augmented with aircraft information? Advanced technologies such as real-time digital data feeds (through cameras) and other surveillance technologies and data processing can potentially provide enhanced aerodrome situational awareness and improve ATC capabilities. This new concept is more than just remote tower operations. It will require a complete real-time digitalisation of the tower environment through state-of-the-art digital camera systems. This will in turn enable the introduction of advanced surveillance and decision support tools to manage live air traffic. This is what we call the Smart Digital Tower for Changi Airport.

Singapore has been exploring the smart digital tower concept with MITRE Asia Pacific Singapore (MAPS) since 2014. Ground-breaking research has been conducted at the MAPS laboratory in Singapore, which may see the first-ever smart digital tower that can serve the traffic demand at a busy airport like Changi. The research also took into consideration that operations will intensify and increase in complexity as we move towards three-runway operations. Beyond this, we are looking for new technologies that could be introduced to enhance what we already know is possible in existing remote tower concepts. Overall, we envisage the smart digital tower to potentially bring about the following benefits:

With the aforementioned in mind, CAAS and MAPS developed a preliminary concept of operations to define how Changi Airport could operate in a digital tower environment. Cameras were also mounted on the Changi Control Tower to capture video footage of the aerodrome to simulate the images that ATCOs would see in the smart digital tower. Two ‘human-in-the-loop’ experiments were subsequently conducted to test this concept. The first experiment aimed to determine whether ATCOs would have the same level of situational awareness by just looking at the video footage as they do when looking out the tower window. In the next experiment, ATCOs evaluated the throughput that could be achieved at Changi Airport using digital tower operations. For both experiments, feedback from the ATCOs was positive, validating that there was scope to develop a smart digital tower solution for Changi Airport.

Bringing the research forward – from concept to prototype

Having experimented with the operational concept, we are now in a position to build a working prototype with an industry partner. We recently published an open tender to invite the industry to join us on the journey to build a smart digital tower prototype system and validate the concept in the live Changi Airport environment. This will further the research carried out in the MAPS laboratory into the field, enabling ATCOs to evaluate the feasibility of this concept, and access the safety and technological risks of such an operation.

The prototype system is expected to have multiple fixed-position cameras to feed video images onto an array of connected video screens – mimicking the out-the-window view that ATCOs would see from a conventional physical tower. These fixed-position cameras are intended to provide increased visibility and improved line of sight for ATCOs. In place of binoculars in a conventional tower, the prototype system will include video cameras that can pan, tilt, and zoom, to enable a closer view of objects and/or areas of attention. It will also be designed to incorporate weather and flight plan information.

What will it take to succeed?

Operational acceptance of the smart digital tower prototype system by our ATCOs is key. The fundamental concern is whether ATCOs can trust what they see on the video feed and whether they can still see what they need, to carry out the responsibilities they are entrusted with. Will video images be the same or even better than what ATCOs can see from a control tower cabin? ATCO workload is also an area that needs consideration – will we see an increase or decrease in workload with improved performance? The smart digital tower prototype system needs to demonstrate that these can be met.

Ho Wei Sean is the Head of the Centre of Excellence for the Air Traffic Management Programme Office at the Civil Aviation Authority of Singapore. His office spearheads the development of ATM solutions for the future through collaboration and research and development, in line with global advancement of ATM. 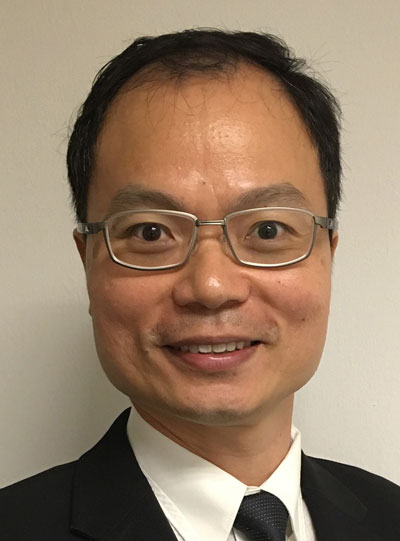