Gaël Poget, Head of Aeronautical Affairs – General Management at Geneva Airport, explores recent developments in apron services and management and explains how some airports could adopt a similar solution to the one that is working well for Geneva Airport. 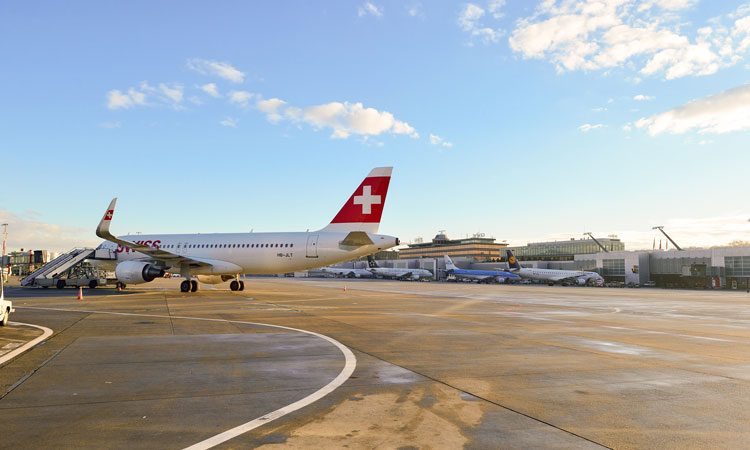 Every flight starts at the parking position of the departure airport, and ends at the stand of its destination airport. Air navigation services are provided throughout all parts of the journey, including in the vicinity of the aerodrome and to some extent on the ground. Airport operators are therefore impacted by air traffic management (ATM), even if it’s not their main concern.

Airports’ interests have to be carefully considered, but at the same time operators should be proactive in their relations with air navigation services providers. The development of a ‘Single European Sky’, for example (and in particular its technical pillar, the so-called SESAR programme), offers numerous opportunities for all stakeholders, including airports, to tackle capacity issues in the air and on the ground in that context.

On 7 December 2015, the European Commission released its detailed strategy for the aviation sector. With this commitment, Europe was looking to instigate a new era for the aviation industry, seen as a driver for the development of Europe. The European Commission recognised that “airports together with air traffic management services providers constitute the key elements of the infrastructure of civil aviation”2. The strategy recognised the overall enhanced capacity, efficiency and competitiveness of ATM, as well as the need to ensure “highly performing [and] competitive airport services”2 as key elements to ensure the sustainable growth of European aviation.

Considering the overall favourable environment that currently prevails, European airports have reason to be enthusiastic about the strategy delivered by the European Commission. They may also take their own initiatives to further improve their performance indicators along with the framework defined in the Commission’s paper. In that context, airports may be interested to explore new and different models of apron management services3.

The European airspace is one of the most fragmented in the world, and this fact has an impact on airports’ operations. In the late-1990s, the European Commission recognised the need to bring the common market spirit to the skies. At the time, frequent airspace congestion caused delays and European entities were required to take measures – both in the air and on the ground – to mitigate the negative impacts and modernise the system.

Having said that, the Single European Sky legislation was adopted in 20044 and revised in 20095 by EU Member States. Switzerland, Norway and Iceland have also implemented those regulations. This new legal framework was a great success as it promoted technical and operational measures and provided a basis for collective management of European airspace. The single sky to be implemented was foreseen as a gate-to-gate concept, including at least some of the airports’ operations, to create capacity. Apron services and management were not directly included, yet recurrent discussions have taken place (and continue to do so) at national and European level to consider the possible inclusion of such activities as aerodrome control services.

Nevertheless, the European Commission recognised in December 2015 that ‘despite some achievements towards a better performing network, the level of cooperation between Member States air navigation service providers is still far from optimal, and the technology used is not harmonised or state-of-the-art. EU Member States must overcome these challenges in order to achieve a true Single European Sky, which is one of the most fundamental challenges affecting the performance and competitiveness of the EU’s aviation system today (…)’2. This is duly acknowledged.

A more important role to play for airports?

Even if the legislation’s primary objective is focused on air navigation services providers, airports also have a role to play as the concept is viewed from a global perspective. Therefore, adequate planning and management of apron services should not be underestimated as it could offer benefits for the whole system.

Indeed, not all airports were entirely aware of the importance of those services for their operations, or their possible impact on ATM on a larger scale. And vice versa: air traffic management, without proper coordination with apron management services, can seriously undermine the efforts made to overcome capacity problems. Increasing capacity without ensuring availability on the ground will not result in the flexibility that airports need.

The aforementioned regulations previously list the conditions that need to be fulfilled in order to grant the right to manage apron services. As such, an airport operator, an air navigation service provider or another company may furnish such services, provided they possess the required certificate. The legislation leaves it up to Member States to decide how the delineation should be organised and how services are to be financed (within the limitation above others of European legislation in this regard).

Instinctively an airport operator may express great interest in running its own apron operations, given that it runs the platform. This enables a unified approach, from the point of passengers arriving on the landside ramp, up to the aircraft taxiing on its way to taking off. Secondly, the airport operator may also have an interest in developing dedicated requirements for its staff to be aware of the airport specificities set out in local conditions. Thirdly, many airport operators are already delivering other services to accommodate aircraft, such as loading and unloading passengers with reduced mobility, de-icing, handling, fuel delivery, etc. Providing apron services would complete the palette of services delivered in a coordinated manner. Finally, the management of the airport may have an interest in gaining a better understanding and control of all costs, in full transparency.

By keeping control of apron services, the airport operator maintains significant influence to ensure the existence of tactical capacity on the ground, and to maintain it for the foreseeable future. As such, this tool will contribute to the punctuality of the overall airport’s operations towards stakeholders.

At some stage, running apron services may require additional skills. Therefore, the operator might be interested to appoint, after a suitable process of procurement, an external company covered by a contractual relationship. Such a process will offer the airport the opportunity to set clear objectives and incentives to ensure sufficient capacity. The parties will then have a mutual interest in the common management of resources.

Ultimately, it’s important to give airports the opportunity to choose how they would like to manage apron services in accordance with their specific needs. The entity responsible for such services should be either unique or in the same location as air navigation services providers, to ensure proper coordination. Airports, like any other crucial stakeholder in the aviation industry, have far more to gain by proactively finding common solutions in that evolving environment.

Airports will continue to contribute to the objectives of the European aviation strategy by exploring new options in different areas and in close cooperation with relevant partners in the industry. By allowing airports to define for themselves, their needs and objectives in terms of apron services, and at a possible later stage for aerodrome control services, they will be positioned to find the most balanced solution between capacity, cost efficiency and competitiveness. Certainly it will not bring about a revolution, but there will be evolution, at least.

For the last several years, Geneva Airport has managed its own apron services in the south of the runway (essential commercial traffic). As the airport hosts numerous diplomatic receptions (Geneva is the host city of several organisations within the United Nations family such as WHO) and events (e.g. EBACE), this enables the airport to keep its operations as flexible as possible, in order to accommodate such recurrent special situations. It is done for the benefit of all stakeholders that use the airport.

It’s true that gaining more experience in one particular service may encourage some airports to consider tendering or contracting their own ATC operations. But this is a different matter, requiring further analysis of the experiences gained here and there.

Gaël Poget holds a law degree and a LL.M. in air and space from McGill University of Montreal. After several years in the Legal and International Affairs Department of the Federal Office of Civil Aviation, he joined Geneva Airport and is reporting directly to its CEO for Aeronautical Affairs. Gaël is Senior Officer in the Swiss Air Force and holds a private pilot license. 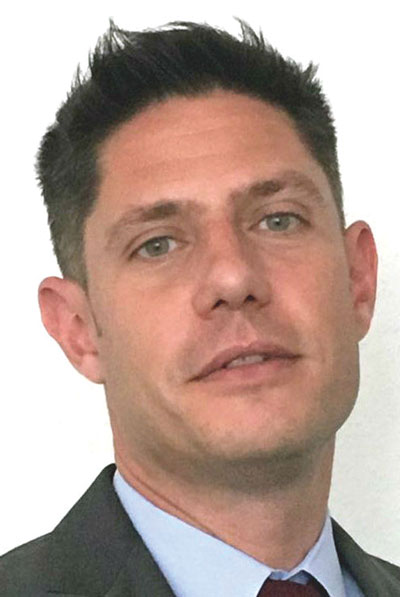