The airport of tomorrow

Already one of Europe’s most important international hubs, Amsterdam Airport Schiphol has embarked on a renewal and renovation project which, when complete, will enable an additional 14 million passengers to travel through the airport. Bernardo Gogna, Director of the Capital Programme at Royal Schiphol Group, reveals the plans. 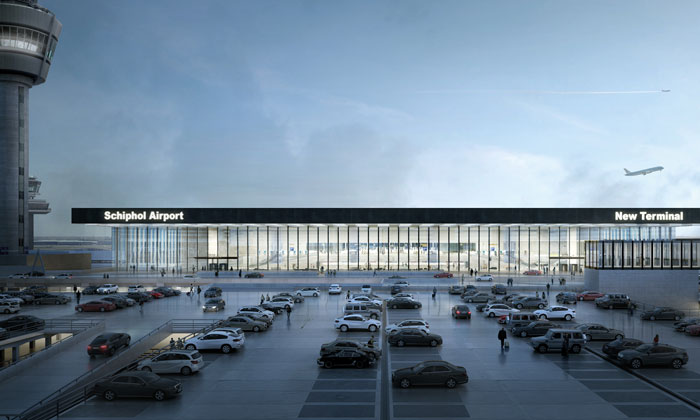 AMSTERDAM Airport Schiphol is one of the world’s major airports and aims to retain that position in the future. Every day, Schiphol works in collaboration with partners to exceed the expectations of its passengers. The airport is currently undergoing a major renewal and renovation programme, called the Capital Programme – building the Schiphol of tomorrow in the spirt of its founders. They thought outside the box in a time when this expression did not even exist. With the Capital Programme, Amsterdam Airport Schiphol will not just expand its aircraft and passenger handling capacity, but will significantly enhance the quality of the passenger journey.

The expansion projects will be carried out under the auspices of the Capital Programme, which is able to coordinate and manage the various complex, large-scale projects in an optimal way. This is necessary, as the airport must continue to operate as it would normally during the construction and renovation work. The expansion also requires specific knowledge and experience. Amsterdam Airport Schiphol has brought this expertise together in the Capital Programme.

With six runways, 90 gates and 2,787 hectares of airport area, Amsterdam Airport Schiphol is a very complex and challenging environment. A hugely important European hub, the airport serves 322 worldwide destinations directly and welcomes 63.5 million passengers a year through its gates.

It is densely built with very few open spaces and the existing road structure is heavily used. To avoid unsafe situations and to ensure smooth operations in this active environment, special requirements have been drawn up for all contractors working on the programme, especially when working on airside.

Amsterdam Airport Schiphol’s new terminal will open in 2023 and will allow 14 million more passengers to travel through the airport annually. In 2017, the airport selected the designer for the new terminal following a strict EU-tendering and assessment process with an international jury. Out of five internationally-renowned design teams Schiphol selected the design of KAAN Architects (with international consortium KL AIR) for its new terminal. The planned design puts the passenger first and will ensure a fast and smooth process. The new terminal will become part of the airport’s grand design and embraces the DNA of Amsterdam Airport Schiphol. The design process has begun, and the airport is currently working alongside KL AIR to thoroughly plan out all the important details related to the terminal such as the functions and passenger fl ow, to the structure and character of the building. In doing so all design choices must underpin and safeguard the achievement of our sustainability and circularity ambitions.

The new terminal will form an expansion of Amsterdam Airport Schiphol’s existing terminal and will adjoin Departure Hall 1 and Arrival Hall 1. Keeping the buildings together allows Amsterdam Airport Schiphol to retain the ‘one terminal’ concept and ensure that all the facilities are under one roof. The last time Schiphol permanently expanded the terminal was in 1993, when the current Departure Halls 3 and 4 and Arrival Halls 3 and 4 were built.

Besides being busy with design works, the first physical construction activities of the Capital Programme are also becoming more visible. Ramps were demolished in 2017, a new taxi-buff er has been constructed and in one night, all the driving routes and signs were changed to make room for the construction of the new pier, and later on, the terminal. On top of that, the parking garage P2 has been demolished to make space available for construction and the basement of the terminal.

Looking back over the last two years and among other things the airport has been very busy with the designing of new infrastructure for roads and utilities. This is needed to make sufficient space available for the construction of the new pier and terminal. And also to ensure a road structure that is as clear and easily understood by (arriving and departing) passengers as possible. The size and impact of this relocation of the underground utilities is the biggest in Schiphol’s history. A lot of important connections (data, air traffic control, power supply) need to be moved, whilst at the same time the airport (processes) must remain fully operational.

In parallel we have been designing our new pier building together with AECOM/Cepezed which is also completed. The preparation works for the piling (including foundation beams) ran on schedule and were completed by the end of March 2018.

Amsterdam Airport Schiphol will open a logistics hub of 100,000m2 in the second quarter of 2018 from where all construction activities and deliveries will be managed. This will ensure that the construction of the programme (i.e. the rerouting of the roads and utilities, the construction of the pier and terminal) will run smoothly without congesting traffic in and around the airport; safely moving equipment to the center of the airport; and transporting building materials to their destination in a safe and expedient manner. The logistics hub will be located south of the airport and will provide all the necessary space for people, machinery, vehicles and building materials. A logistic management team will be responsible for managing this process, including all the necessary tools, such as a delivery management system and a bussing service.

The new pier and terminal will be constructed in the most sustainable way possible. The airport is aiming for the LEED (Leadership in Energy and Environmental Design) gold certificate. In the pier, for example, there is greenery – trees, flowers and plants – all over the place. However, it is green in more ways than one. Sustainability is very important to Amsterdam Airport Schiphol, which is why the airport has carefully considered various ways of reusing energy and using reusable or sustainable materials in the design of the new pier. The ceiling, for example, is made of reusable plastic, marble rubblework tiles and 5,000m2 of solar panels. The toilets are flushed using rainwater, and much of the floor is made of bamboo. The new pier really is as green as it can be.

BERNARDO GOGNA has more than 25 years’ experience in international architecture and programme management, particularly with infrastructure projects both airside and landside. As program director at New Doha International Airport in Qatar, he was involved from the beginning to the development of the airport. In addition, he has contributed to various international projects such as Istanbul New Airport, Fiumicino North Master Plan and Philadelphia International Airport. 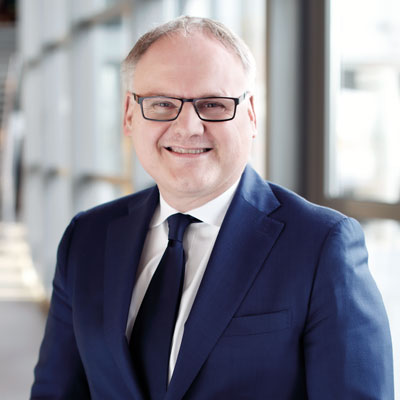