The use of drones for airport asset management

Ferrovial Airports prepares its airports for the future by studying the incorporation of drones into its asset inspection regime at Southampton Airport. 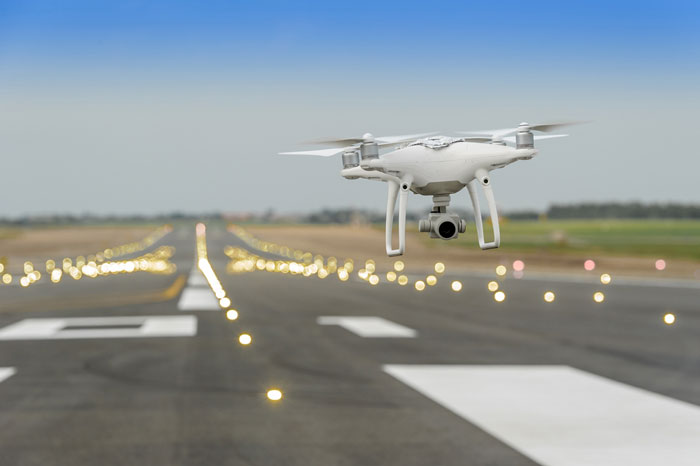 AERODRONE: Drones are both a blight on the airport industry and a technological advancement brimming with potential

Over the past few years we have witnessed how technological developments have changed our habits and improved a range of processes, making them more agile, accurate and fast.

Among these cutting edge technologies, there is a strong consensus on the transformative power of drones – small, unmanned flying vehicles that can be controlled remotely for many different purposes.

Their applications appear to be infinite and are growing all the time, particularly in carrying out many processes involved in the complex day-to-day operations of airports around the world.

However, it is important to embrace drone-assisted processes not because they’re innovative, but because they lead to more efficient operations and add tangible value to airports where they are implemented.

Based upon such an approach, a multidisciplinary innovation team consisting of Ferrovial, Ferrovial Airports, Southampton Airport and AmeyVTOL (a joint venture between VTOL Technologies and Amey), has  collaborated, carrying out a proof of concept to use drones for the airport’s asset management tasks.

The trial was carried out at Southampton Airport. The objective of the trial was to prove that drones could be used “Within Visual Line Of Sight” (WVLOS) to replace or complement manual inspection activities, as a first step towards a more commercially viable autonomous use of  unmanned aerial systems (UAS) in the near future.

The drone deployed for this project was a Skyjib 8 HL Quadcopter, which addressed the following activities: 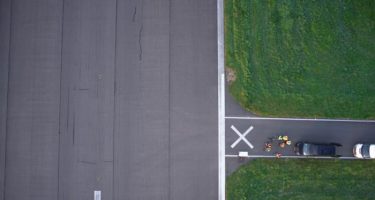 Image of the runway taken from 20 meters elevation 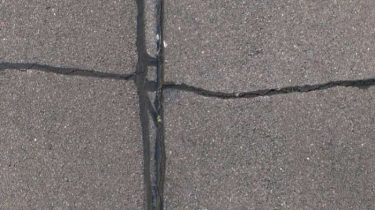 Image of the runway taken from 5 metres elevation

During a 5-hour test run, the drone was able to shoot both HD video and capture more than 900 high-definition images at 5, 10 and 20-metre heights above ground level. Both formats produced images in which defects such as small cracks in the runway surface could be detected to a level of accuracy greater than that capable with the naked eye.

The technical feasibility of using drones for these activities was fully proved, as it could lead to the following qualitative benefits:

Together with the technical feasibility study, the project team calculated the costs and savings of each activity to determine the economic viability of each business case. The conclusions were that the higher financial benefits were achieved with Level 3 pavement inspections and with building inspections that otherwise would have required costly scaffolding.

Dave Lees, Managing Director of Southampton Airport, said: “Southampton Airport constantly evaluates emerging new technologies, and the trial utilising drone technology has highlighted a potential breakthrough methodology to enhance both the efficiency and effectiveness of some of the airport’s operational activities.”

Taking into account these results, the next steps will be to analyse these applications at other airports managed by Ferrovial Airports, such as Heathrow, Glasgow and Aberdeen, and to engage with companies to establish inspection regimes that could deliver these services on an ongoing basis, potentially autonomously.

Gonzalo Velasco, Portfolio Management Director of Ferrovial Airports, said: “This initiative proves once again the need to continue to explore new ways of maintaining our airports, improving safety and providing a better understanding of the asset life cycle; always with the vision of creating sustainable airports.”