The airport is the first civilian airport to be built since the country was founded in 1948 and will eventually serve the Red Sea resort of Eilat and Israel’s southern region when it opens to the general public in early 2018. 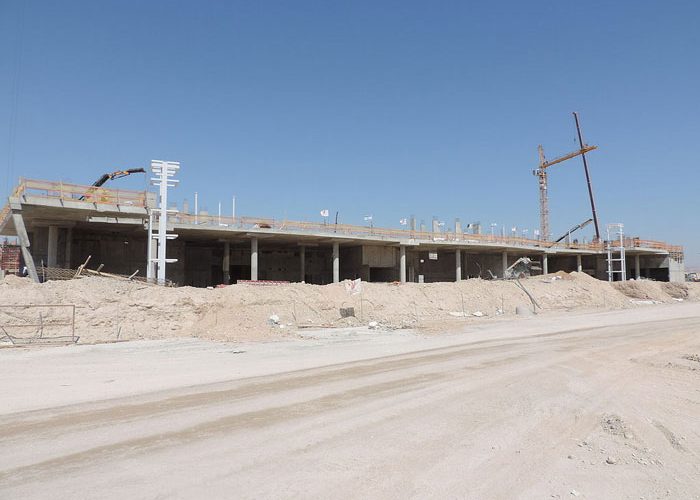 NEW KID ON THE BLOCK: Eilat Ramon Airport under construction

The test flight was carried out on an Embracer E-190 jet operated by Arkia as part of the Airport Emergency Plan being implemented in order to allow the airport to receive a permanent operating license.

The successful test flight will come as a sign of relief for Israel’s aviation bosses after delays have led to the airport’s opening being postponed from April 2017 to early next year. The airport has been under construction for the past four years and cost close to half a billion US dollars.

The new airport will be built 19km to the north of Eilat in the Timna Valley and is to be officially known as the “Eilat Ilan and Assaf Ramon International Airport”. It is the first civilian airport to be built in Israel since the country’s founding in 1948.

At the current time, holidaymakers arriving in Israel’s Red Sea resort of Eilat use either the Eilat J. Hozman Airport, located in the town of Eilat itself, or Ovda Airport, which is located 60km north of Eilat. The new Eilat Ramon Airport will replace both of these airports and the former will close down and be demolished, in order to free up land for commercial use in the centre of Eilat.


This video shows the test flight and showcases the airport’s stunning location amidst dramatic desert terrain scenery in the Timna Valley, at the heart of Israel’s Negev Desert.

The architects behind the design of the Eilat Ramon Airport, Moshe Zur and Mann Shina, created a design for the terminal building that incorporates large viewing spaces onto the outside desert scenery.

In fact, the design of the new airport aims to fit perfectly into its natural surroundings, with the terminal building’s low hanging roof resembling a desert boulder.

The tourist industry in Israel is hopeful that the new airport could bring about a dramatic upswing in these arrival numbers. Expectations are that around 2.25 million passengers will pass through the gates of the airport in its first phase, with closer to 4 million passengers eventually arriving at Eilat Ramon Airport in years to come.

Airlines currently serving the existing Eilat airports include Arkia, Israir Airlines, Wizz Air and Ryanair. These airlines are expected to transfer their flights to the new airport when it opens in 2018.

When passengers arrive at the new airport, they will benefit from state-of-the-art facilities, including a retail space of 3,320 square meters featuring a James Richardson Duty Free store and other high street brand offerings.