International Airport Review hears from Stan Ahmed, founder and Managing Director of the Airports Centre of Excellence, in search of new processes for airport operation differentiation. 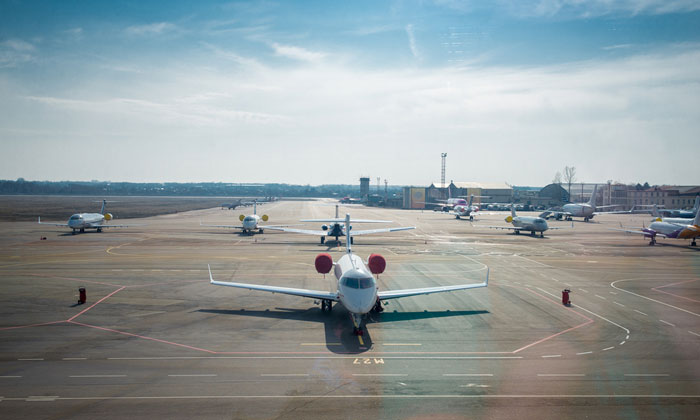 When we think about the future of aviation it is impossible not to let our minds run wild and speculate with vertical airports built in the centre of our cities, unmanned aircrafts flying over our heads and other far-fetched innovations veering into science fiction.

But as air transport continues to thrive – IATA just unveiled that growth in the global air passenger traffic market reached a 12-year high in the first half of 2017 – it is important to visualise and aim for those disruptive scenarios, but also to gain a more holistic view of what is really necessary to move towards more innovative, competitive and sustainable airports.

Because the airport industry faces many more challenges than just catering for the needs of an ever-increasing number of passengers. Over the last years we have seen a growth in passengers expectations, new technologies, an increased drive for sustainability and major shifts in security requirements, just to name a few.

Based on all of that and my prolonged involvement in the industry, I strongly believe that some of the most disruptive innovations within the airport space in the coming years will happen in the areas of operations, commercial, back-office and technology. Those may not lead to a radical shift in how people interact with airports, but will have profound implications for passengers, operators, airlines and retailers across the world.

Many of those changes will revolve around rethinking airport-related processes, as those underpin every activity that takes place in and around an airport and need to be refined or improved to adapt to the changing environment.

That is the idea that lies at the core of the new Airports Centre of Excellence (ACoE): an unprecedented initiative led by Lion and Gazelle and in partnership with Ferrovial Airports, the only operator that will be affiliated with the project, that aims to become the go-to point for world class airport excellence processes in the areas of passenger experience, operational efficiency and financial performance.

As we move towards operating at full capacity within the next months in our headquarters at Glasgow Airport, our team of 20 industry-leading professionals –with 300 years of accumulated experience contributing to excellence in airports across the world–, has already confirmed one of the premises of the project: that there is a wide range of airport-related processes which the industry could benefit from thinking outside the box and leveraging technologies such as big data, machine learning, and IoT.

In our effort not only to develop cutting-edge solutions but also to stay at the forefront of airport innovation, we know that we need a strong network of industry partners and like-minded organisations across the airport supply chain to make sure our projects don’t stay behind the closed doors of our labs and are widely adopted by airports all over the world.

That is why we have already signed exciting partnership agreements with Ferrovial Airports, one of the leading private operators in the world, involved in the day-to-day operations of airports such as Heathrow, Glasgow, Aberdeen and Southampton; Edinburgh’s Heriot-Watt University, which will act as our lead research partner; and the likes of Gentrack, Azinq, TIC, Aviation Intelligence, Working Time Solutions and Visual Management Systems. We have also become members of ACI Europe and the Institute of Six Sigma Professional (ISSP), and we are in talks to grow our partner base with leading airports, airlines, third parties and solution providers from all over the world.

Our aim is to create and industry leader team committed to make sure air transport continues to be the safest and fastest growing mode of transport in the world by contributing to operational and service excellence.

Let me end by saying that the airport industry is at crossroads. Most airports still compete on their locations and the routes they offer, but this is becoming increasingly less relevant as competition grows not only among airports but also among other modes of transport.

In that challenging environment that lies ahead, implementing innovative ideas to increase operational effectiveness, drive commercial revenues and ultimately improve the passenger experience could act as a powerful differentiator and help create significant value across the airport industry supply chain.

The Airports Centre of Excellence wants to become both a thought leadership platform and a one-stop shop for such innovations, so we would like to welcome with open arms all those willing to come on board and join us for this thrilling adventure.

One response to “Seeking new processes for airport operation differentiation”