Blockchain: The smart, secure and seamless future of air travel for all 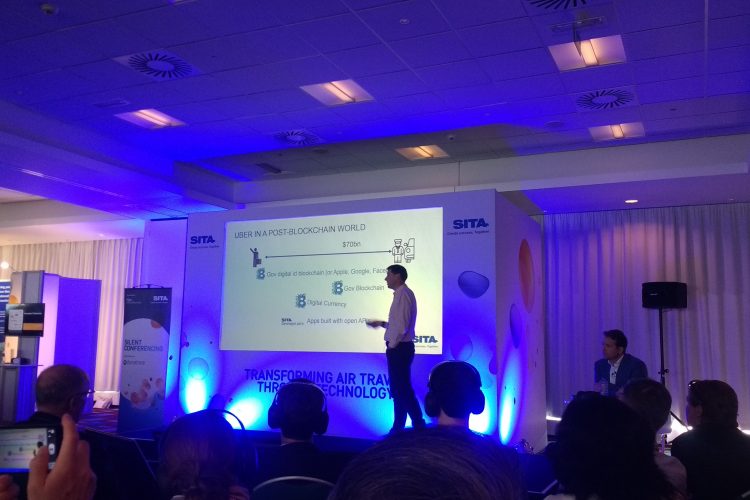 Blockchain, much like the internet was in the 1990s, is omnipresent in speech but many do not fully understand it. The predominant understanding of the internet in that prior period was that it was inevitably going to take over. And it did. Many argue, as does Kevin O’Sullivan of SITALabs that blockchain will too.

For several, however, it is hard to understand the hype behind the technology and this article seeks to clear this up – or at the very least make the blockchain behemoth slightly clearer for those in the air transport industry to understand.

For an easy-to-understand detailing of the technology, click here…

Blockchain is about trust. Like the other megatrends sweeping across industries such as automation and the Internet of Things, the blockchain exists within the framework of globalisation and the digital world.

Blockchain as a concept seeks to bring trust to business engagements where there might be barriers and friction and will be so important to a centralised world that is moving very rapidly towards decentralisation.

Blockchain exists within the framework of globalisation and the digital world

“Currently we have the verb ‘to Google’,” Kevin O’Sullivan states in Brussels during one of SITA’s many innovation sessions.

“Soon, we will be using the verb ‘to Verify’,” alluding to the idea that blockchain itself is a crucial means of data validation and verification.

So quickly, how might the blockchain have an impact upon the aviation industry?

Involved in the process of a flight, we have several different players and we shall call these ‘nodes’. These might include (and the following four are always included): the airline, airport, an IT supplier and the ground handler. The passenger however, only cares that his or her journey is the easiest, most hassle-free and essentially seamless experience that he or she could possibly have. The passenger isn’t interested which part or node is at fault if his or her flight is delayed, just that the situation is as resolved as quickly as possible or preferably, that it is avoided in the first place.

In order to ensure this, information – data – must be shared between these nodes. In order to restore a degree of validity or trust to the sharing process of this data, blockchain technology can be implemented. Blockchain validates the collaboration between the aforemention four parties.

What blockain brings is a distribution mechanism that ensures that all nodes are looking at updated data in a real-time manner and perhaps the best way of doing so might be within a close community (such as the aviation and airport industry) within which only certain people who need the relevant data have access to it.

This can be coined a ‘private blockchain’

For example, data about a specific bag, belonging to a specific passenger from Tokyo need not be public information and arguably should not be so. But the sharing of the bag’s journey from Haneda, through to Hamad Doha before connecting to London Heathrow requires that the bag be processed by multiple different parties. Placing her bag within the context of the blockchain would enable it to be tracked in real-time and the data made available to all parties that would need to have access to it.

In short, you can store digital records on the blockchain; transfer ownership of digital asserts on blockchain; you can execute smart contracts. Blockchain gives everyone the necessary confidence that they are looking at the correct data.

If something goes wrong for example with the bag belonging to the passenger that departed from Tokyo, the blockchain via the smart contract, can track its entire journey.

This happens today but crucially everyone has a separate copy of the same data. Blockchain ensures that everyone is looking at the same copy of the data.

The question now becomes: How might the industry re-engineer its business processes to incorporate blockchain?

As Kevin O’Sullivan continues, it becomes clear that the terminology is as the “peak of its hype cycle now,” but there remain “quite a lot of technological and regulatory hurdles” in its path.

“I haven’t come across any production deployments of blockchain, aside from say bitcoin, and I’ve been researching the technology for 18 months.”

“There has been a lot of research – especially in fintech – but no production deployment as of yet that I am aware of.”

It is here that the work still needs to be done. Many experts agree that blockchain can offer a trusted, coherent, instrinsically-valuable thread to data and cross-party information sharing. In a digitally-driven universe this notion is of fundamental importance.

Another benefit to the consumer we might offer specific to aviation is that currently, with flight information, we understand that the airline has access to certain data; the airport has other information and then we have the passengers themselves who look at their phones and check the airline app and its saying a different thing to airport screens.

This is a clear and fixable problem.

What conclusions might we draw from this insight here at the SITA Air Transport IT Summit 2017?

Though just one of several megatrends (IoT, automation among others beginning to dominate the online rhetoric), we are still years away from its maturity, but edging closer and closer.

“We need to think strategically about this moving forward.”

Though there is still much progress to be made, the consensus is become more and more evident: Blockchain is the safe, trusted sharing of data to ensure a secure, safe and seamless future air travel for all.

While the Internet was the great disrupter at the turn of the millennium… it certainly feels as if blockchain represents that of the early 21st Century.