How is Seattle keeping track of its multi-billion dollar capital improvements? 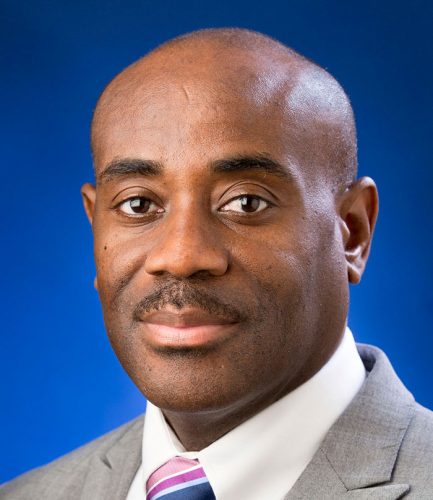 At Seattle-Tacoma Intl. Airport, it’s Lance Lyttle’s job to keep track of US$3.2 billion in capital improvements. And Mr. Lyttle, now Seattle-Tacoma’s Managing Director, is certainly up to the task. As former chief operating officer of Houston’s three airports, he oversaw more than $3 billion in improvements. And at Hartsfield-Jackson Atlanta Intl. Airport, he helped oversee a capital budget double that amount. Mr. Lyttle, who may be the first Jamaican-born manager of a US airport, recently spoke to journalist Phil Fine about the challenges of running Seattle-Tacoma, now America’s ninth-busiest airport, as well as one which handled a record 45.7 million passengers last year.

The Washington Examiner, a weekly paper based in Washington, D.C., recently listed Sea-Tac as one of the 10 worst airports in America – mainly, it seems, because of delayed flights.

That’s a surprise. Because official numbers say otherwise. In 2016, the U.S. Bureau of Transportation notes, 83 per cent of our flights arrived on time, putting us in no. 10 spot. Moreover, 87 per cent of our flights left on schedule, putting us in no. 3 spot – up one notch from 2015. Want more proof? Go to FlightStats, the global flight tracker. There, you’ll find that for 2016, 88 per cent of Alaska Airlines’ flights arrived and departed on time. And since Alaska Airlines represents 50 per cent of our total traffic, we’re obviously doing something right! Keep in mind that the results of any airport survey vary with the time of day. One survey will show that we’re one of the worst airports; another, that we’re one of the best. Still, we take any criticism seriously. If a traveller, for example, says our washrooms are dirty, we’ll look into it. But if he says our security screening is efficient, we’ll work hard to keep it that way, or even improve on it. We’re also considered kid-friendly. Just look at Red Tricycle, a California-based website that focuses on parenting.

Vancouver Intl. Airport, just 250 km. to the north, is obviously a strong rival – especially when it comes to trans-Pacific flights. Over the next 20 years, for example, it plans to spend C$5.6 billion, expanding its terminal and building new runways.

But we’ll be expanding as well – to the tune of US$3.2 billion. For starters, we’ll be building a new international arrivals building (price tag: US$660 million.  And it’s crucial we do so. Our current facility, opened in the 1970s, was designed to handle 1,200 people an hour. It’s now handling 800 an hour more.  But our new building will boost that number to 2,600, as well as eventually double our number of international flights and destinations.

And we’ll have them – 20 to be exact, eight more than now. We’ll also boast 80, instead of 30, passport check booths and kiosks; as well as seven bag claim carousels. Now, there are just four. And because we’ll have a single bag claim process, passengers won’t have to ride a train to the baggage claim. Perhaps even more important, the minimum passenger connection time will drop to 75 from 90 minutes.

And your other major capital project…

Is the renovation of our north satellite facility, home to Alaska Airlines, our most important tenant. Not only will the 44-year-old facility gain eight new gates, but it will be extended 240 feet to the west. We’ll also add an upper level mezzanine and a rooftop lounge, one with a view of the Olympic mountains. Phase one of the US$550-million project will be completed in 2019; phase two, in 2021.

Many parts of the U.S. are still in the doldrums, waiting for President Trump to make good on his promise of restarting the economic engine.

But our service area, the Seattle-Tacoma region, is growing like Topsy. Companies are expanding. And with corporate expansion comes more business travel. So, our airport must keep pace. We’ve wanted to expand for a few years now. But we were unable to do so until the economy got better. You might say we’re just now starting to catch up. A good thing, too; for the past three years, we’ve been the fastest-growing large hub airport in the U.S.

So how do you decide which routes to add?

By looking at which companies in our region – Amazon, Boeing, Expedia and Microsoft, for example – might be expanding. We’ll also look at specific demographics. If, for instance, the Indian, or south Asian community in the Seattle-Tacoma region is growing, we might consider introducing flights to India. Of course, I can’t say which cities we’re now targeting. That would tip our hand! Moreover, it’s the airlines, and not us, that will ultimately decide if they’ll come here.  So, we have to convince them they’ll make a profit. Moreover, any airline that might want to put us on its route map has to have a plane that’s capable of flying here.