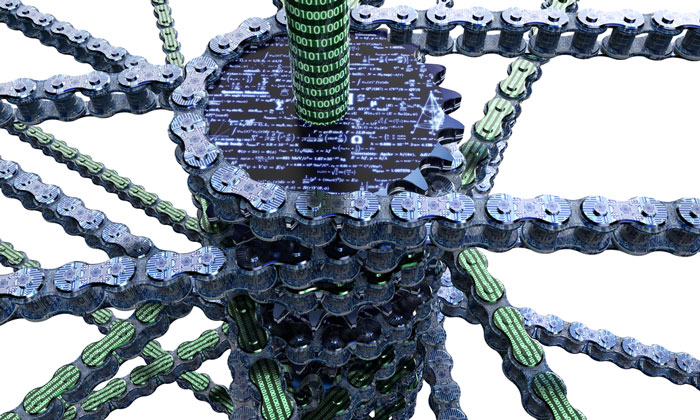 It’s often difficult to cut through the real benefits of new technologies; being able to see through the hype, the exaggerated enthusiasm of technologists, and the vendor value propositions. Whilst the blockchain technology is certainly here to stay, and it has the power to radically disrupt the landscape for the better; it’s imperative to have a clear view on what it actually is, where it comes from, and what it is capable of.

The blockchain core concepts are inevitably linked to the fundamentals of the Bitcoin blockchain as the pioneer of this innovative technology. Bitcoin is the only blockchain that has gone beyond a visionary paper, or a prototype; with wide-scale adoption for a specific use case. It has been under constant attack since its birth; yet it’s still alive and kicking with a fairly stable price growth, and a market capital close to $17 billion.

Without intending to downplay the clever architecture of it; Blockchain is a type of database. Whilst traditionally data resides on a central infrastructure, with back-ups and redundancy measures; the blockchain technology embraces a distributed architecture.

Blockchain is a type of database

Google pioneered distributed architecture when creating the MapReduce. This algorithm enabled them to handle large number of queries of huge and complex data sets (Big Data). It is perhaps the most important building block, or what inspired the inventor(s) of the first blockchain. MapReduce was later open sourced to Hadoop by the Apache Software Foundation. Put simply, the blockchain technology is the decentralised version of Hadoop; additionally leveraging crowd computing and infrastructure (e.g. Mining).

The are 4 general reasons why the blockchain technology is a game changer:

Consensus is a critical component in the context of blockchains. It is when the majority of the nodes holding a copy of the database, state what the single version of the truth is. The Bitcoin blockchain arrives at consensus when the majority of the the users (miners) have the same version of the database; more specifically the database is a chain of data blocks which are tightly coupled through a cryptographic hashing algorithm.

In analogy, imagine each block as a box with some valuable content inside it. The first box is locked, the key is then thrown into the next box, which in turn is locked and its key thrown into the one after that etc. In other words, if a box is taken out, the chain is broken.

In short, crowd consensus in combination with hashing is what keeps things running smoothly, preventing invalid alternations to the existing, and the creation of new data on the blockchain.

In the case of the so-called private blockchains, it may be overkill:

Private blockchains are perhaps better represented if referred to as a shared database rather than a blockchain. Blockchain implies a public, open source, vendor agnostic, and crowd sourced distributed ledger architecture.

3. Identification of Use Cases

Is it a solution looking for a problem? maybe. Is it able to solve some tough problems? definitely. Whilst it is true that technology is there to serve as a tool to meet business requirements; without awareness of what solutions are on offer, business may be busy fighting the wrong battles.

As a rule of thumb, the blockchain technology is of value when you need an absolute neutral mechanism to establish an immutable record, proof of existence, ownership, and integrity with a time stamp.

Exploring and identifying blockchain use cases requires both business understanding as well as an enterprise architecture view; whilst repeatedly asking the question whether a traditional database, a shared database, or one with integrity assurance would be sufficient for the job, rather than a full-fledged blockchain.

Let’s dive into a simple use case to:

To illustrate this use case, the text and the name of the author of this article have been put in a single file (article.txt), cryptographically hashed (output) and published on the blockchain (transaction record).

4. Anticipation of change in technology, rules and standards

The blockchain technology consists of, and is dependent on a wide range of components; some of which have been tweaked by the respective developer community over time to ensure efficiency and effectiveness of the system. A few of such components include:

Validation and confirmation of transactions on the Bitcoin blockchain is a good example of a volatile variable that has a significant business impact. Potential changes could be; the time it takes for a transaction to be validated; or alterations in the consensus incentive model and the associated rewarding system. Both of these potential changes can lead to a higher cost of using the blockchain. Awareness of what is likely to evolve over time and the scheduled updates is critical to be resilient to the inevitable impact of change.

Whilst change may be the only constant in life and the future may seem like the incomprehensible random result of a colossal range of seemingly unrelated factors; some companies manage to consistently get it almost exactly right.

One of the key pillars of the blockchain technology is the way crowd computing is leveraged to arrive at consensus in a decentralised manner, i.e. how the system determines the single version of the truth.

Being devil’s advocate; theoretically if a mining pool has more than 50% of the computing power of the whole system it could tamper with the truth. That said mining pools have not yet passed the 51% mark, as miners tend to leave such pools. Recent hashrate distribution shows a fairly balanced state of computing power amongst the mining pools.

Awareness and tracking of the economics of mining has a direct impact on the speed and cost of the blockchain technology, and should not be neglected by the end-users of the system.

Similar to the evolution of technology, rules and standards; regulation governing the use of the blockchain technology is around the corner. In particular in the context of financial services.

Last year the EU parliament proposed to introduce smart regulation of the blockchain technology. Closer analysis of this resolution shows that it is more of a learning exercise rather than a regulation.

Across the pond, the US Federal Reserve released a research paper on distributed ledgers, presenting the technology in a very positive light.

“In the context of payments, Distributed Ledger Technology (DLT) has the potential to provide new ways to transfer and record the ownership of digital assets; immutably and securely store information; provide for identity management; and other evolving operations through peer-to-peer networking, access to a distributed but common ledger among participants, and cryptography.” (Distributed ledger technology in payments, clearing, and settlement, US Federal Reserve)

Regulators seem to be trying to gain understanding of this technology before making a serious step forward. When this happens, the biggest impact is likely to be on use cases in the financial services space.

7. Building your own blockchain

Developing a new public blockchain from scratch can be an opportunity to devise a more efficient architecture to maintain confidentiality, integrity, availability and autonomy of the ledger and the associated transactions.

The architecture for a universal distributed ledger to maintain a tightly coupled chain of records (blocks) doesn’t need to be as complicated as the Bitcoin blockchain; nor does arriving at consensus necessarily require an incentive mining model or thousands of validating nodes across the network. Going from Proof-of-Work to more efficient consensus models such as Proof-of-Stake, or Proof-of-Space is a good example of where improvements can be made.

“Storage is different to power or processing in that it’s very easy to have lots of additional capacity lying around. Someone who bought a hard drive for an unrelated reason and happens to have storage to spare will be willing to get extremely low returns on it, because it’s not costing them anything extra to mine with it.” (Bram Cohen, Creator of a P2P protocol for distribution and storage of files)

Do you know about or have experience with the blockchain technology? Share your views in the comment section below.

Want to know which technologies will revolutionise airport and aviation in 2017? Find out here…