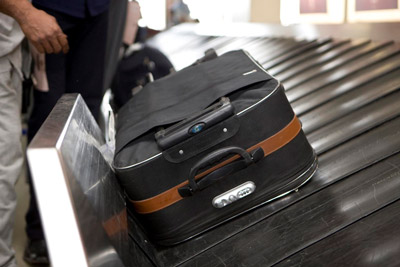 Baggage handing is undergoing a worldwide tech revolution. To explore this further, International Airport Review spoke to Max Rangeley, CEO, ReboundTAG about microchip tag technology and why it could revolutionise the baggage handling process.

What is ReboundTAG and how does it work?

ReboundTAG is the first microchip luggage tag that works in all airports worldwide. It means that a lost bag can be identified in any airport – it has a radio frequency identification microchip (RFID) for airlines using RFID but also has NFC chip for smart phones, a Qr code and an ID printed on the tag which can be entered manually. It is also integrated with baggage systems so that the owner of the bag is updated by SMS and email when their bag is found. 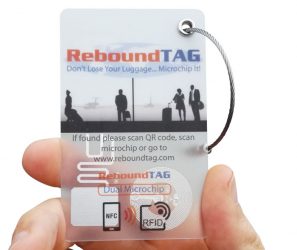 Could you briefly describe how the ReboundTAG came into being (a brief history)?

We have worked with airlines for several years, from before we even started selling tags Lufthansa showcased ReboundTAG as a way of preventing lost luggage worldwide, including at the Annual General Meeting of IATA where they showcased it for three days to all of the delegates (Lufthansa has generally been the most advanced airline for these types of technologies). We worked with airlines, airport microchip companies and other related parties to ensure that the tags work in all airports.

ReboundTAG is the first microchip luggage tag that works in all airports worldwide.

We were also invited to contribute to the IATA working group deciding standards for microchip luggage tags for airlines – we helped design the system so that tags cannot be cloned by drug dealers/terrorists etc and also so that flight details can be securely encoded onto the chips in specified memory banks, so we have a good knowledge in how these systems work.

Why is ReboundTAG an example of an important product to aviation and the airport industry at present?

Airlines lose around 25 million bags every year and lost luggage is frequently voted the most annoying aspect of modern air travel in polls. Almost all frequent air travellers will have their bag lost by an airline at some point, and we provide the most advanced and effective solution.

On a more general note, what is the biggest challenge facing our industry at present?

Well, security is of paramount importance – nothing is more important than safety – but when it comes to passenger experience lost luggage has to be at the top. When a few hundred holidaymakers or business-people arrive at a destination, statistically there will be several whose bags did not arrive – this has to be dealt with.

What do you feel needs to be done to resolve it?

Airlines are still effectively using the same technology for baggage which they were using in the 1970s – can you imagine using the same computer or television people were using in the ‘70s? New technologies like RFID are going to radically change how we process luggage, the technology is tried and tested and results in a massive improvement for little cost. Permanent RFID luggage tags like ReboundTAG that also work in all airports worldwide mean that people can use RFID for their own bags, too; they don’t need to wait for all the airlines to catch up with the tech.

Finally, what new technologies are you most excited about for the aviation and airport sector?

For me, I would have to say the baggage technologies. After decades of stagnation things are now moving quickly. IATA have done a fantastic job in looking at these new technologies for baggage and promoting them. In the age of Twitter and Facebook when an airline loses someone’s bag it is telegraphed to the world – this means they have to take notice.

and set up ReboundTAG. He worked with airlines, airport microchip companies and other parts of the travel industry to develop ReboundTAG – the first microchip luggage tag that works in all airports worldwide.