In the early 1970s, the Canadian government began to buy up land at Pickering. Today, it’s known as Pearson and it’s the busiest airport in the country. Phil Fine asks Fred Lazar… 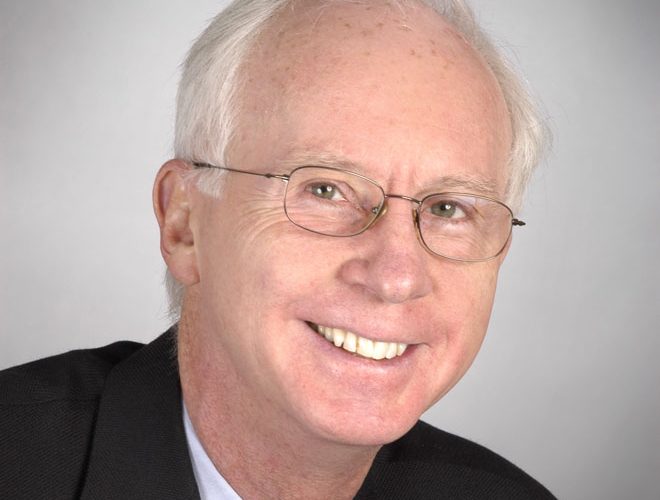 In the early 1970s, the Canadian government began to buy up land at Pickering, a bedroom suburb east of Toronto, to build a new international airport.

Toronto, of course, already had such a facility. Today, it’s known as Pearson International. And it’s the busiest airport in Canada.

But when the government’s plans for Pickering became known, area residents howled in protest. As a result, the plans were shelved. And the airport became a dead letter for the next three decades.

Yet in mid-November of last year, Pickering City Council surprised everyone by announcing it would ask the federal government to go ahead and build. And although the council backed down, its about-face left many people reeling.

Phil Fine recently spoke to Fred Lazar, a professor of business at Toronto’s York University, about the council’s surprise move, as well as other issues concerning airports, including a possible threat from global warming.

Pickering residents never wanted the airport. So why did their city council decide to re-open the issue?

Councillors were likely sold on the idea that an airport could spark economic development. After all, many airports worldwide have produced studies showing this to be the case. But a new airport in Pickering makes no economic sense.

For one thing, Pearson International still operates at 20 to 25 per cent below capacity. Indeed, its runways could easily handle twice the number of planes. All that needs to be done is to beef up air traffic both there and across Canada. Moreover, Pearson’s passenger terminals can be expanded. In fact, with only modest investments, the airport could easily handle 80 million passengers a year – twice the number it now puts through.

But some might argue that Pickering could be a backup for Pearson.

But there’s already a backup: John Munro Airport at Hamilton, Ontario, just 78 kilometres southwest of Pearson. Not only does Munro operate 24/7, but it’s underutilised. So, it can easily handle any spillover. Yes, other big cities — New York, Los Angeles, Tokyo and London – do boast multiple airports. But Toronto will never be as big as these cities. So, it won’t need a string of airfields.

Still, if Pickering is built, it will likely face opposition, won’t it?

It will – especially from environmentalists who worry that any jump in air travel simply enlarges the carbon footprint.

To ease the squeeze on Pearson, the Ontario government is thinking of introducing high-speed passenger trains across the southern part of the province.

Which makes no sense, even though the government is really pushing the idea. Of course, this isn’t the first time Canadian politicians have called for high-speed rail. The idea, which initially left the station in the mid-1950s, seems to rumble down the tracks every 10 to 15 years. In fact, there’s now talk of converting diesel-powered passenger trains between Montreal and Toronto to electric locomotion.

It’s one thing to shuttle passengers to Pearson by high-speed train. It’s another to shuttle Torontonians there by public transportation.

It certainly is – especially given Toronto’s few subway lines. Look at the miles of rapid transit that car-obsessed Los Angeles has laid down over the last 20 years. Now, compare that to Toronto. During the same period, it’s built only two short subway lines. And although it would be nice if Toronto could quadruple the size of its present system, it’s unlikely to do so over the next 20 years. For one thing, the city doesn’t have the money. For another thing, Ontario has been reluctant to build more subways for fear of losing political support in rural areas. True, a new railway service now links Pearson to Union Station in the heart of Toronto. But for many travellers, taking a cab, a car, or a Uber vehicle beats going all the way downtown just to catch an airport train.

Yet, even with more subways, you note, many travellers may still not use them.

That’s because people who go to and from Pearson don’t move in one major direction. They arrive and depart from all points of the compass. But this isn’t the case, for example, at Heathrow where most passengers who deplane go first to London and then to their final destinations.  Then, too, the fastest-growing parts of Pearson’s catchment area are north and west of Toronto. And these are the two regions now most under-served by public transit. 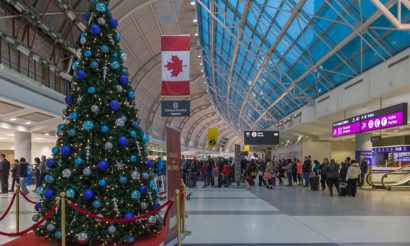 Nor are they likely to see upgrades anytime soon. For starters, the area straddles different municipalities, making it difficult to reach an agreement. Moreover, in any transit upgrade, the province of Ontario would provide most of the money. And as I’ve already suggested, upgrading the area’s transit links to Pearson isn’t one of its priorities.

A Canadian politician recently warned that Vancouver International Airport, which sits next to the Fraser River, would be flooded if global warming occurs. Do you agree?

Various studies say water levels will rise quickly; other studies, not so fast. Still, if the climate change experts are to be believed, Vancouver has only 20 years in which to prepare. So, it should already be building seawalls to keep its runways dry.

What other North American cities are at risk?

Airports on the West coast: San Francisco, Oakland, Los Angeles and San Diego and, on the other side, Boston, John F. Kennedy, Laguardia, Philadelphia, Ronald Reagan (Washington, D.C.), Fort Lauderdale and Miami. And it would take only a slight rise in sea level to put them out of commission. True, Boston’s main airport, Logan, does boast a seawall. But it was built many years ago. So, I’m not sure if it will be high enough.

Across the Pacific, Sydney is at risk, as is Narita in Tokyo, while in the Mideast, Dubai Intl. is in danger. In fact, I don’t think Dubai has any seawalls. All told, there’s a disconnect between what the experts are saying about climate change and what people in the airport community are doing.

Granted, Airports Council International has likely held discussions about the implications of climate change. But I haven’t seen any of the airports that are most at risk taking any protective action. Yet, another problem, particularly on North America’s West Coast, is the threat from tsunamis.  No one is taking any precautions. And, here, Vancouver International is especially vulnerable, given that a lot of experts predict that Vancouver will suffer a major quake before San Francisco or Los Angeles.

But is there any alternative to building seawalls?

Relocation. But this isn’t always a solution. True, Vancouver International could be relocated inland to Abbotsford in the nearby Fraser Valley, while Ronald Reagan could be relocated to Dulles International, 40km from downtown Washington.  And although two airports in the Los Angeles basin – Burbank Bob Hope and John Wayne – could take over from Los Angeles International, there are no alternatives to either San Francisco or Oakland, both of which are at sea level.

Yes, San Jose International Airport is just 74 kilometres south of downtown San Francisco. But San Jose is also at sea level. On the East Coast, Newark Intl. could absorb some of the spillover from JFK. But Newark, remember, is already a busy place. It also lacks both terminal and runway capacity, both of which are unlikely to be expanded.

Of course, a city could always build a new airport.

But building one from scratch takes a long time, roughly 20 to 25 years – 30 years, if you include an environmental OK. So, when it comes to building backup airports, we’re already too late.