Mike Pearson, Helios, describes how he has no intention of trawling through duty-free retail and the need for a rethink of passenger experience… 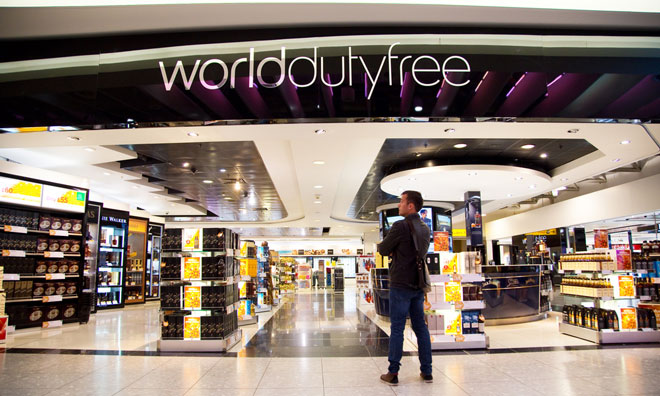 Helios, the aviation consultancy of Egis, focusing on air traffic management and airports, give their view on what the passenger really wants once airside in an airport…

We are told that, with the expansion of new travel-related technologies, comes more ‘free’ time during a passenger’s journey to, and through, the airport. However, the assumption is always that this time belongs to the airport, which can then woo, entertain and sell to passengers in a post-security nirvana. Airport concepts of the future are now being drawn as playgrounds, but just how real is this notion?

As both a user, and designer, of airports, I’m sorry to report that I’m that guy that walks on to the plane at the last minute: you know him, the one who is threatened with off-load for fear of missing the almost mythical on-time departure!

The reality, though, is that I’m not lost in the shops, or sipping champagne nor am I having a facial massage…simply put, I choose to NOT spend all of my pre-flight time at the airport! I’m clearly not alone, as more and more passengers choose to bypass the pre-flight shopping experience altogether in preference for smaller, dedicated, lounges where they can at least subtly exert some choice in how they use their time.

The assumption is always that this time belongs to the airport, which can then woo, entertain and sell to passengers in a post-security nirvana… My thesis here is that airport designers and operators need to carefully reconsider future travel experience – and the distinct possibility of radically different scenarios for mass air travel – and how they design new and existing facilities and operations to cope. Our travel habits have changed due to new technologies, but have they changed in the way we originally anticipated? It is no longer sufficient for airports to pay lip-service to looming technological change, only to tweak the existing travel paradigm and then backfill it with a massive new dose of passenger indulgence.

I choose to NOT spend all of my pre-flight time at the airport!

I remain unpersuaded by the implicit assumption that just because I will have more time to spare means that my spare time, and money, will get spent at the airport. If reality is shifting into ‘immersive’ experiences using a Google VR cardboard box, then who is to say what we might be doing in advance of flights in the future? Maybe we’ll be doing shopping or security screening in totally new ways, using VR self-service processes that can be done anywhere and anytime before arrival at the aircraft door.

“Just because I will have more time to spare means that my spare time, and money, will get spent at the airport…”

“Just in time” delivery might no longer apply solely to car parts at Nissan’s factory, but might be the norm for passengers accessing their flight, having arrived seamlessly from home by an Uber-esque air-drone-taxi service.

But the converging space of airport concept planning, airline business models, mass travel, new building engineering methods, all coupled with rapid technological advances and heightened environmental awareness, suggests that the existing paradigm might well be in need of a fundamental overhaul…

Mike is Sales & Marketing director at Helios  and has spent much of his career advising on major airport developments around the world. For London, he has been leading the Mayor’s assessment of a new hub airport and he previously led the programme management for Heathrow’s third runway expansion plans. His thought leadership is recognised in the industry where he has been contributing to other major hub developments, including advising on Dubai’s future transition. He previously led the UK Government’s airport capacity assessment for the 2012 Olympics, was Technical Director for Gatwick’s major midfield pier development and has developed competition-winning masterplans for Medina and Qingdao airports.

6 responses to “Who really owns the passenger’s spare time?”