With a decision on whether permission to grant an additional runway to either Gatwick or Heathrow just days away, International Airport Review speaks exclusively to Darren Caplan of the Airport Operators Association about why the decision is so important… 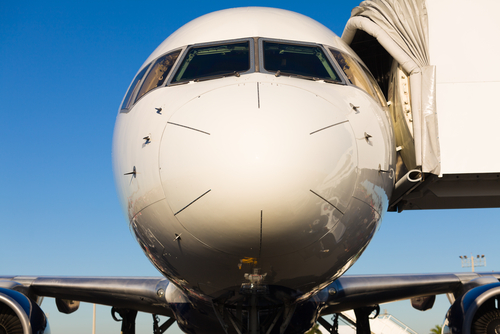 Why is the decision on capacity in the South East so important?

The Department for Transport’s own forecasts show that all London airports will be full up by 2030, with airports outside London and the South East filling up from 2040. Clearly decisions need to be taken now on London and South East airport capacity, as Heathrow and Gatwick operate close to capacity. But other airports serving London and airports like Bristol, Birmingham, East Midlands and Manchester are forecast to be full within 30 years too; and so we need to ensure government has the ability to make speedy infrastructure decisions to meet the demand from passengers here and abroad, and from airlines wanting to fly here.

Making these speedy decision is crucial to ensuring the UK has the domestic and international connectivity it needs so that we don’t lose out economically on links to emerging and existing markets.

This aviation growth is a sign of the strength of the UK economy and should be celebrated. More importantly, it means the Government needs to put a fair framework for growth down that will allow those airports to expand as and when necessary – we can’t spend years agonising over each runway decision.

What is the impact of Brexit on the capacity debate?

Ministers have stated clearly that in spite of the UK’s intention to leave the EU, the country remains outward-looking and open for business. Nothing could better demonstrate they mean that than a decision that would ensure the UK gets the additional capacity it so vitally needs if the country is to maintain and enhance its position as one of the world’s leading and best-connected economies. That’s not just us saying that – more than 50 business leaders, from companies as varied as Harrods, Tesco, Legal & General, Land Securities and ICAP, signed an open letter to the Government insisting the Brexit verdict makes the case for expansion urgent.

Once the decision has been taken, where should we focus next for improving UK connectivity?

As I mentioned earlier, we have to get a fair framework for growth for UK airports given that the growth in passenger numbers we have seen in recent years and are expecting in the coming years. The AOA would like to see a planning system that has a presumption in favour of sustainable development, to make it easier for our airports to grow and improve surface access to them.

The upcoming update to the 2013 Aviation Policy Framework would provide an excellent opportunity to make this clear. But we also need to look beyond the physical infrastructure on the ground and to the invisible infrastructure of our airspace. Congestion in the skies is increasingly constraining our sector’s ability to grow so we also need the right framework for modernising our airspace to ensure our motorways in the sky do not clog up. This is a great environmental opportunity too: using modern air traffic technology will allow us to fly more efficient routes, reducing emissions, and avoid noise-sensitive areas.