After years of deliberation, the Davies Commission — which was set up to explore airport expansion options in the south east of England — finally revealed its preference to build a third runway at Heathrow Airport… 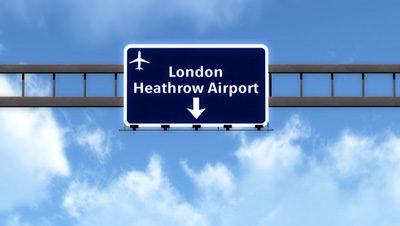 At the time of the revelation, the Prime Minister (PM) indicated that a final decision would be taken by the Government no later than the end of 2015; however, to the frustration of business leaders and airline and airports officials, it was further revealed in December 2015 that a new consultation would be undertaken, which in turn would push back a final decision by at least 6 months.

Nevertheless, those in favour of expansion at Heathrow insist the airport remains favourite for any future construction and, despite the delay, are confident that a third runway will eventually materialise. The specifics of the plan endorsed by the Davies Commission include the intention to construct a third runway approximately 2 miles north of the existing two runways. Overall, the plan is expected to cost in the region of £18bn, with part of this cost (£5bn) to be shouldered by the taxpayer, as the expansion plans would require putting a section of the M25 in a tunnel. In backing Heathrow, the Commission outlined the economic benefits of expansion, saying it would create £147bn in economic growth and 70,000 jobs by 2050 — both in excess of the benefits of expanding Gatwick Airport.

Although the Commission announced backing for Heathrow expansion, it simultaneously laid out a number of regulations which it deemed should be put in place to mitigate negative environmental consequences and reduce noise pollution for the surrounding area. These included recommendations, for instance, that night flights should be banned and that the Government should push for a Parliamentary pledge to refrain from ever constructing a fourth runway at the site. A further recommendation suggested that a new aviation noise levy should be introduced, in order to provide funding to sound insulate the homes, schools and other buildings that will fall under the new runway’s flight path.

While it may be the case that a third runway at Heathrow remains the most likely option for airport expansion in the South East, the decision — which has been delayed multiple times over the years — will not be settled until at least summer 2016.

In addition to the aforementioned point, Key Note’s Airports 2015 Market Update evaluates the overall market for airports in the UK. This includes an exploration of the industry background, the current market size and performance, and the forecast future performance of the market. The report also includes a political, economic, social, technological, environmental and legislative (PESTEL) analysis of the sector, alongside a strengths, weaknesses, opportunities and threats (SWOT) evaluation.

One response to “Heathrow still front runner for expansion despite setback”