An eye on the ground 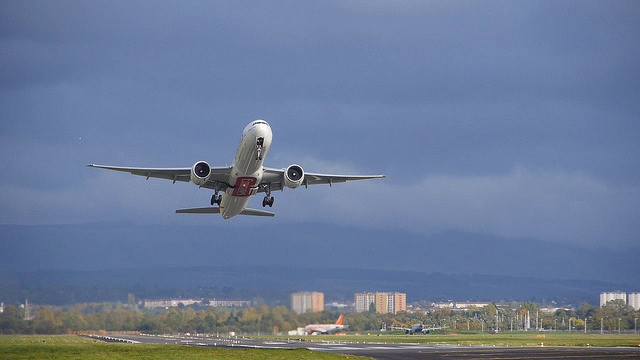 Many of Europe’s major airports are now deploying co-operative sensors to complement their Surface Movement Radars (SMRs). The catalyst for this has been the deployment of Mode-S transponders on commercial aircraft, together with the development of Multilateration systems, a series of receivers that can be used to determine an aircraft’s position to great accuracy by measuring the difference in the arrival time of a transmission from the aircraft’s Secondary Surveillance Radar (SSR) transponder.

These two developments have allowed for the comprehensive surveillance coverage of the airport surface and a degree of accuracy that would be impossible with a conventional SSR (the equipment that has provided for the cooperative surveillance of airborne aircraft over the last few decades).

A key advantage of the new system has been that it required no new equipment to be fitted by aircraft operators, since they were already required to fit Mode S for other purposes. However it has required some changes to operating procedures, so that the transponders remain active on the surface and are appropriately set before departing from the stands. A coordinated procedure for this has been developed by Eurocontrol to ensure consistency of operation across Europe.

Not having to wait for any unique aircraft functionality has made the deployment of Multilateration systems a relatively straight forward proposition in comparison to the other main contender for cooperative surface surveillance – ADS-B (Autonomous Dependant Surveillance – Broadcast).

There is little doubt that Mode S ADS-B will eventually play a significant part in surface movement surveillance, but before this becomes a reality several issues will need to be overcome. The first is that to be a sole source of cooperative surface surveillance, all participating aircraft would need to be equipped with ADS-B functioning to the level of accuracy and integrity required of the system. This may well take some time to achieve and, during the transition and validation period, a second reliable source will be needed. This is again likely to be Multilateration, particularly since most, if not all, Multilateration equipment providers have the ability to receive and process ADS-B transmissions as part of their product.

The second is that ADS-B, by definition, expects the aircraft to know its own position and to report it to the ground. ADS-B positions are usually derived from a combination of GPS and on board navigation equipment. While the accuracies required of airborne surveillance systems appear to be readily met, an error of 25 metres can be much more significant. Experience in the early deployment of Multilateration saw far larger errors in ADS-B derived positions (to the extent that these have been disabled). So, getting positions to an adequate level of accuracy for 100% of the time on all aircraft will be a challenge, particularly in gate areas where a clear view of the available satellite constellation may be constrained.

For the near future, therefore, Multilateration systems are likely to be a key part of the surveillance aspect of any operational ASMGCS system.

Solving the co-operative surveillance problem for airport-based vehicles is another issue. In this area there is not a consistent solution across Europe and several different systems have been deployed and linked into A-SMGCS. The key target for these systems is vehicles that operate on or around the runway, such as runway inspection vehicles, aircraft tugs, bird-scaring vehicles and the emergency services. There is not a particular driver for consistency in this area since vehicles are usually constrained to operating on a single airport and therefore there is no issue of interoperability. It is interesting to note however, that one of the solutions being evaluated utilises what is in effect a cut down Mode S transponder linked with GPS and as such is a realisation of ADS-B on the ground. Other solutions utilise GPS and VHF triangulation systems with some providing displays to the driver of his location. The availability of this type of display in an ever increasing number of private cars will clearly be a factor driving down the price of this technology. It is difficult to predict if there will be a clear winner in this area and it is entirely possible that airport operators will continue to do their own thing. Whatever the solution, the important thing is that a suitable system is put into place and provides, as a minimum, unambiguous identification of vehicles operating on and around the runway area.

Cooperative surveillance systems are complimented by non-cooperative surveillance, which in most cases is provided by conventional Surface Movement Radars. For the most part, at the type of airport where A-SMGCS has been put in place, these radars will have been in operation for many years and have been linked in as part of the new system. However, the need for comprehensive non-cooperative coverage, together with benefits in reducing unwanted reflections, which are a known problem with SMR, is leading to the deployment of more SMR sensors. These enable the operator to have multiple coverage of runway areas and are able to combat the reflection problem, since reflections will appear in different locations on each of the SMR outputs whereas the real return from the aircraft or vehicle will be co-located.

While the implementation of a capable surveillance system is the cornerstone of A-SMGCS, it is by no means the whole story. Having precisely located and identified an aircraft on the ground, the A-SMGCS systems gather other related information to make up the complete surveillance package. Information such as the aircraft type, registration, call-sign, destination stand (for arrivals) and runway (for departures) is used to provide labels in a form that are useful to the controller. This information is derived from a number of other sources and brought together in a process known as ‘Surveillance Data Fusion’. The nature of the data source varies from other ATC systems to information that is input manually into airport operator’s databases. Issues around data integrity, timeliness of data and resolving conflicts in information from various sources have had to be addressed. Lessons learned from this are being brought together by the European Organisation for Civil Aviation Equipment (Eurocae) and are destined to be published in a proposed ‘Guidelines to Data Fusion in ASMGCS’ in 2006.

In the same way that A-SMGCS draws data from various sources, it is also beginning to provide data to an increasing number of other systems as it becomes a trusted system with a good track record. Examples of the use of data derived from A-SMGCS include the collection of runway and taxiway usage statistics where the information provided allows airport operators and air traffic service providers to have the complete history of every movement available for analysis, replacing labour-intensive manual surveys that were only able to provide a snapshot of the operation on a few days per year. The data is also used to provide early notification of the ‘push back’ of departing aircraft and progress toward the runway holds to ATC centres and airport operators, again replacing manual operations. It is clear that as data of this sort is shared amongst the aviation community, it will bring enhancement and efficiency. However, great care has to be taken to ensure that the availability and integrity of the data provided meets the challenge. This is because the failure of such systems when they have become a trusted part of the infrastructure can have a sudden and significant commercial impact.

Another key feature of the A-SMGCS systems deployed around Europe is their ability to provide alerts to controllers when events occur that breach a set of pre-determined rules. The most common use of this alerting system is for ‘runway incursion alerts’, providing the controller with visual cues and audible warnings if another aircraft or vehicle is detected on the runway during the late stages of an arrival or the early stages of a departure. Developments are foreseen in this area as well, with links to other systems such as electronic flight progress strips, which would inform the alert system when take-off and landing clearances have been given to the aircraft and thereby provide an earlier indication to the controller of a significant incursion. The application of alert systems is also not exclusive to runway incursions, and another potential use of the system is in conjunction with the operations of new larger aircraft such as the Airbus A380. At some airports, operation of these large aircraft will be constrained to specific taxiways. A-SMGCS alerting systems will be capable of giving an alert if an aircraft of this type starts to deviate from the acceptable taxi routes.

There are other concepts in the pipeline for A-SMGCS, including providing the information to the pilot in the cockpit and links to runway and taxiway lighting systems. At this point, however, it seems likely that A-SMGCS in its current form has reached a level of maturity that will see it being deployed at the next tier of airports across Europe and becoming a common sight in all of our control towers.

Chris Diggins is a Chartered Engineer and a member of the Institute of Electrical Engineers. His 30 year career includes time at NATS, the CAA and the Board of Trade. Chris has been involved in a wide range of engineering activities including the early use of microprocessors in ATC systems, the first use of fibre optics in radar data transmission and the management of large ATC system projects. In the last five years his work has included the programme to implement an A-SMGCS system at London Heathrow.

He is also involved in the European Organisation for Civil Aviation Equipment (Eurocae) where he chairs a working group on Advanced Surface Movement Guidance and Control Systems.