Competitiveness – the way forward in a global environment

Regulators need to recognise the benefits of liberalisation and competition in the European air transport sector, says Salvatore Sciacchitano, Executive Secretary of the ECAC.

Since its creation in 1955, under the joint auspices of the Council of Europe and the International Civil Aviation Organization (ICAO), the European Civil Aviation Conference (ECAC) has had a decisive and continuing influence on the evolution of civil aviation policies, within Europe and also at the global level.

With its membership of 44 States from across the continent, ECAC provides a unique forum for the development and co-ordination of pan-European responses to the opportunities and challenges that present themselves to civil aviation today. ECAC is especially active in its strategic priority areas of safety (including accident and incident investigation), security and the environment, but it also undertakes much valuable work on facilitation, training and economic issues. In all of this, ECAC is able to help ensure that European civil aviation remains safe, secure, competitive and sustainable, and well positioned at the leading edge of this critically important global industry.

The 2014 ECAC/EU Dialogue with the European Air Transport Industry, organised this year in cooperation with the Austrian Ministry for Transport, Innovation and Technology, took place in Vienna on 3-4 July 2014, and focused on the competitiveness of the European air transport sector. Through a blend of presentations and open debate, this year’s Dialogue explored the evolution of the European air transport sector during the last 20 years, and examined the role of regulators and the industry in improving the competitiveness of the sector today. It also defined short- and long-term recommendations to create a more competitive environment for the European industry. The Dialogue brought together more than 170 senior-level aviation decision makers and industry leaders, including Raymond Benjamin, ICAO Secretary General, and Tony Tyler, IATA CEO and Director General. As stated by ECAC President Catalin Radu during his opening remarks, the Dialogue’s objective was “to make concrete proposals for enhancing the competitiveness of the European air transport sector”.

The Dialogue recognised the positive achievements of the European air transport sector in the past 20 years, such as liberalisation, and the economic and social benefits of aviation and the connectivity it has brought. Whilst extremely competitive, the sector remains fragile, and there were calls for reflection and a rapid adaptation to maintain and improve the position of Europe at global level.

At a time when the centre of gravity for aviation is moving towards other regions of the world, such a boost to European aviation competitiveness depends on the better understanding by governments and the public of the critical value of the air transport sector to the European economy.

Conscious of the diversity of the challenges facing the growth of the sector (e.g. fair competition, financing, taxation, air carrier ownership and control restrictions, reduction of connectivity, airport and ATM capacities), participants in the Dialogue urged the adoption of a shared vision where regulators and industry would build priorities in terms of regulation and infrastructure development.

Referring to liberalisation and competition in the sector in Europe, the Dialogue highlighted the benefits for the European economy as a whole, and the lack of recognition of the importance of the aviation industry by regulators and commentators, unlike in other parts of the world where aviation development is at the top of the political agenda. A true, integrated vision for the sector seemed to be missing.

The 2014 ECAC/EU Dialogue has been very successful in achieving its objectives: the identification of policy directions and initiatives aiming to support European air transport growth. The common wish of the participants was that these policy directions and initiatives would provide a firm basis for reflection by ECAC Directors General of Civil Aviation, the new European Parliament and the upcoming European Commission on the future development of the sector.

Salvatore Sciacchitano became the Executive Secretary of ECAC in December 2010. His career began in 1980 when he joined the Italian Airworthiness Authority (RAI). In 1996 Salvatore was appointed Director General of RAI, and following its merger with the DGAC and the establishment of the new Italian Civil Aviation Authority (ENAC), was appointed Vice Director General of ENAC. He was Chair of the JAA Committee for three years from 2001, and became the Italian representative on the Management Board of EASA in 2002. In 2003 Salvatore became the Italian representative on the EUROCONTOL Provisional Council and since 2006 has been a member of Co-ordination Committee of the EUROCONOL Provisional Council, of which he was elected Vice President in 2007 and 2009. He was awarded the Paul Tissandier Diploma by the International Aeronautical Federation in 2006 and also holds a private pilot’s license. 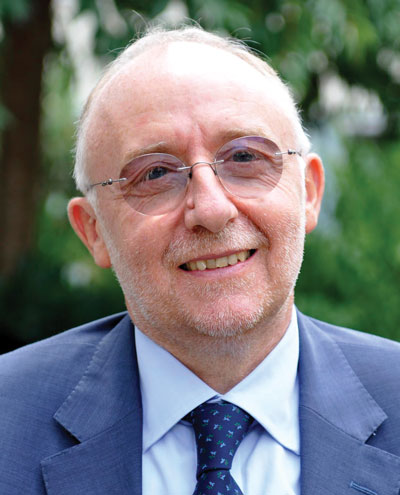