The rise of automated passport control

Since its launch in May 2013, Automated Passport Control has been a shining example of public-private partnership, says R. Gil Kerlikowske, Commissioner of U.S. Customs and Border Protection.

At U.S. Customs and Border Protection (CBP), we have made understanding the needs of travellers a top priority. One of CBP’s missions is to facilitate trade and travel while maintaining the highest standards of security. With international travel to the U.S. anticipated to grow an average of four per cent annually over the next five years, we recognise the need to innovate, invest in and best manage our resources to support the travel industry and national security.

Wait times at our airports resulting from rising travel volumes harm economic growth. We recognise how critically important it is to partner with industry and our stakeholders to find solutions to wait time and staffing challenges. This includes leveraging technology to improve efficiency.

In order to manage growing numbers of travellers, CBP collaborated with airport authorities to implement Automated Passport Control (APC), an innovative technology that facilitates the traveller inspection process. APC self-serve kiosks allow passengers to submit their customs declaration and biographic information electronically. This has resulted in a 20-40 per cent decrease in wait times where APC is available.

The program was launched in May 2013 at the CBP pre-clearance facility at the Vancouver International Airport. The program since has expanded to Chicago O’Hare, Miami, John F. Kennedy, Dallas-Fort Worth, Montreal, Toronto, Houston, Seattle, Orlando, Atlanta, Charlotte, Chicago Midway and Austin international airports.

The results have been dramatic. Since the launch of self-service kiosks, CBP has seen a decrease to wait times even as international travel has increased. In December 2013, the average wait time at APC locations was 22 minutes; 16 per cent lower than in December 2012; however, international travel at these locations increased by eight per cent during that same timeframe. The kiosks reduce wait times for non-kiosk users as well. A kiosk requires a single officer for every 10 travellers, while that ratio is 1-to-1 for non-kiosk travellers.

Travellers are using the new technology in greater numbers every day. Over 7.8 million travellers used the kiosks through April 2014. At John F. Kennedy Airport in New York, 30 per cent of travellers use the kiosks during the inspection process, while at Chicago O’Hare, 42 per cent use APC, and in Houston it’s up to 45 per cent.

There is no registration necessary to use the APC kiosks. Travellers who are U.S. or Canadian citizens, Visa Waiver program participants and U.S. legal permanent residents are eligible to use the kiosks at no charge.

How does it work?

Instead of filling out a declaration card and taking their travel documents to a CBP officer, passengers who are eligible and choose to use APC can proceed directly to a self-service kiosk in the U.S. Customs and Border Protection pre-inspection area. If a traveller opts to use the self-service kiosk, they simply follow the on-screen instructions, following these steps:

Passport information – including name, date of birth, citizenship, passport number, country of issuance and expiration date – will be collected. The system will then verify the data collected with prior transmitted flight data to confirm the traveller’s identity. The kiosk allows up to four people residing at the same address to be processed together.

The APC is not a trusted traveller program and does not require pre-approval or service fees to participate. Instead, APC serves as a pre-inspection opportunity and every APC user requires a CBP inspection.

Most CBP officers working primary inspection at airports and land ports of entry are stationed in booths or behind sizable counters with a computer, camera and other equipment around them. With the new process, they stand at a podium with far less distance between them and the travellers they serve. After a quick review of the kiosk receipt and passport information, officers are free to use the officer skills that they’ve learned and honed.

The idea was to create an atmosphere where officers can excel and flourish without having seven or eight administrative tasks to do. While those tasks are important and have to be done, they don’t lead to the level of productivity and professionalism that we need in an officer. Removing the need for an officer to scan or manually input passport data will allow officers to process travellers in about half the time.

How, during a time of U.S. government fiscal austerity, does CBP find the funds to purchase the program hardware and software? The answer: CBP doesn’t purchase the kiosks and doesn’t own them. Each participating airport does. Airport authorities procure, install and own APC kiosks, which comply with CBP kiosk services technology requirements, including privacy requirements. APCs come at no cost to CBP, eliminate the administrative burden on the CBP officer, expedite processing and reduce wait times.

The APCs are a prime example of our private sector partners taking a leadership role purchasing and deploying a solution – collaborating with CBP and using our specifications – resulting in a mutually beneficial process for CBP, airline carriers, airport authorities, and travellers.

CBP remains relentlessly self-critical in seeking means of improving airport wait times through efficiencies, improved facilities, inspection techniques and private-public partnerships. For example, in May 2014, CBP and the Airports Council International launched a pilot programme to explore taking passport control one step further – on to our international travellers’ mobile devices. At CBP we’re proud to be working with our partners and leading the way to a more effective, convenient travelling experience for everyone.

Gil Kerlikowske is the Commissioner of U.S. Customs and Border Protection, the largest federal law enforcement agency in the United States. He oversees the dual CBP mission of protecting national security objectives while promoting economic prosperity and security. Most recently, he served as Director of the White House Office of National Drug Control Policy. 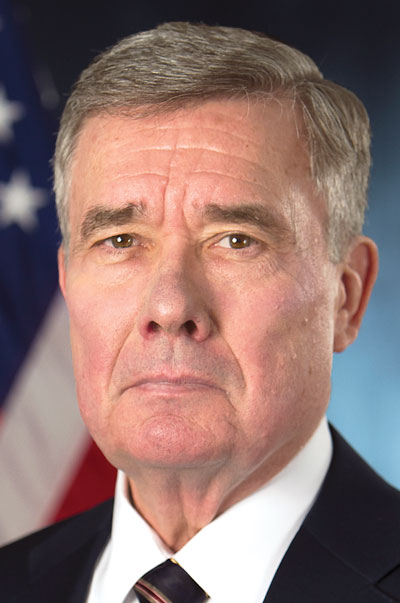