For International Airport Review, Darren MacLeod, Head of ICT and Digital Transformation at Highlands and Islands Airports Ltd, outlines the operator’s £34 million digital remote towers project – the largest project of its kind in the UK. 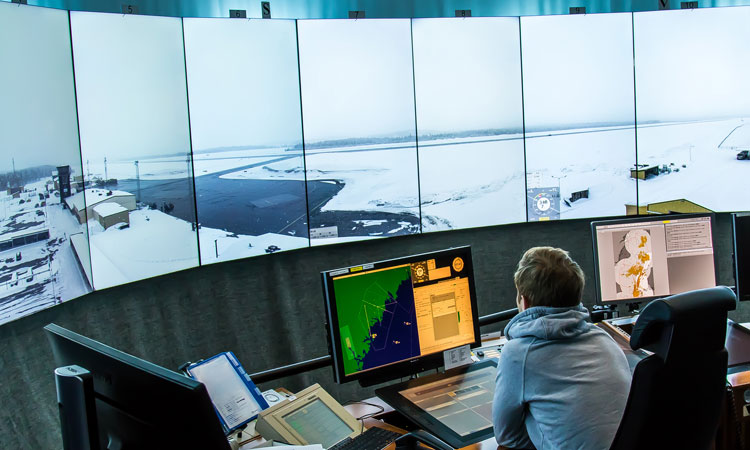 The Highlands and islands of Scotland are one of the most picturesque and remote areas of Western Europe. Sustaining air links for the people who live and work there has never been more important – and challenging – for those of us charged with delivering vital aviation services.

As a group, (HIAL) operates 11 airports which serve remote, rural and island locations in Scotland. We play an essential socio‑economic role by providing connectivity for essential services, personal and business travel, as well as supporting Scottish tourism. In addition, our airports operate both day and night, 365 days a year, providing cover for vital lifeline and emergency flights.

At HIAL, safety underpins every aspect of our operations, and we have a robust safety and security programme that ensures regulatory compliance throughout our organisation. We continuously review our systems and procedures to ensure that our organisation and every one of our airports has the very highest standards of safety performance and resilience.

New technology and ways of working are required if we are to remain capable of providing the aviation services that Scotland needs. In January 2018, the HIAL Board approved the Air Traffic Management Strategy (ATMS) programme and received approval from the Minister for Transport and the Islands.

At the heart of this strategy was a switch from existing airport tower-based air traffic control (ATC) operations to a centralised surveillance centre, which will be based in the Highland capital, Inverness. The airports involved are Inverness Airport (INV), Dundee Airport (DND), Sumburgh Airport (LSI) in Shetland, Kirkwall Airport (KOI) in Orkney and Stornoway Airport (SYY) in the Western Isles.

A tried and tested solution

Remote tower technology has been tried and tested in other countries around the world, but HIAL will be delivering the largest project of its kind in the UK, with a capital budget in excess of £34 million.
Digital control towers offer a number of potential safety improvements. They can enhance a controller’s visual awareness, as they can overlay information such as call-signs, speed and altitude on to aircraft. Images on the screens can also be adjusted so that controllers are able to see aircraft better in difficult lighting conditions, or even zoom in on specific areas.

Based on similar projects across Europe, air traffic services delivered via a remote tower stream real-time images into a dedicated operations room, providing the view from an assembly of fixed and moveable high-definition digital video cameras situated at the remotely controlled aerodrome.

This visual situational awareness for the controller or flight information service operator can be supplemented by a range of environmental sensors and microphones capturing sound, meteorological or other operational data. Systems can also offer night vision/infrared capabilities, zoom function and movement trackers, which can track birds, drones, people and other moving objects on the airfield and in the airspace around the airports.

The ATMS delivery team has studied and consulted, and is learning from other countries and their air traffic systems to ensure that the technology that we finally choose will be world‑class. For example, Avinor, the Norwegian airport operator and air navigation service provider (ANSP), opened the world’s largest Remote Towers Centre in Norway in October 2020 – located in Bodø, north of the Arctic Circle – and will eventually be rolled out at a total of 15 Norwegian airports by the end of 2022.
With any technology project, having the appropriate communications infrastructure is key. We are currently working closely with the UK Civil Aviation Authority (CAA) to ensure that we are fully aligned with regulatory standards.

Critics of remote towers doubt the robustness of the communications infrastructure, the ability of camera solutions to work in high winds and the accuracy of remote weather monitoring facilities. These are engineering challenges and have been demonstrated to have been met in other projects, which demonstrates that we can have full confidence in delivering a reliable, resilient air traffic management (ATM) system.

At HIAL, safety underpins every aspect of our operations, and we have a robust safety and security programme that ensures regulatory compliance throughout our organisation”

Back-ups and safeguards all form part of the safety case. It is important to note that, while the project that HIAL is undertaking is complex, it is not ground-breaking. The regulatory framework for remote towers has existed in Europe since 2015, and the European Union Aviation Safety Agency (EASA) was the governing body for safety for the UK.
We are currently in the process of selecting the successful remote towers provider. Our concept of operations is based on, and tailored to, the needs of our air traffic controllers. They have been involved in the project from the early consultation stages right through to the concept designs and supplier selection for their working positions.

Ensuring the design is cyber-safe

Cyber-security plays a vital part of the overall solution. From the outset, cyber-security requirements have been incorporated into the design to ensure that data is not only available and accurate – but that it is secure. Our layers of security will go through the most stringent levels of testing to ensure that our systems are fully protected.

On the horizon, some suppliers are already talking about ‘Remote Towers 2’ – the next generation of technology. This includes artificial intelligence (AI) developments to maximise situational awareness and increase operational efficiency. This will include tools to assist air traffic controllers and increase safety.

Since the first remote tower was launched in Örnsköldsvik in 2014, the advances in computing hardware, camera and display screens have been impressive. There have also been significant software developments that allow for the faster transmission of data and better stitching of the panoramic images. All of these evolutions in technology will lead to increased resilience, safety and sustainability.

By adopting the remote tower model, our Combined Surveillance Centre will allow us to layer in different levels of resilience, both operational and technological. We will be able to give assurance that air traffic control will continue throughout the HIAL operation for the foreseeable future.
HIAL expect to have the first airport operational in 2023, completing the programme in 2027.

Darren MacLeod is the Head of ICT and Digital Transformation for the Highlands and Islands Airports Group. He has worked in both the public and private sector for over 20 years, with most of them being aviation related. MacLeod has been with HIAL since 2017 and is responsible for leading on technological projects and cyber-security. Darren has previously worked on a number of aviation trials during his career, including early examples of Electronic Flight Books. A keen aviator, MacLeod holds a private pilot’s licence and is able to combine both his passion for aviation and technology within his role at HIAL.