Conor Mullan, Associate Member Representative on the Civil Air Navigation Services Organization’s (CANSO) Executive Committee and Managing Director of Think Research, discusses the progress that CANSO members have made on remote and digital towers in the last 10 years, what direction the concept might take from here and how members and airports might become even more integrated in the future. 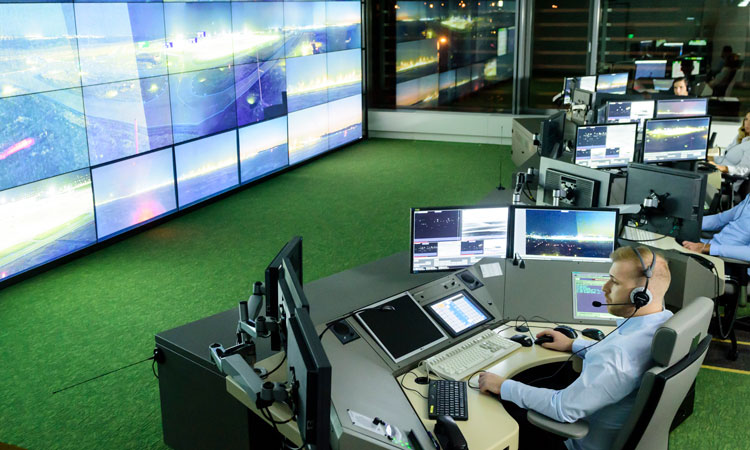 The year 2020 marked a pivotal moment in the remote and digital tower story. I have spoken and written before about how the years from around 2015 to 2019 were a little like Groundhog Day (the movie, not the rodent-based weather forecasting tradition). Remote towers were consistently the hottest of hot topics and seemed permanently on the cusp of being The Biggest Thing in ATM™; everyone was claiming to be the first at something, yet, in reality, only a few air navigation services providers (ANSPs) and airports had actually taken the plunge. Despite all of the hype, the number of operational remote towers could be counted on the fingers of one hand.

Now, in these early parts of the new decade, we are seeing regular announcements of proper substance about new digital tower implementation projects. Large airports, small airports, national programmes, new centres; there is finally proper momentum behind the hype and, interestingly, each of the main suppliers is winning their share. It is the manufacturer’s dream – plenty for everyone!

So, it seems like a good point to take a quick look back at the last decade and use what we have learned to try to predict what will happen in the next decade.

Looking at the journey so far, and having worked in both concept research and system implementation for many years, perhaps one of the most interesting observations I can make about remote towers is that it was born more or less fully formed. The systems we see being implemented in 2021 are not that dissimilar to the ones that we first tested in 2010. Yes, the screen resolutions are better and the frame rates have changed, but the basic systems are essentially the same. Why is that? Is it lack of adventure, or did we just get lucky?

Perhaps the truth lies somewhere in the middle. There is no doubt that some of the conservatism was forced upon the concept by the constraints of regulatory environments and user acceptance limits. To get around those concerns, it suited the industry to market remote towers as something which simply replicated what we already had. What we visualise as a remote tower today had to first become ‘normal’, and so, from a change management perspective, we needed that version to be constantly and continuously reinforced, even if all the while we had our eyes on a bigger prize. That’s where we are now. Even though, in operational terms, remote towers are still relatively new, it seems like the concept and the systems have been with us for so long that really it is not the scary leap that some once saw it as.

In fact, such has been the normalisation of this once disruptive technology, that areas which were initially considered taboo are now actively pursued by ANSPs and airports alike. In 2015, the Single European Sky ATM Research (SESAR) – perhaps ambitiously – announced that multiple remote towers were “available for industrialisation”, but it seemed impossible to mention the concept without immediately caveating it with cautionary notes about concept maturity and Air Traffic Control Officer acceptance. Fast forward a little, and the latest wave of collaborative research on remote towers looked almost exclusively at ‘multiple mode’, while the acceptance of more traditional remote towers has helped to normalise at least the notion of one operator providing service to more than one aerodrome. That progression in development and acceptance will surely only accelerate now. The name ‘remote towers’ will probably linger a little longer, but will not last. The interest will be driven by the digitalisation more than the remoting.

For example, HungaroControl was the first ANSP to openly and successfully experiment with the traditional view through their Searidge system and video wall. Budapest in 2020 is not Croydon in 1920, and so that single viewpoint 15 feet from the ground was not a restriction when better views were available.

All manufacturers are now attempting to leverage benefits that the digitalisation of the airport visual can bring about. The application of machine learning and artificial intelligence (AI) seems suited to using digital imagery to help the air traffic control (ATC) system spot events and anomalies before the operator. Intelligent automation will also increase capacity, safety and flexibility.

When ATC was born in the 1920s, the best‑selling automobile at the time was characterised by its ‘any colour you like, as long as it’s black’ uniformity. The same can be said of digital towers at the start of the 2020s, where most people’s idea of a digital tower are still broadly similar. However, in the next 10 years, operational developments like multiple mode and technology enhancements like AI integration will see many more variants of the digital tower concept emerge.

Keeping with the automobile theme, we are currently in the realm of digital towers’ ‘concept car’ phase. Manufacturers are developing exciting, new, high-tech additions and, while we might not see them born fully formed like we did 10 years ago or see another iteration of a common system, we will be able to cherry-pick ideas and aspects of the multitude of designs to form our own individual implementations. Off-the-shelf will remain available for the mass market, with those wanting – needing – something that little bit more bespoke, being able to select from a wider range of road-tested elements. No two large airports are the same, so why should their solutions be the same?

This is something which the CANSO Smart and Digital Towers Task Force is particularly focusing on in their guidance material, which was published earlier this year.

Ideally, I would like the air traffic industry to keep following the car analogy. In the 2020s, traditional notions of what a car can be are being consigned to history, with new technologies, ownership models, government initiatives and manufacturer innovation. In ATC, alongside what will be possible with a fully digital ATC service, other concepts being developed will start to dovetail in. For example, the idea of the airport operations centre (APOC) is about where remote towers were 10 years ago. There have been a couple of projects and it shows some promise, but it is still in its relative infancy. APOCs and digital towers share a lot of DNA. We have made ATC digital and removed the need for them to be isolated in a high tower. We are making airport operations digital and advancing the technology and situational awareness available to airport staff.

Airports like London Heathrow and Amsterdam Schiphol are already looking at both digital towers and APOCs, but still somewhat separately, despite the noted focus on ‘doing more together’ from a central location. Why not combine the two? Why not start now? Industry, ATC and airports working together. After all, for true digitalisation, we need more than just an increase in digital technologies, we need to increase the integration of digitalised functions from the airport, to the approach and beyond.

We have learned a lot in the last 10 years, so let us see how far we can push digitalisation, integration, collaboration and performance in the next decade.

A generation of controllers, flight information officers and engineers will have been raised in a digital environment, enabling a pace of change and acceptance not previously seen. International regulations are fully adapted to match the flexibility and performance-based nature of ATM and, in this regulatory environment, new digital tower alliances and operating modes have started to emerge. ANSPs will have to offer their airport customers a technology commitment as well as a service commitment. Large and complex airport operations, rather than low density remote airports, are now the breeding ground for digital innovations, as these airports already start to work on their second and third generation of digital towers to extract every last ounce of efficiency. That is not to say that tall buildings with good views are a thing of the past. For many airports, they will always play a significant role, but it won’t be an either/or decision. New challenges will exist, and digital towers may have already helped to solve them. After all, when you add momentum to a pivot, you make a pretty good springboard.

Conor Mullan is an Associate Member Representative on the CANSO Executive Committee and Managing Director of Think Research. He is a remote and digital tower expert, having helped to develop and validate the pioneering remote tower concept in Scandinavia. He has supported ANSPs and airports on digital tower projects worldwide and is a regular author of digital tower thought leadership articles.