A demand-led approach to time management

Seasonal peaks and troughs can cause chaos at an airport. Dublin Airport Authority’s Pat Bracken looks at the solution DAA initiated in Summer 2013… 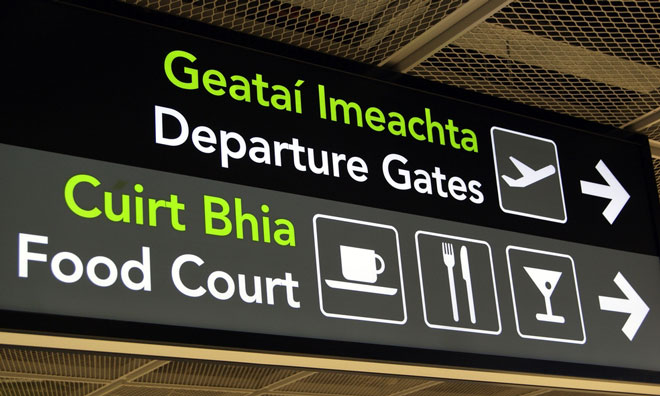 With the summer holiday period just behind us, many airports are recovering from being overstretched and over-reliant on temporary staff and overtime to ensure the smooth transition through the terminal could be maintained.

To combat this difficult period, Dublin Airport Authority (DAA) reorganised its rota systems to plan for these seasonal peaks and troughs and to improve security passenger satisfaction and staff work/life balance in the process.

DAA experienced phenomenal growth between 2001–2009 and in October 2010 the airport was expanded to cope with the high demand. However, just as the new larger airport was launched, the Irish economy slipped into recession. This, combined with stricter customer services regulations imposed by the Commission for Aviation Regulations (CAR), meant that the need for a well-structured rota system became even more critical.

DAA approached workforce management consultancy, Working Time Solutions, to find a strategic and practical solution to help plan staff rotas more effectively. Working with a third party is often beneficial as they are often able to identify solutions that the airport could not.

The first step in the process was to identify the key peaks and troughs of the season by carrying out a comprehensive passenger study which mapped passengers’ journeys through the airport. This involved analysing existing data as well as following a number of individuals during a week and a half to discover how they made their way through the airport terminal.

As part of the analysis, DAA examined how early passengers arrived at the airport prior to take-off and how long it took them to reach security and passport control after checking-in. Time spent in the terminal shopping and eating was also looked at, as well as how long the passenger had to wait between arriving at the gate and boarding their aircraft.

By carefully tracking passengers’ progress through the airport, we could work out where we needed staff and when. For instance, the study found that at 6am on weekdays, 95 members of staff were required to get customers through security and passport control quickly and efficiently. By 7am, the figure had dropped to 25. Mapping the customer’s journey through the terminal was key to finding hotspots and potential bottle necks, enabling us to identify the key points in the day when a greater number of staff were required for the airport to run efficiently.

The team sat down with representatives from all key stakeholders to find a solution and eventually managed to halve the number of rotas in operation – from 14 down to seven.

In our experience, involving representatives from across the organisation at an early stage and keeping them involved throughout the process proved invaluable to ensure the proposed changes were approved by all.

A key challenge for DAA at the time was to attract and retain the correct staff, so identifying the challenges early allowed us to plan the rotas accordingly. That said, many staff members were not used to the kind of shift working proposed. It was crucial to have as many people as possible on board from the beginning, so the team decided on a ‘net hours rota’ approach, where staff annual leave was distributed across the year, removing the problem of leave management. This was incorporated with an agreement that staff were guaranteed a set number of hours per year – rather than a set 40 hours per week.

This method enabled us to increase staff during busy periods in preparation for holidays, large events and bank holidays, for example, as well as plan for peak times in the day such as the morning and afternoon ‘rush hour’ – thereby aligning the staff on duty with the actual passenger volumes and eliminating unnecessary staff costs.

As part of the process, it also became clear that staff needed to support areas other than their own during peak times. By providing training in the core service areas staff were able to multi-task. As well as benefiting the passengers, this approach also removed the need to bring in temporary staff for short and particularly hectic periods, and ensured that all employees were kept busy. For instance, facilities management staff would be deployed to passenger services to open more security check points during the morning rush hour.

DAA now runs scenario planning sessions on a regular basis to examine what changes in the rotas would mean practically. As demands on the airport are constantly changing, this practice enables the team to monitor and adapt the current system to ensure that it’s still the most efficient.

The DAA has made significant and sustainable payroll savings as a result of the operational changes brought in. This has been achieved through a reduction in overtime, while staffing levels have been controlled and fully tasked across the organisation. The changes have also meant a reduction in administration across the board as the new system is easier and quicker to manage.

The benefits of the new rotas can be felt throughout the organisation and beyond with higher customer satisfaction ratings recorded as a result. Staff retention remains high and workers are content. They know exactly how many hours they are guaranteed to work annually as well as their annual leave and public holiday allowance – all of which are planned into the system. In addition, we have accounted for a small number of hours’ casual leave, for which employees can apply in unforeseen circumstances, subject to operational requirements.

The general feedback from staff is very positive and the new system has created a better work/home balance for employees, while giving them the reassurance of a set income.


Pat Bracken has been in the airport industry for over 30 years. He initially joined the airport fire service at Dublin Airport before transferring to the Airport Police, where he worked through the ranks to Inspector. Following the events of 9/11 in 2001, which saw a rapid increase in airport security requirements, Pat moved into the Human Resources and Finance department where he is now Administration & Resource Planning Manager.