The integration of airports into the network

Airports need to develop a closer relationship to the network to reduce air traffic flow delays and improve the utilisation of airport slots, says Bo Redeborn, Director of ATM at EUROCONTROL…

It used to be that airports did not have to worry too much about what happened outside their own local airspace. That was ‘somebody else’s problem’. This is changing rapidly with airports developing much closer links to the network – often as part of Airport Collaborative Decision Making (A-CDM) but also just as part of the trend of all the aviation players sharing information with each other.

This sharing brings real benefits, for example as a result of improved predictability of flights – in other words, which aircraft are flying where and when. This means that EUROCONTROL, as Network Manager, can manage the flows of aircraft across Europe much better. Procedures and concepts, such as A-CDM and its associated systems are ready; now we need to implement them, to gather and to distribute the information.

Also, with greater certainty on how many aircraft will be in their airspace at any given time, ATC centres can reduce the ‘buffers’ they build in to allow for unexpected traffic, thus freeing up capacity. It also means, for the arrivals airport, that they receive up to date information of exactly when they can expect incoming flights.

This predictability is also one of the principal benefits that will come from a new service currently being proposed. The Flight Plan and Airport Slot Consistency Service will check flight plans against airport slot allocations and then resolve or highlight any inconsistencies. The service would cover all the ‘coordinated’ airports in the European Union – currently about 90 airports with 75 per cent of the traffic. Slightly surprisingly, this sort of check is not currently performed as a matter of routine across the whole of Europe, although it has been implemented locally for special events, such as the Olympic Games.

Such a service will not only reduce air traffic flow delays, it will also improve the utilisation of airport slots, which are an increasingly scarce resource. Indeed, our recently published forecast shows that by 2035 over 20 airports in Europe will be operating at more than 80 per cent capacity for at least six hours a day – as compared with just three such airports today.

This service is one of about 10 that EUROCONTROL is proposing to be established on a pan-European basis, rather than separately in every country. These centralised services would be managed by EUROCONTROL but operated through commercial contracts and it is expected that savings could be as much as €1.5-2 billion over a 10 year period.

The centralised services would also improve harmonisation and inter-operability across Europe. The European Commission is strongly supportive of the concept and intensive work is being undertaken this year to develop and refine the proposal. The latest information can be found here: www.eurocontrol.int/centralised-services

As we all know, the focus in Europe is not so much on adding new infrastructure but on making the most of what we already have. An important part of this is linking airports with the network so that arrivals and departures at all busy airports can be coordinated and optimised.

Bo Redeborn started his training as an Air Traffic Controller at the Swedish ATS Academy in 1972 and was subsequently employed by the Swedish Civil Aviation Authority. In the 1980s he spent six years as an ATCO in Jeddah, Saudi Arabia, on an ICAO Technical Assistance mission, then returned to the CAA and took up managerial functions with increasing responsibility. He joined EUROCONTROL in February 2004 as Director ATM Strategies and was appointed to his current position as Principal Director ATM in January 2011. He is responsible for overseeing the organisation’s ATM policy and development and for managing high level strategic relations with key ATM partners. He also heads the Directorate of SESAR and Research which encompasses the activities delivering EUROCONTROL’s contribution to the SESAR Joint Undertaking Work Programme. Bo is also one of International Airport Review’s Editorial Board members. 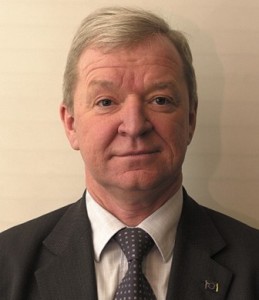 By Bo Redeborn (Director of ATM at EUROCONTROL)