Emphasising the importance of a safe and secure aviation industry

Despite often being seen as an inconvenience and the reason for longer journey times, José Luis Nieto, Head of the Security Division at Aena, discusses the importance of airport security in ensuring safe travel and limiting the number of industry-changing security issues. 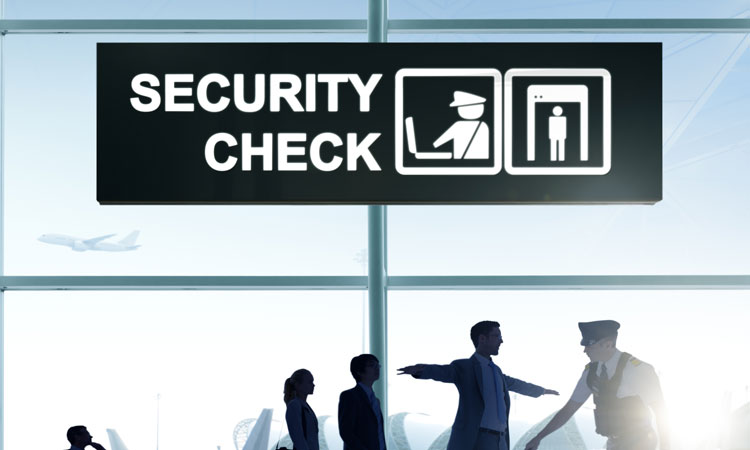 It can be said that the aviation sector, and in particular airport security, has not been able to convey the importance of passenger, aircraft and airport facility security.

Speed has always been one of the main driving forces throughout the history of aviation, and what passengers value most. Punctuality is another highly-valued factor for passengers, guaranteeing the optimisation of time. Last but not least, the security of air transport is the pillar on which customer trust is built for this transport mode; it is what makes planes the chosen method for both personal and business journeys.

The need for security within the aviation industry

Airport security plays a key role in engendering trust in passengers when it comes to air transport. It seems obvious that air travel would not have evolved the way it has in recent years if it weren’t secure, if passengers hadn’t trusted that their flight would arrive at its destination without any life-threatening incidents. Security, therefore, is not only a pillar for the development of aviation but has actively contributed to the passenger number growth we have witnessed in recent years. Personally, I would even go as far as to say that this mode of transport would have become extinct if, throughout the years, passengers hadn’t put their faith in air travel being safe and secure.

The real challenge for aviation is to implement security measures that can respond to threats and affect passengers as little as possible, and with positive perceptions

History has shown that aviation has had to face changing threats year after year. This means that legislators, airports, airlines, passengers and staff have to adapt their processes; altering air travel, regulations and, in turn, the customer experience. This is air travel’s greatest challenge, maintaining the highest level of security, whilst affecting efficiency as little as possible, and still continuing to offer the best experience and quality to passengers and airlines alike. It’s no easy feat, but this is the direction we have to go in and what we must make the most effort to work on. This way, we’ll achieve reliable air transport for the millions of passengers that use it worldwide.

How aviation has evolved

If we look back at the history of aviation, we can see moments in which the threats to air travel changed the way we fly. These threats have palpably affected the pillars of aviation mentioned previously (speed, punctuality and security). As passengers, we’ve modified the way we travel – the way we pack our case, for example – compared to when we travel by train, bus or in our family car. Airports and airlines have also adapted to growing security requirements with appropriate protocol, employee training and large investments to achieve efficient and cost-effective air travel. There have been many situations regarding security that have affected air transport and, among them, are three that I believe to be the most significant.

Pan Am Flight 103 from Frankfurt

In 1988, Pan Am Flight 103 from Frankfurt exploded over Lockerbie in the United Kingdom, having stopped off in London en route to its final destination of Detroit. It is known not least because all 259 people on board were killed in the crash, but also because, from this moment on, the compulsory inspection of 100 per cent of hold baggage was introduced worldwide. This increased luggage processing times, meaning passengers now had to arrive earlier for their flights. This increase of journey times affected not only security, but the future of air travel speed. Thanks to this measure, air travel is now much more secure, despite having increased journey times.

The 9/11 terrorist attacks in 2001 are the most relevant to date; shaking the future of aviation and transforming airport security forever. From this moment on, every country implemented a security model that was based on the inspection of all passenger belongings with restrictions on items able to be carried in hand luggage; increased training requirements; and employee inspections on entering security-sensitive areas. It also provoked huge changes in international civil aviation, supposing the introduction of security measures by every country to mitigate the threat to commercial aviation. It greatly affected the passenger experience, as items that were previously permitted were removed from hand luggage and waiting times at security increased significantly.

The result was that many passengers felt uncomfortable and a negative effect on how people perceived air travel, as well as its security measures. This change required airports to invest in security measures, such as equipment inspections and cameras, as well as resources and personnel. It also negatively affected revenue, as passengers spent less time in commercial areas due to the increase in waiting times at airport security.

Nineteen years on, and the process is now widely accepted as the norm by frequent flyers. These measures have affected flight times and the quality of service perceived by passengers while passing through airport security.

In 2006, a terrorist group attempted an attack with carry-on liquid explosives. Once again, the repercussions for airports were huge; having a negative impact on how air transport and security were viewed by passengers. To this day, it continues to generate controversy among travellers. The most common items currently removed at airport security checkpoints worldwide are liquid containers of more than 100ml, normally water, alcoholic beverages or toiletries.

Again, the implementation of new security procedures adversely affected the speed and punctuality of flights. However, most frequent flyers are now aware of these rules and restrictions. There are still passengers who are not aware of these regulations, resulting in misunderstanding and confusion. Once again, security affected passengers’ perception on quality of service.

International Airport Review‘s flagship conference – Airport IT & Security – will explore a multitude of topics within aviation security. 2020’s conference will take place in Munich from 19-21 October, attended by over 400 IT and security professionals within the industry. Book your ticket now to join them.

There are many more identifiable situations in which how a threat has been responded to – in regard to security processes – creates a more complicated experience for passengers. However, these ultimately make aviation more secure. This has transformed air transport and the way we travel in recent decades.

Throughout history, we have seen new threats appear, and this has generated more legislation and requirements that must be met by passengers, airports and airlines. The main consequence is that the passenger experience at some airports has deteriorated – not only because of the increased waiting times at security, but also because of having less time to enjoy the shops and services available. Passengers generally perceive these security measures as something that increases their journey time and is responsible for flight delays. It can be said that the aviation sector and, in particular, airport security, has not been able to convey the importance of passenger, aircraft and airport facility security.

On some occasions, I have heard that the security measures are excessive and negatively affect the fluidity of air travel, to which I always respond with a reflection on what would have happened if there had not been a response to new threats that have arisen throughout history. It is true that there are no statistics for the amount of incidents that have been prevented by the application of security measures to date, but we do know that we have not experienced similar security incidents that have resulted in the loss of human lives. It is clear that the processes and security measures that respond to the threats have been a great investment; achieving secure and reliable air transport for passengers. The survival and growth of air transport has been ensured by a robust security model capable of responding to emerging threats. The real challenge for aviation is to implement security measures that can respond to threats and affect passengers as little as possible, and with positive perceptions. 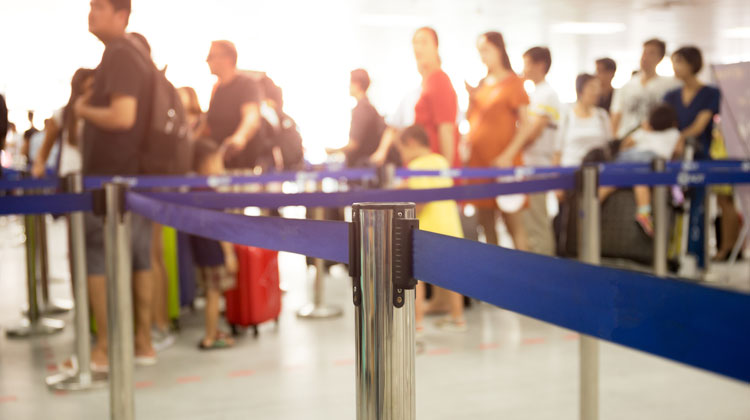 This journey does not end here. Threats continue to evolve, we are still dealing with existing ones while new ones continue to appear, such as cyber-threats. Even more current threats have recently emerged, such as drones on the airport premises, leading to several occasions on which operations have been suspended at several airports. We must continue to work on and adapt the processes in order to maintain, above all, the levels of security that we have achieved to date.

The challenges are an issue for the entire airport family – for legislators, airport passenger operators, and for airlines. Will we be able to mitigate current and future threats, while maintaining air transport’s pillars of speed, punctuality and security? It takes work and dedication on the part of the entire air transport value chain to achieve this. New technologies, with greater detection capacities, and the training of security personnel are key to achieving the highest levels of security, giving priority to the quality of passenger experience. From where I stand, I believe that this is the path we must continue down if we want to keep advancing towards air transport that is, above all, secure, whilst maintaining the speed and punctuality we have achieved up until now.

Finally, I wonder, if air travel were not secure, would it have users? Would there be any passengers if we didn’t have guaranteed security? What would happen if, once a month, a plane crashed due to a deliberate attack? Would passengers have the confidence to fly on aircraft in which all the passengers had not passed security checks? I sincerely believe not. Perhaps, one day, we should do a social experiment, offering two flights to the same destination, one of which has passed all the security measures, the other of which has not. Which one would you choose? For me, it’s a no brainer.

In short, the existence of air transport makes sense because it is secure, and secondary to that are its other qualities, such as speed, punctuality and the varied commercial and complementary services. Let’s keep moving forward!

How does border control policy impact passenger flow at airports?