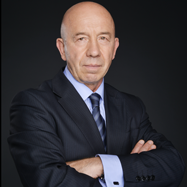 Through this live online briefing, Vladimir Zubkov, Secretary General at The International Air Cargo Association (TIACA), detailed how air cargo is the lifeline of recovery and wellbeing, and how the imperative operations are being greatly affected by the COVID-19 pandemic.

Dedicated to supporting the recovery of aviation, Vladimir discussed innovative procedures available to protect the air cargo sector, and increase its resiliency in the future.

Every aspect of aviation is being impacted by the COVID-19 pandemic, and the air cargo sector is not exempt from this. Therefore, International Airport Review organised a live briefing specific to air cargo to ensure you are kept as up to date with all the relevant sectors in aviation.

Watch on-demand for this free, exclusive opportunity to hear – directly from Vladimir – advice on how the air cargo sector can navigate the COVID-19 crisis.

A graduate of the Civil Aviation Academy in Saint Petersburg, Vladimir was appointed TIACA Secretary General in January 2017. He previously served as Chairman of TIACA’s Industry Affairs Committee and was on the Board of Directors from 2010 to 2016. He was Vice President of Volga-Dnepr Group of companies from 2008 to 2016, managing relations with IACO, IATA, ACI, WCO, the UN and TIACA; participating in bilateral and multilateral negotiations.

Vladimir started his career at Sheremetyevo International Airport, later working for Aeroflot as General Manager for the UK and Ireland, Denmark and Sweden, before moving to its headquarters as Deputy Commercial Director and Director of International Finance and Accounting. He has worked for ICAO as Director of the Air Transport Bureau and Director of Planning and Global Coordination for 22 years.

Register to watch this briefing on-demand