COVID-19: Latest news and analysis for the aviation sector
Read now: Cleaner, Greener Airports: Making Aviation More Sustainable – Munich Airport
Recommended Read: Merging Swiss efficiency with Indian hospitality: Noida International Airport
Whitepaper: The Future of Freeports: Thought leadership paper
Video: The show goes on at PBS SoCal with COVID-19 testing by Eurofins
Webinar: What’s next with NEXTT – now and in the future?
Read Now: The future of airport furniture and how it can help to shape the passenger experience and prevent the spread of COVID-19
Rebuilding Airports 2021: Register your place today for our Rebuilding Airports Summit!
Airport of the Future: The evolution of ‘smart airports’, cutting-edge technology innovations, plus more! Book your place today
Download our 2021 Media Planner today
webinar 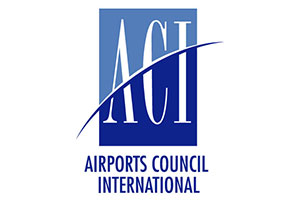 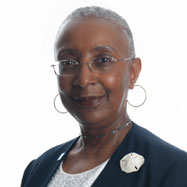 Angela Gittens, ACI World Director General, in this live online briefing unveiled new data and insights on how the COVID-19 pandemic is impacting airports in the short to medium term, whilst outlining what the sector can expect in the long term.

Brought to you by International Airport Review, this live industry briefing is the first in a series designed to ensure you remain up to date in regard to the coronavirus pandemic, with information from leading industry experts. As the global crisis continues to evolve, these briefings will ensure you have access to the most relevant and quality-assured insights.

Watch on-demand for this exclusive opportunity to hear – directly from Angela – advice on how to manage this COVID-19 crisis.

Angela Gittens began her tenure as Director General of Airports Council International (ACI World) in 2008. She was formerly airport CEO for Miami and Atlanta and Deputy at San Francisco International Airport. In other previous roles, Gittens served as Vice-President, Airport Business Services for HNTB Corporation, where she led the firm’s practice in airport business and strategic planning. As Vice-President at TBI Airport Management, she oversaw the transition to private ownership of London Luton Airport and managed operations contracts at several airports in the U.S. and Canada.

Gittens is a Fellow of the Royal Aeronautical Society, and has served on numerous aviation industry boards and committees including the FAA Management Advisory Committee, the FAA Research, Engineering and Development Committee, the National Civil Aviation Review Commission (‘The Mineta Commission’), the Executive Committee of the Transportation Research Board, the Airport Cooperative Research Program Oversight Committee and the Board of Directors of JetBlue Airways. She is also a valued member of International Airport Review’s advisory board.