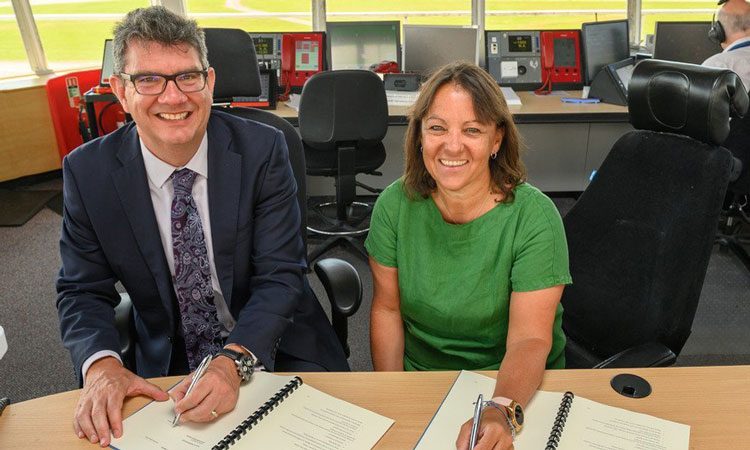 NATS has secured a 10-year contract to provide air traffic and engineering services and expertise for Cardiff Airport.

The contract includes aerodrome, approach and engineering services, as well as the addition of services for the Welsh Government’s St Athan for the first time.

“After a robust tender process, we were very impressed by the NATS bid. Not only are they a reputable, trusted supplier of air traffic services at many UK airports but they stand out for demonstrating technological innovation, operational excellence and impressive engineering capabilities,” commented Deb Bowen Rees, CEO at Cardiff Airport.

“We look forward to further developing our partnership with NATS over the next 10 years and, on behalf of Cardiff Airport’s team, I’d like to congratulate NATS on their success.”

Martin Rolfe, NATS CEO, stated: “Cardiff Airport has gone from strength to strength in recent years, achieving over 60 per cent passenger growth. We are delighted to be adding MOD St Athan to the NATS family and look forward to continuing to provide the Welsh capital city airport with an outstanding service, as we have done since the 1960s.”

Guy Adams, NATS Commercial Director, commented: “The Cardiff contract attracted a number of bidders, so we are delighted to have reached such a positive outcome. Being recognised as a trusted supplier by the airport is a great achievement so I’d like to thank the Cardiff team for working so hard.”

This new 10-year contract follows a five-year contract awarded to NATS by Cardiff Airport in January 2014. Earlier this year Cardiff Airport unveiled its draft masterplan for the next 20 years, setting out its plans for expansion from now until 2040. This followed a 60 per cent increase in passenger growth since the airport was bought by the Welsh Government for £52 million in March 2013. Elements of the masterplan are already being realised with the addition of many new routes, and some airlines flying larger aircraft on their existing routes launching this summer.