The new direct route, set to launch in December 2019, is hoped to increase tourism to both Salvador and Santiago while enhancing local economies. 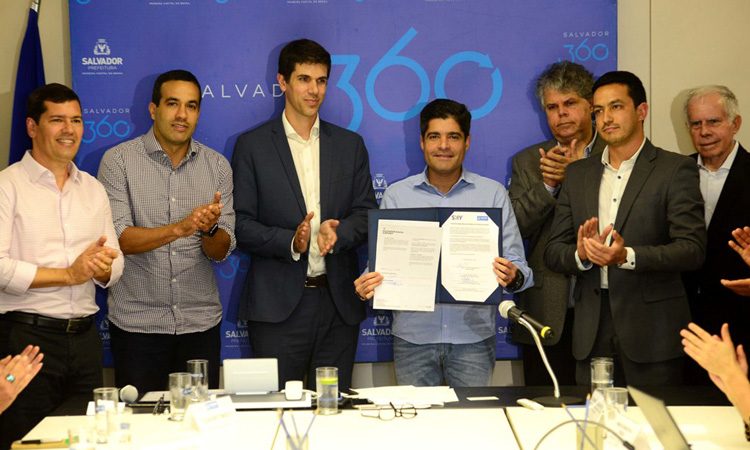 Travelling from Santiago to Salvador will be quicker and more practical as Salvador Bahia Airport and the Municipality of Salvador have concluded an agreement with SKY airlines to operate three weekly flights.

Currently, Chile is second in number of tourists to the capital of Bahia, even without a direct flight. The direct connection between the two cities will further stimulate the arrival of Chileans to the state, stirring the entire tourism chain.

Mayor Antônio Carlos Peixoto de Magalhães Neto, said: “The attraction of these flights to the capital of Bahia reaffirms the commitment of the City of Salvador to seek ways to maintain and expand our tourist flow. Last season, we had the busiest summer of the decade and this summer we want to surpass this mark even more.”

For the Manager of Secult, Claudio Tinoco, this is an action that also aims to bring Chileans closer to the capital of Bahia. Tinoco. He said: “We are working ceaselessly to continue making Salvador’s tourism grow. For this reason, we will support actions that are effective in the arrival of tourists to our city. Salvador is leading the way by attracting a major foreign airline and establishing a direct connection with one of the main markets in Latin America. “

According to Secult, about 3.7 million visitors passed through Salvador in the summer of 2018/2019.

Graziella Delicato, Airline Business Manager for Salvador Bahia Airport, said: “One of Salvador Bahia Airport’s priority objectives is precisely the increase in air traffic. We are particularly happy with this route, because it will connect two airports of the Vinci Airports network, which also has a stake in Santiago de Chile Airport.”