Passenger number have increased 2.5 per cent on 2017’s numbers at HKIA in 2018, ahead of operations beginning in the Terminal 1 Annex Building. 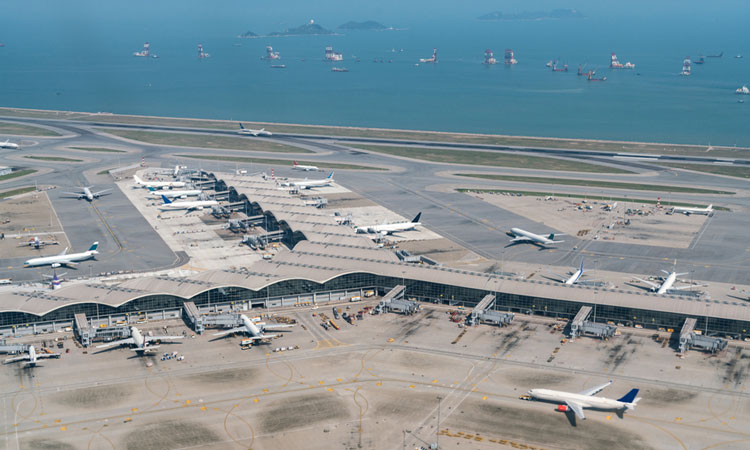 Fred Lam, Chief Executive Officer of Airport Authority Hong Kong (AA), said: “It’s gratifying to see HKIA scale new heights in 2018 on all three air traffic categories, attesting to the dedication, resilience and contribution of our 73,000 airport community members. We are also honoured to be awarded with a number of recognitions during the year, solidifying HKIA’s leading position as a regional and international aviation hub.”

In 2018, HKIA was recognised as the “Airport of the Year” by International Airport Review, in the annual IAR Awards, for the work it does to ensure that the airport runs to the very best of its ability.

Passenger growth in December was mainly driven by three per cent growth in visitor traffic. During the month, Hong Kong resident travel also experienced two per cent growth. Overall passenger traffic to / from Japan, Southeast Asia and Europe recorded the most significant increases.

Amid the uncertain global economic situations, both imports and exports dropped by seven per cent last month, resulting the decrease in overall cargo throughput. Among the key trading regions, traffic to / from Europe and Southeast Asia decreased most significantly in the month.

“Looking forward, several capacity enhancement projects will commence to cater for the surging demand. The Terminal 1 Annex Building will commence operation in 2019. After the commissioning, there will be over 40 new check-in counters with self-bag drop facilities and two additional baggage reclaim carousels. The project will also provide more seats, shops and catering outlets in the expanded Arrivals Hall. Meanwhile, to keep pace with ever-changing traveller dynamics and technological innovations, we will continue to launch new initiatives and passenger-focused features to provide a vibrant, world-class experience for travellers,” Lam concluded.

Navigating the pandemic during aviation’s hour of need