2018’s summer skies were the busiest on record, as flights continue to get cheaper, according to air traffic control service, NATS. 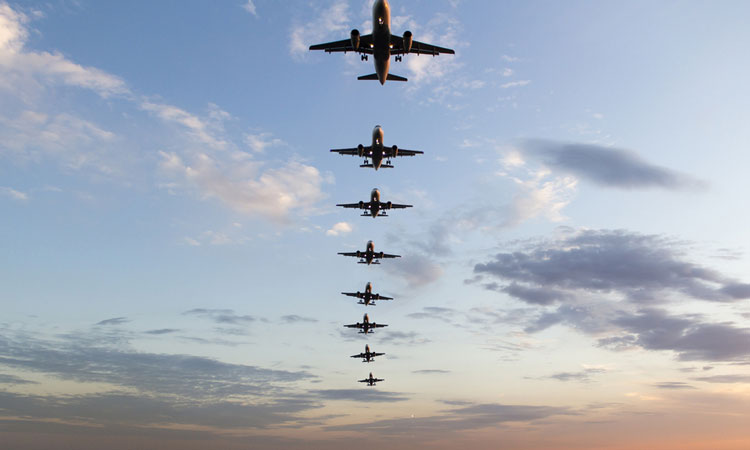 Just over 736,800 commercial aircraft flew in UK airspace over the course of June, July and August, 5,683 more than the previous record set last year and marking six consecutive years of growth since traffic levels fell following the global financial crisis.

NATS’ record breaking summer was mirrored by high traffic levels across Europe, but with markedly better delay performance in the UK. Overall, for the year to the end of August, NATS handled just under a quarter of all air traffic in Europe, but contributed just 2.6 per cent to total delays, with the average delay per-flight less than a third of the European wide level.

Juliet Kennedy, NATS Operations Director, said: “It has been an incredibly busy summer, and our teams have done a fantastic job safely managing what have been unprecedented levels of air traffic. It’s been particularly pleasing to have done so without seeing the severity of capacity issues that have existed elsewhere in Europe. Our investment in new technology, together with changes that were made to some of the airspace over the south east of England in 2016, has helped keep us ahead of demand, but that won’t be the case for long as traffic continues to grow. As an industry we are already planning for the next stage.”

NATS sees the UK’s airspace as a piece of critical national infrastructure in the same category as the roads and railways. That’s something it is looking to raise awareness of through the ‘Sky By Numbers’ campaign, highlighting how airspace underpins many areas of people’s lives,  but wide reaching changes to how UK airspace is designed and managed will be needed to stave off the capacity crunch now in evidence over Europe.

There are already symptoms of it in the UK, particularly in the airspace over Essex where traffic at both Luton and Stansted has grown by 30 per cent over the past four years and demand outstrips capacity at peak times of the day.

Juliet Kennedy added: “With airspace modernisation now Government policy and supported by the Opposition, NATS is working with our airport and airline partners to agree how best to deliver it. The expectation is to be able to bring forward options for public consultation in the next two years, with a view to having changes in place by 2025.”