A plane hit bad weather and has crashed as the plane “fell” from the sky with an estimated 85 people injured, two, including the pilot, critically so. 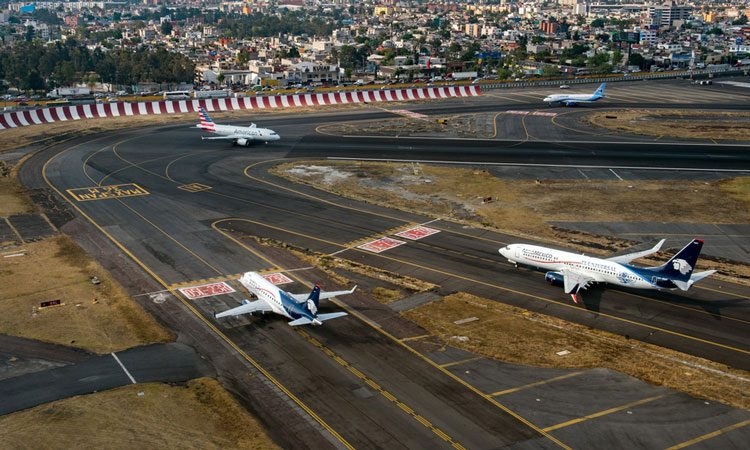 The plane ran into bad weather slightly after take-off

Flight AM2431 reportedly hit bad weather and crashed just after take off on route to Mexico City.

Governor of Durango state, José Rosas Aispuro said at a press conference that there were suspicions that “after the plane had taken off, suddenly it was hit by a gust of wind that made it go down briskly and touch the ground with its left wing, detaching its two engines. The aircraft was projected off of the runway … and fell approximately 300 metres [afterwards].”

Some local sources have suggested that the weather was poor, with heavy rain and strong winds. Furthermore, Mexico News Daily have reported that the pilot attempted but failed to abort the takeoff; “it was raining hard, we felt the plane accelerate to take off and rose, we entered a very strong rain and the plane fell” one passenger has told AND40.

It has been reported in local news that there were 103 passengers on board, with not a single fatality. Approximately 85 people are reported as injured, with two, including the pilot, are in a critical condition.

Some passengers are thought to have been able to walk away from the crash, and walked to the highway in search of assistance, Mexico Daily News have reported.

Some passengers have reported that they remembered the safety protocol as one man “placed his head in his lap” and resumed the brace position as the plane fell.

“When the plane started to stop the fire started, on [his] side was the wing, and a gap, [he] unbuckled [his] daughter and jumped out. There were lots of people screaming” one man told local news.

In a statement, the airline Embraer said: “technicians have been deployed to the scene of the accident” to assist the local authorities.