ICAO Secretary General Dr. Fang Liu and the German Chancellor Angela Merkel have discussed the nation’s leadership in aviation technology at a meeting in Berlin. 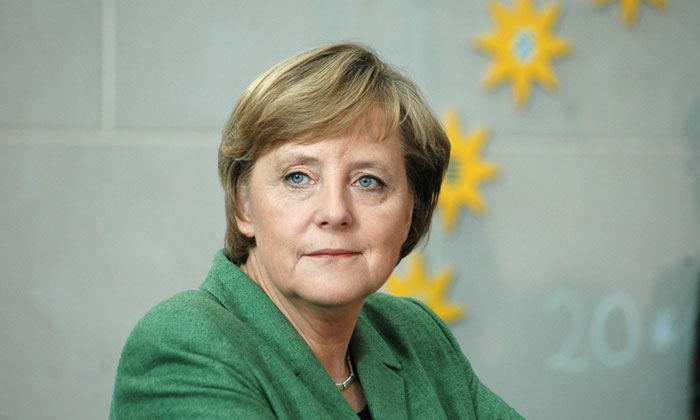 Dr Liu was the German capital to speak on air transport growth and sustainability during a panel event at the Berlin Aviation Summit and to tour the Berlin Air Show with the Chancellor.

During the Berlin Aviation Summit panel discussion on the topic of who will shape the future of aviation, Dr. Liu said: “By just after 2030 we expect that as many people will travel by air in a single year as currently occupy the entire planet, close to eight billion people. Aviation is very hard at work preparing for this challenge today, and it’s critical that the world’s governments understand how important it is to have sufficient capacity in place to manage future air traffic demand.”

The ICAO Secretary General also highlighted the development underway in air transport as new technologies continue to evolve for both passengers and freight “higher, faster and greener than ever before.”

“At one end of this spectrum we’ll see drones navigating to deliver goods and services in dense  urban environments,” she said, “and at the other new sub-orbital planes will soon be moving at super or hyper sonic speeds and at altitudes well beyond what we now know as ‘controlled airspace’.”

During her mission to Germany, Dr. Liu met with the German Chancellor at the air show’s opening ceremony. Together they toured its exhibits, and with the State’s Minister of Transport and Digital Infrastructure, Andreas Scheuer, they discussed Germany’s leadership in innovative aeronautical technologies for sustainable aviation development and future aviation capacity challenges and the strengthened cooperation between ICAO and Germany. Dr. Liu also met with a wide range of industry representatives as they toured the various exhibits.

Meetings were also held between ICAO Secretary General and the State’s Director General of Civil Aviation, Johann Friedrich Colsman, and the Executive Director of the German Aviation Association (BDL), Matthias von Randow. Discussions with these officials focused mainly on the important role and contributions by industry to the implementation of ICAO standards, policies and programmes, the Carbon Offsetting and Reduction Scheme for International Aviation (CORSIA) and aviation security in particular.

Dr. Liu expressed her gratitude to Germany for its support and contributions to ICAO, noting in addition the upcoming CORSIA standards to be considered by the ICAO Council this June. She encouraged the State’s support for the envisaged adoption of the Roadmap to implement the new Global Aviation Security Plan at the upcoming ICAO Regional Conference, and to participate in ICAO’s assistance and capacity-building projects  under its No Country Left Behind initiative.