Mallards, American wigeons, snow geese, dunlins, and green-winged teal were among the species ousted from Vancouver International’s runway in its record year. 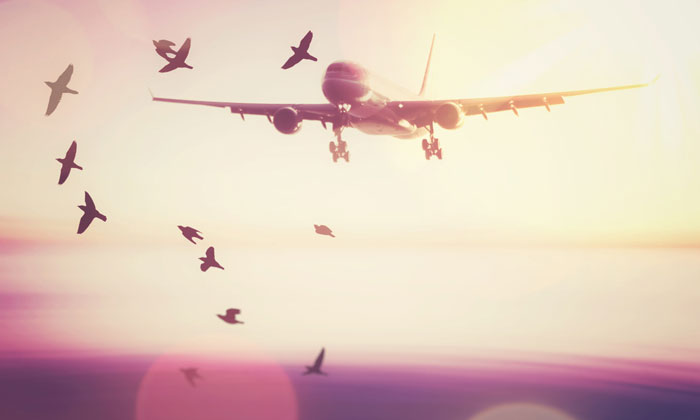 HAZARD: Whilst they seldom cause significant accidents, bird strikes often cause trouble for pilots

Wildlife control at Canada’s biggest airport can congratulate itself on a good year, if an editorial in the Vancouver Sun is to be believed.

The newspaper reported Vancouver International Airport’s wildlife programme chased away more birds than ever in 2017. At 1.5 million birds, the total trumps 2016 by 47 per cent and almost triples the number for 2011. More than 400 birds were culled and 174 birds of prey relocated.

The airport uses a range of methods to keep the unwanted fauna from the airfield. It employs a team of 16 wildlife biologists which patrols the airfield throughout the year. Trained dogs, pyrotechnics lasers and whips are all part of their arsenal. The team also traps, tags and relocates birds of prey or “raptors”.

Another method the biologists use is the deployment of trained birds of prey which help keep the numbers of shorebirds, duck, geese and herons on the airfield down.

Bird strikes can be a source of serious problems for pilots. Usually, a bird hitting the engine is of no consequence. But there are exceptions. According to the Aviation Safety Network there have been as few as 87 accidents since 1955 caused by birds hitting planes. The most deadly of these was in 1960 when 62 people died on an Eastern Air Lines flight from Boston to Philadelphia. According to the AVN, the plane was struck by a flock of starlings a few seconds after taking off, with all but one of the four engines ingesting the birds. The plane ended up crashing “almost vertically” into the water at Winthrop Bay. There were only 10 survivors.

Other wildlife can also create unexpected issues for airports to clear up. Stray or escaped dogs are a staple, but any local animals can wander onto airfields. At the end of last year a seal, weighing approximately 450 pounds (205kg), lumbered onto the runway at Utqiagvik Airport, a tiny airport at the northern most tip of Alaska. A sled was used to oust the animal so flights could resume fully.

An innovative and technology-driven airport experience

Looking ahead to the new year: Airports’ sustainable recovery

Limited recovery for UK air traffic in 2021 as pandemic continues