Wildlife strike risk management: Why must the industry work together? 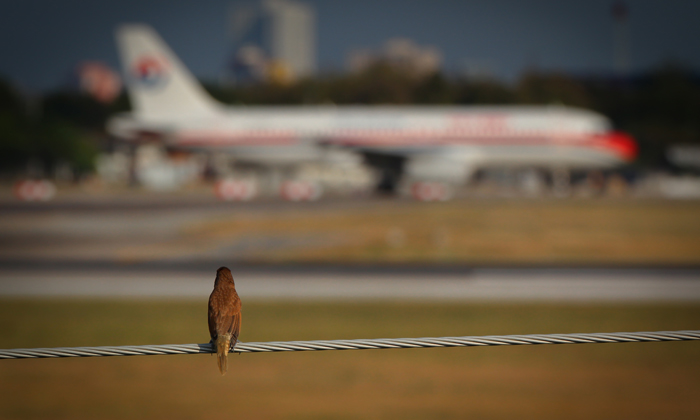 THE current model of wildlife risk management proposed by the International Civil Aviation Organization (ICAO) is highly focused on airport personnel, which reinforces the widespread belief of the aviation industry that aircrews and air traffic controllers (ATC) are responsible for only minor short-notice tactical actions to prevent wildlife strikes.

Unfortunately, the approach based on airport personnel has not been successful because, unlike humans, birds have no concept of borders. Even worse, most of the ICAO’s Member States, such as Brazil, don’t currently have many practices in line with this approach.

The aircraft I was on board when writing this article departed from one of the busiest international airports in Brazil and I spotted more than 20 Southern Lapwings on the ground close to the runway threshold where they were foraging in the short grass. I did not see a wildlife control car on sight. Fortunately, there was no strike on this occasion.

Like us, those Lapwings just want to live in a good neighbourhood with access to food and no disturbance. Given this, it would appear that wildlife control needs to account for the nature of bird behaviour to achieve an integrated means of effectively keeping aircraft away from birds.

Establishing the extent of strikes In 2016 the Brazilian Aeronautical Accidents Investigation and Prevention Center (Cenipa), responsible for managing the national wildlife strike databank in both the civil and military arena, registered more than 2,000 strikes and 4,000 near misses/sightings. Eighty per cent of these strikes occurred inside aerodromes.

Using the international estimate approach proposed by Allan2, we conclude that the national databank received 40 per cent of the total strikes in 2016. An impressive result for a young system that was only established in 2011 by Cenipa. This tool registers wildlife events online in Portuguese and English, allowing all aircrews operating in Brazil to report strikes, near misses and sightings. After appropriate treatment and error reduction, reports can be searched (also in both languages) by anyone including airports, aircraft operators, ATC, as well as aviation authorities to help improve the national regulatory framework. The question is: Are these organisations ready to use this data? Perhaps not.

Proactively managing the wildlife risk is better than waiting for hazardous events to occur. This is a very important aspect of wildlife mitigation. As stated by ICAO, wildlife evidences at crash sites can quickly disappear due to engine ingestion, fire, submersion or even the small size of the evidence. For this reason, it is very likely that many accidents caused by wildlife have gone undetected.

Investigation teams play a critical role, representing the last chance to find clues from crash sites and collect samples for DNA analysis to confirm or refute, days later, whether an animal caused the accident. This crucial step of ascertaining whether wildlife was the root cause of an accident helps to categorise events accurately and raise situational awareness about this human-wildlife conflict.

For this reason, effective on-site investigation is necessary to help the industry learn from past events. Cenipa has been investigating serious – and some not-so-serious – events that have helped identify some gaps in the Brazilian aviation industry.

Shortly, Cenipa will release an investigation report that highlights the role of ATC and crews in the job of maintaining wildlife-free runways. This report details two strike events that occurred within 16 minutes of each other. The first strike, involving a Lapwing, occurred during the take-off of a Boeing 737. The crew reported the strike to ATC and determined that the aircraft was safe to continue its flight. Sixteen minutes later, the crew of an Airbus 320, lined up for take-off, received information from ATC that the carcass of the struck Lapwing had attracted Caracaras (large opportunistic scavenger birds found throughout most of Brazil). Rather than waiting for the airport crew to clear the Lapwing remains from the runway, the Airbus 320 crew opted to proceed with the take-off, which was subsequently rejected because they struck one of the Caracaras feeding on the remains. When asked why they started the take-off run despite receiving information from ATC that birds were on the runway, the crew declared they did not see the birds.

Why didn’t anyone halt operations on the affected runway? Perhaps it is due to the fact that most aerodromes in Brazil have only one runway and do not consider wildlife to be a serious hazard? The flight crew intimated that they would not fly in Brazil if they had to cancel take-off every time they receive information of birds on the runway.

Effective and informed decision-making requires clear and timely communication. Pilots need to receive accurate real-time information about wildlife hazards in order for them to decide if delaying take-off by waiting for airport crews to clear runways of wildlife is the right course of action. However, it is essential that aircrews are also trained about that, to prevent negative impacts, high costs and catastrophic events from occurring, particularly when the wildlife hazard is not considered to be a serious threat to aviation safety.

I believe a good starting point is to develop measured approaches and standardised communication, so that all stakeholders are on the same page. The aforementioned incident showed that airport personnel knew how many birds were on the runway (eight birds with an accumulated mass of 10kg) but the flight crew did not. The quality of the information provided by ATC to the aircrew did not sufficiently fill the gap to ascertain wait or take-off. This instance highlights that ATC also need to be trained about the threat of wildlife.

This event exposed the urgent need to train aviation stakeholders on how to identify and respond to wildlife hazards. Airport personnel should be more assertive when recommending ATC undertake operations to mitigate immediate hazards from runways. After all, it is usually the airport personnel who are the most informed about such hazards.

It should be noted that Brazil has two aviation authorities: One responsible for civil aviation regulation and another for ATC regulation. The latter authority set the rules for operation of the main communication channel between airport personnel and pilots for quick responses (e.g. wildlife management activities, holding position, go-arounds etc.). Therefore, the regulatory framework of both authorities must be integrated to ensure an effective management cycle – particularly for dynamic hazards such as wildlife.

However, there is a missing component that lies at the door of ICAO – as the worldwide organisation focused on aviation safety – to gather wildlife strike experts to set an Acceptable Level of Safety for Wildlife Strike Risk (ALoS-WSR) and its related Key Performance Indicators (KPI).

Although ALoS and KPI are not new concepts, their use in wildlife risk management is still in their respective infancies. However, they are essential to triggering national regulation, particularly in countries that still don’t have procedures to classify the level of threat and stop aircraft operations in response to serious wildlife hazards (e.g. numerous high-risk birds flocking on a runway). In such situations, immediate action is necessary to quickly stop and remove the hazardous birds (temporary obstacles), based on formal notification methodologies such as the Bird Watching Condition (BWC).

Finally, training is the cornerstone for recognising a threat before incidents occur and, as such, crews require more training than others given their close proximity to the threats. Unfortunately, on a global level these professionals are the least trained to deal with wildlife within the aviation industry.

In summary, Cenipa represents the rational side of the aviation-fauna conflict and in so being, we must learn from previous experiences and continuously improve the wildlife strike risk management framework by incorporating safety recommendations. This continuous improvement must reach all the Member States through exchange of information under the detailed guidance of ICAO.

HENRIQUE RUBENS BALTA DE OLIVEIRA is a retired fighter pilot for the Brazilian Air Force (BAF) with more than 20 years of flight safety experience and a master’s degree. Since 2009, Henrique (Henry) has worked at the Aeronautical Accidents Investigation and Prevention Center (Cenipa) as the Wildlife Strike Risk Advisor, where he has authored the BAF Wildlife Strike Risk Management Manual. Henry helped the national industry on wildlife control writing regulation for civil and military and has presented papers on wildlife control at numerous international seminars 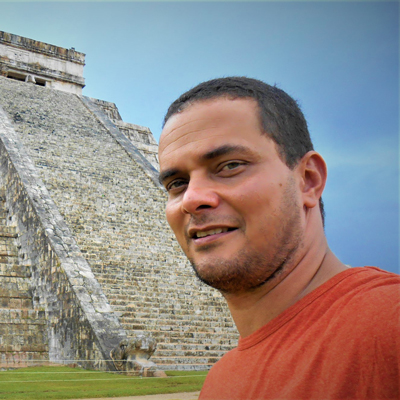