Airport Authority of India to develop airport in neighbouring Myanmar

AAI is, according to a senior official, in the process of realising a vision of expanding the use of its expertise all over the world. 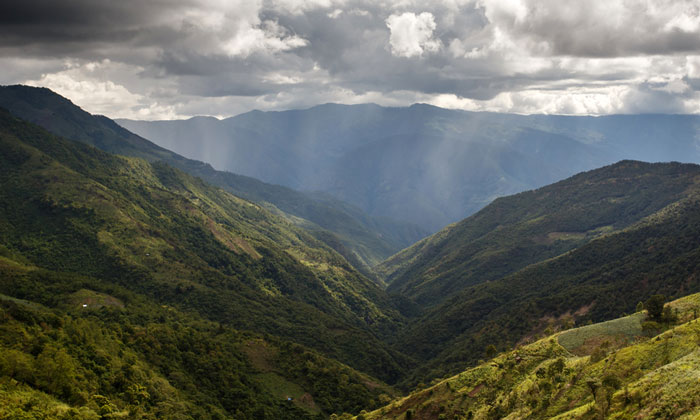 A photograph of the countryside outside Kalay, Myanmar

The Airports Authority of India (AAI) will develop an airport in the neighbouring nation of Myanmar, it has been announced.

The AAI signed an agreement with the Indian Government’s Ministry of External Affairs to begin preparations for phase one of Kalaymyo Airport’s development. The airport is located around 70km east of the border with India’s Mizoram state. It is operated by the Myanmar Government.

Speaking on the occasion, Mr Gupta said he envisaged his organisations going global, adding that AAI had developed more than 60 airports in India and wants to leverage its expertise to other countries on bigger scale.

The authority may well be set for a busy future, with aviation in India on a steep upwards trend and the nation’s Government putting a great deal of resources into servicing the coming influx. Recently, the AAI signed a memorandum of understanding (MoU) with the International Air Transport Association (IATA) concerning its capacity building initiative. It was signed by Mr. S Suresh, Board Member (Finance), AAI and Mr. Alexandre de Juniac, Director General and CEO, IATA in Geneva, Switzerland.

Under the International Civil Aviation Ogainzations’ theme of ‘No Country Left Behind’, AAI is targeting air navigation service providers and airport operators worldwide with its data gathering solution SkyRev360.

India is expected to double its number of airports to 200 by 2032 to meet the growing passenger demand. Of the 100 new airports set to be erected, 70 will go up in areas that currently have no airport facility whist the remainder will become second airports or expansions of existing airfields.

IATA has predicted that by 2025, India will have jumped over the UK to become the third largest market for aviation in the world, with only China and the USA outdoing them.