Emissions trading must apply to all airlines or none 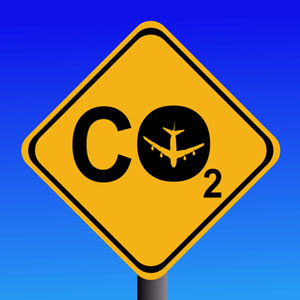 Faced with growing international unease over the application of the EU Emissions Trading Scheme (EU ETS) to aviation, the European Regions Airline Association (ERA), which represents some 65 intra-European airlines, has written to European Commission Vice President Kallas urging either the complete withdrawal, or the suspension of the implementation, of the EU ETS for all air carriers until existing disputes can be reconciled or until the International Civil Aviation Organisation has had time to develop a climate protection scheme that could be applied world-wide.

The latest international developments have included the on-going case against the EU ETS in the European Court of Justice, recent statements by China and a proposed Bill in the US that would make compliance with the EU ETS illegal for US air carriers.

Mike Ambrose, Director General, says: “Aviation is a global industry and needs a global solution on emissions and climate change. In pressing ahead with the EU ETS as a unilateral solution, the European Commission has brought the current situation on itself. We are now seeking reassurance from Vice President Kallas that, should the US Bill – and any similar actions from other countries – be accepted by the European Commission, the application of the EU ETS to all carriers, including intra-EU airlines, should be withdrawn or suspended.”

The Association in its letter also seeks the assurance of the European Commission that it will establish transparent, consistent and robust methodologies to determine if ‘equivalent’ measures that might be applied by non-EU countries in order to gain exemption from the EU ETS for their carriers, are genuine in terms of the scope, magnitude and timescales of climate change protection measures.

In conclusion, Ambrose commented: “A situation whereby intra-EU carriers would be the only airlines left complying with the scheme, would do nothing for the environment but would be detrimental to Europe’s economic stability, its businesses and citizens, particularly those in the EU’s regions.”