Virgin Atlantic welcomes its new Airbus A330 at Gatwick

Virgin Atlantic has launched its second Airbus A330 aircraft from London Gatwick, the first time the airline has operated this aircraft type from its Gatwick base… 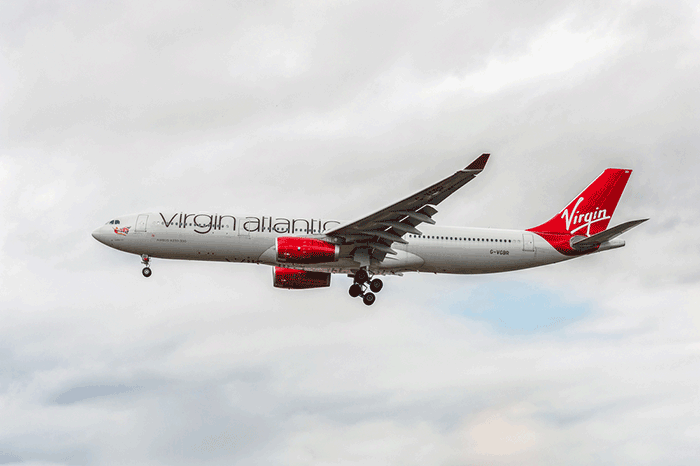 Holidaymakers will take to the skies on 1st May to Orlando, Florida.

The aircraft is a long range twin engine aircraft and is the most efficient aircraft in its class today. The new plane will use 15% less fuel per seat than the airline’s A340-300 aircraft, delivering Virgin Atlantic’s commitment to flying a lower carbon fleet.

This second A330 aircraft to join the fleet and is part of a $2.2bn order of 10 new A330s that will be delivered over the next two years enabling the airline to take more passengers to key markets including US East Coast, East and West Africa, the Middle East and India. The first A330 launched on 2nd April from Manchester to Orlando.

The new A330 aircraft features a revolutionary new IFE system by Panasonic. The new cutting edge system uses the latest touch screen technology which allows passengers to scroll and swipe through over 300 hours of content quickly and easily. Later this year Virgin Atlantic travellers flying on the A330 will be able to send and receive emails and texts on their Blackberries, handheld PDAs and other mobile devices.

“I am very proud to welcome ‘Mademoiselle Rouge’ to Gatwick today. We are hoping passengers travelling on this new aircraft to Orlando will enjoy the new in flight entertainment system. With over 300 hours of movies, award winning TV shows, music and games we are sure holidaymakers flying from Gatwick today will love having this cutting edge technology at their fingertips.”