With just over half the GDP per capita of Canada’s richest province, the peninsula and islands of Nova Scotia have a lifeline in its international airport. 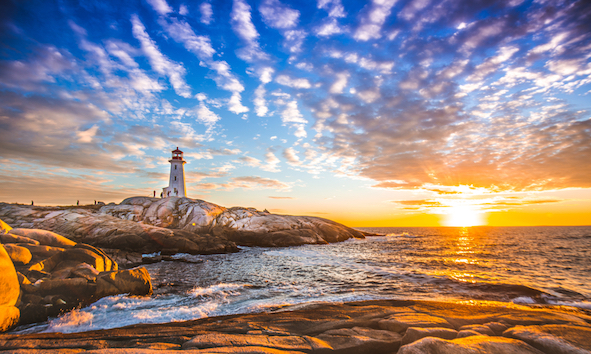 An economic impact assessment has placed the value of an airport in Nova Scotia at CAN$2.8 billion (£1.6bn).

The Chris Lowe Group crunched the 2016 numbers for Stanfield Halifax International Airport, the main airport of the east Canadian province.

It found that the value had increased by 4.4 per cent on 2015, driven by record business passing through the airport. Last year brought 3.9 million passengers to the maritime province’s hub for the first time. A record 33,330 metric tonnes of air cargo were processed at the airport in 2016.

The total impact from air cargo exporters on the provincial economy is approaching $490 million.

Almost one third of the province’s visitors enter Nova Scotia through the airport, contributing over $943 million to the provincial economy in 2016.

Every Condor flight from Germany arriving in Halifax, for example, creates seven person-years of employment in Nova Scotia and contributes $475,000 to the province’s economic output.

“A successful airport is the catalyst for economic growth, the heart of a community, and the lifeblood of prosperity. The airport creates jobs; moves people, goods and ideas; and is one of the most critical pieces of transportation infrastructure in Atlantic Canada,” said Joyce Carter, President and CEO, Halifax International Airport Authority (HIAA).

“Together, the Airport Authority and all of our airport partners have a tremendous positive impact on Halifax and the entire province.”

Halifax Stanfield International Airport is a significant employer, with 5,665 full-time equivalent (FTE) jobs in 2016. Major employers include IMP Group, Air Canada and Jazz Aviation who together had 2,079 FTE staff or almost 40 per cent of the airport’s workforce.

The direct employment associated with airport operations, airport tenants, air cargo exports and air tourists is 13,082 FTE jobs. The direct and spinoff employment for all activities associated with Halifax Stanfield International Airport is 31,664 FTE jobs with 5,665 FTE jobs or 18 per cent based at the airport. For every job at the airport, 5.5 more jobs are created in the province.

For every dollar the airport generates, the broader economy of Nova Scotia receives $2.54 in economic output.

“Halifax Stanfield enriches the economy of Nova Scotia, and we are proud to make such a valuable contribution to our region’s success,” adds Carter.