The largest airport in Zimbabwe was renamed Robert Gabriel Mugabe International, in a move contributing to the political tension that culminated in a military takeover just one week later. 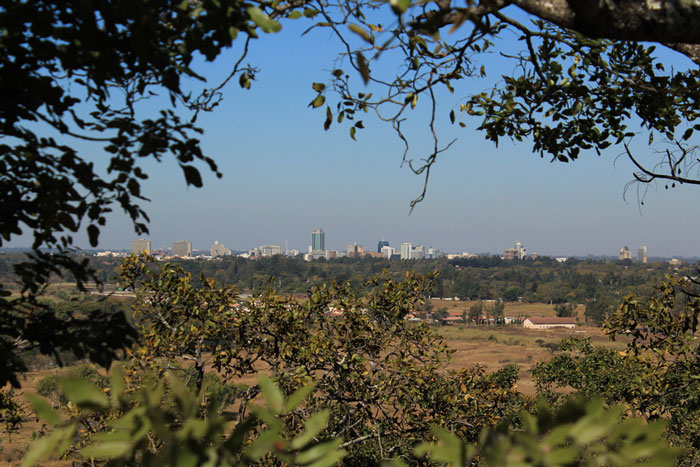 WEARING MANY HATS: Harare Airport was originally Salisbury Airport during Zimbabwe's colonial era. It's new title may not last long if the opposition have their way.

Formerly known as Harare International, the airport was rechristened in a ceremony on November 9 with the 93-year-old President in attendance. The decision sparked an outcry among the President’s opposition, contributing to an atmosphere of discontent surrounding the succession of his office which culminated this morning (November 15) in an army takeover of the country. President Mugabe is reportedly being held, though the exact circumstances are as yet uncertain. A military spokesman said that the army was in control while it targeted criminals close to the President.

Among those who have been arrested is Zanu-PF youth wing leader and Finance Minister Ignatius Chombo. The youth wing of the party was one of the loudest voices calling for Harare International Airport to become Robert Gabriel Mugabe International, threatening to bar ministers who opposed the move access to the President’s birthday celebrations.

The hour-long renaming ceremony last week featured three musical acts, five speeches and a statement from President Mugabe himself. It is available to watch in its entirety on YouTube.

After thanking those present, the nation’s leader, who has been in power for more than 35 years, said: “My government recognises that air transport is pivotal to the economic growth of our country.

“We have been debating this issue of economic growth, this issue of development, of encompassing all our people and trying to improve their condition.

“While transport in general accelerates the movement of people and goods in a cost effective way, air transport facilities promote national and regional trade, tourism, investment and integration.”

The move has sparked controversy in the African nation. Movement for Democratic Change (MDC), the leading opposition to Mugabe’s Zanu PF, branded the move an insult. In a piece written for its website the MDC said the renaming “marks a new low in both the political and aviation history of Zimbabwe.”

“The MDC is a social democratic political part; it is a people’s project and as such, we abhor and condemn any attempt to personalise and privatise national institutions such as the Harare International Airport.”

It added that, should the party get into power, the name change will be short lived.

In July, the youth wing of Zanu PF put pressure on Zimbabwe’s ministers to go ahead with the renaming. Its secretary Kudzanai Chipanga said: “Senior members of the party and ministers will not be allowed to attend the 21st February Movement celebrations next year if the Harare International Airport is not going to be named after Mugabe before the celebrations. The youths demand the renaming of the airport and this must be done as a matter of urgency.”

This is the second time the airport has been renamed. After the nation’s capital changed from Salisbury to Harare when Zimbabwe declared independence in the 1980s, the airport followed suit.