Capital Airlines has launched a new Qingdao-Sydney route; a new airline and route for Sydney Airport. 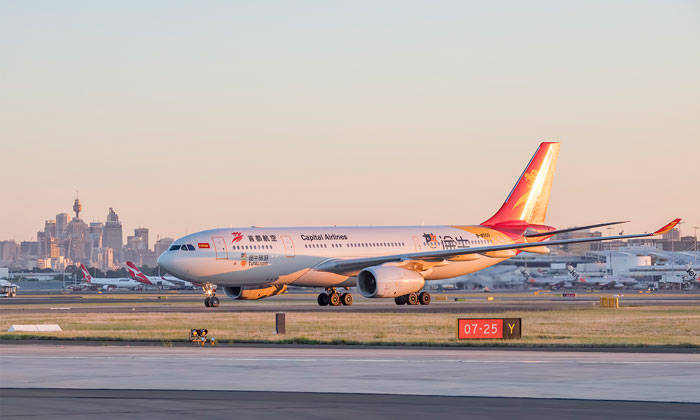 Capital Airlines Vice President Qu Tao said the airline was excited to be launching its new service to Sydney. “Capital Airlines’ launch of the Qingdao-Sydney route helps establish another passageway in the sky between China and New South Wales, to help facilitate and promote trade development and tourism between the two cities,” Mr Qu said.

Parliamentary Secretary to the Premier and Treasurer Jonathan O’Dea MP welcomed the new service which follows the NSW Government’s recently announced partnership with the airline.

“The aviation industry remains a key player in turbocharging tourism growth across NSW and we look forward to working with Capital Airlines and our travel trade partners,” commented Mr O’Dea.

Qingdao is a vital hub for Capital Airlines, as passengers can connect onto the airline’s new Vancouver or London Heathrow services, or utilise its partner HNA Group’s services through Qingdao Liuting Airport to 17 domestic ports across China. Qingdao also has a 72-hour visa-free transit policy for Australian passport holders transferring via the airport.