Avianca and Inmarsat today announced the signing of an agreement that will allow travellers to enjoy the most advanced broadband technology onboard its aircraft. 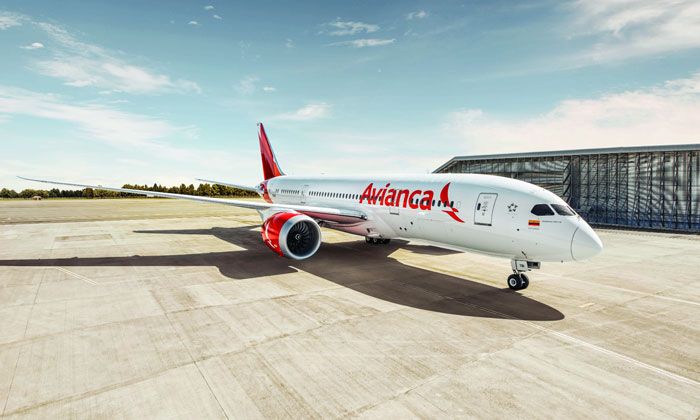 With this project, Avianca becomes the first airline in Latin America to make its aircraft available for the provision of GX Aviation, the new and advanced solution developed by Inmarsat to offer Wi-Fi to passengers and cabin crew during flights.

GX Aviation is the first in-flight broadband solution from one operator with reliable and high-speed global coverage from a single operator, allowing Avianca’s passengers to browse the internet, stream videos, check social media and more during flights. A new in-flight connectivity experience that’s in a class of its own.

GX Aviation will initially be available to all Avianca passengers on approximately 125 Airbus A320, A330 and Boeing 787 aircraft, with the potential for additional aircraft to be provisioned at a later date. Avianca’s GX-equipped aircraft are currently expected to be rolled out starting at the end of the year.

Hernan Rincon, Chief Executive Officer of Avianca, said: “Today, technology is one of Avianca’s fundamental pillars. Therefore, and to allow our travelers to be always connected, we have signed an agreement that will enable us to continue advancing in our digital transformation with the support of Inmarsat.”

Leo Mondale, President of Inmarsat Aviation, said: “GX Aviation is now live as the most advanced in-flight connectivity solution in the world. It has been specifically designed from the ground up as a seamless and robust service for airlines and their passengers, overcoming the shortcomings of traditional in-flight internet providers. The rapid uptake from airlines is evidence of the market’s confidence, with launch customers signed in key regions such as Europe, the Middle East, Asia Pacific, Australasia and now, Latin America.”

“Avianca understands that its passengers and cabin crew today expect a consistent, reliable and fast in-flight broadband service wherever they fly. GX Aviation is also scalable with the high growth expected in Latin America over the next decade.”