Progress beginning to show from ICAO-led bilateral meetings in Africa

State and intergovernmental leaders concur on ambitions for African aviation. 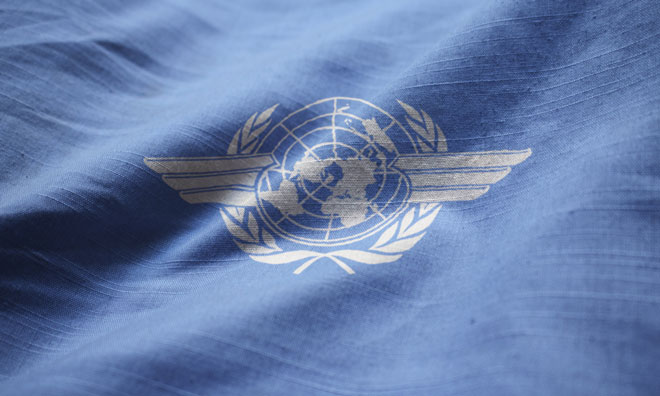 Strengthened alignment on the development of aviation in Africa has resulted from high-level bilateral meetings between ICAO, the Government of Ethiopia, and the African Union undertaken last week by the UN agency’s Secretary General, Dr. Fang Liu.

Dr. Liu was received by the Prime Minister of Ethiopia, H.E Hailemariam Desalegn, who emphasised his recognition of aviation’s significant contributions to the country’s socio-economic development and ICAO’s key support and facilitation of the sector’s progress. The two leaders reviewed the importance of continued infrastructure investment, capacity-building, and international cooperation in this regard, with issues pertaining to security and aviation safety being of particular note. The Prime Minister expressed his Government’s readiness to further strengthen the aviation sector in Ethiopia to contribute to the social and economic integration of the African continent.

The Secretary General expressed ICAO’s appreciation for the State’s commitment and investment in aviation that has triggered Ethiopia’s leadership in the sector in Africa. Pointing to the strong expansion of Ethiopian Airlines, whose Group CEO, Mr. Tewolde GebreMariam, was later also visited by Dr Liu, the Prime Minister accepted the Secretary General’s invitation to attend an ICAO event and share Ethiopia’s experience with other States, both in the region and beyond, to showcase the important role States can play in supporting air transport development and the broader socio-economic returns resulting from these efforts.

Further to the enhancement of aviation’s contributions to African development, Dr. Liu held a bilateral meeting with the Chairperson of the African Union Commission, H.E Moussa Faki Mahamat, notably with a view to ensuring the realisation of the strong cooperation between their two organisations that is crucial to fully unlocking the full benefits of African air connectivity. Highlighting the pivotal role of aviation as a stimulant to economic and community development, and as an anchor of public and political integration in Africa, the Chairperson commended ICAO’s achievement in recent years especially the assistance and guidance to African States under its “No Country Left Behind” initiative.

The two leaders agreed that while significant progress has been realised with ICAO support in the recent past, further effort is needed, with greater coherency and focus.

They agreed that greater momentum could be gained by enhancing awareness of aviation issues among African Heads of States, in particular through briefings to the summit of heads of States of the African Union, encouraging commitment to a Single African Air Transport Market (including by supporting the implementation of the Yamoussoukro Decision), enhancing compliance with ICAO safety, security and facilitation standards, and working in accordance with guidance on infrastructure and human resource capacity provided in ICAO’s Comprehensive Regional Implementation Plan for Aviation Safety in Africa (AFI Plan) and Comprehensive Regional Implementation Plan for Aviation Security and Facilitation in Africa (AFI SEC/FAL Plan).

These views were echoed in bilateral meetings that also took place between Dr. Liu and Ethiopia’s Ministers of Foreign Affairs and Transport, Dr. Workneh Gebayehu and Mr. Ahmed Shide, respectively.

These discussions focussed on the need to sustain and improve the safety and security oversight, the ratification of aviation conventions and other legal instruments, the development of environmentally-friendly infrastructure and participation in the implementation of the Carbon Offsetting and Reduction Scheme for International Aviation (CORSIA), and compliance with ICAO Standards and Recommended Practices, all of which were recognized to support the sustainability of significant aviation growth in the country.