Demonstrating its leading position in the Baltic region, Riga achieved a new passenger traffic record of more than 5.3 million passengers… 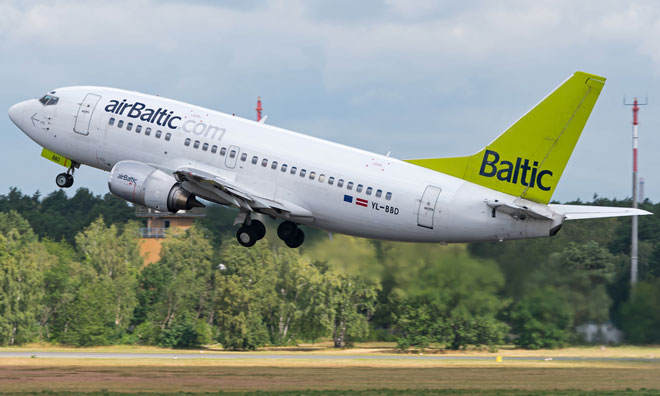 Demonstrating its leading position in the Baltic region, Riga International Airport achieved a new passenger traffic record exceeding the threshold of 5.3 million passengers. The lucky 5 390 000th passenger Airi Noor arrived at the airport with a flight from Tallinn operated by the Latvian national carrier airBaltic. Arnis Muižnieks, Director of Aviation Department, Ministry of Transport: “Closing the year with a new passenger traffic record, Riga International Airport has once again proven itself as the undisputed leader in the Baltic region. The recent ambitious investments in the airport infrastructure, upgrading the airfield and improving passenger service facilities, have made Riga even more attractive to both airlines and travellers.

Airport development is closely linked to the growth of the national airline airBaltic, which this year carried more than half of the passengers of Riga Airport.”

Normunds Feierbergs, Member of the Board of SJSC Riga International Airport: “A new passenger traffic record – 5 390 000 passengers, once again proves the sound growth of Riga Airport, and we are very grateful to our passengers who choose our airport for their journeys, as well as to the airlines that provide an extensive aviation traffic offer from Riga. Forecasting future increase in passenger numbers, the airport is already planning the next steps for further improvement of the passenger terminal, expanding the check-in hall, the baggage claim and sorting areas, security control area, as well as constructing of a multi-storey car park and connection to the newly built “Rail Baltica” Riga Airport station.

Our goal is to create an airport that would meet the needs of our passengers and be a place to return to again and again!”

Martin Gauss, CEO airBaltic: “airBaltic fleet expansion with new, larger aircraft means that in 2017 we will be able to offer 16% more tickets, since the number of seats to be sold will increase. airBaltic will fly more often to European airports, while in the most popular routes such as Copenhagen-Riga we will use a larger jet aircraft which will replace the turboprop plane. Thus, we expect that the improved airBaltic service next year will allow us to increase the number of customers”.

By the end of the year Riga International Airport intends to serve 5.39 million passengers. London, Moscow, Oslo, Frankfurt and Helsinki are this year’s most popular destinations (cities) from Riga Airport. In turn, Germany, the United Kingdom, Russia, Norway and Finland are the most frequently visited countries.