Decision Time: Scottish Government comes out in support of Heathrow 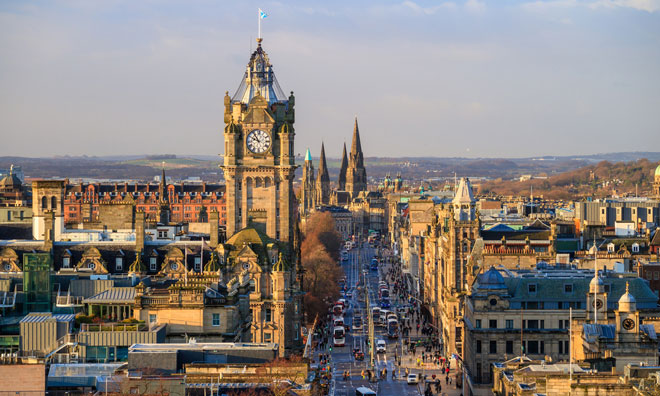 In anticipation of the long-awaited decision as to whether it should be Gatwick or Heathrow that is awarded permission to build an additional runway, International Airport Review will present a detailed focus over the next weeks and months on the two London Airports. The Scottish Government has announced its support for plans to build a third runway at London Heathrow Airport, after securing key commitments for Scotland.

The expansion plans offer the greatest strategic and economic benefits to Scotland, creating thousands of jobs and providing a significant boost to the country’s connectivity.

The airport’s commitments include:

London Heathrow Airport will make these commitments in a Memorandum of Understanding to be signed with the Scottish Government today.

“We have been clear from the start of this process that we wanted the best deal for Scotland and building a third runway at Heathrow provides the most significant benefits to the country’s economy and connectivity.

“We have engaged extensively with both airports during this process and considered all options very carefully.

“Gatwick’s proposals are also to be commended.”

“However, Heathrow’s plan offers significant job creation, major investment opportunities and, crucially, seeks to address how all of Scotland’s airports benefit from the new runway capacity when it comes and also in the lead-up period.

“The potential for a logistics hub to be based at Glasgow Prestwick Airport is also an important part of the Heathrow offer. It would support the pre-fabrication of components for the construction phase, with potential for future work beyond the launch of the third runway, bringing strong economic benefits to the airport and the wider Ayrshire economy.

“Growing the number of direct international air routes to and from Scotland remains a priority for this Government, but the proposals from Heathrow offer all our airports a range of benefits that will help them grow passenger numbers and continue to build on their successes.

“It’s now time for the UK Government to end its costly prevarication on airport expansion and support Heathrow’s plans to ensure Scotland, and the United Kingdom as a whole, can begin to reap the rewards on offer.”

“An expanded Heathrow would create up to 16,000 jobs in Scotland. It would facilitate more airlines flying routes to Scottish airports, meaning more flights, more competition and choice for families and businesses across the nation. That also means more visitors to Scotland, more destinations for Scottish tourists and more opportunity for Scottish businesses to reach new export markets.

“This partnership demonstrates how Heathrow expansion can work for every region and nation of the UK. Now is the time for the UK Government to make the right choice and back Heathrow.” It is thought that the majority of Scottish airports also support the government’s allegiance to Heathrow.

A spokesman for AGS Airports said: “We have consistently supported the expansion of Heathrow on the basis of the onward connectivity it provides and the fact it’s the UK’s only hub airport. It plays an important role in supporting the Scottish economy, so it is imperative that an expanded Heathrow delivers further access for both Aberdeen and Glasgow airports.”

Responding to the announcement by the Scottish Government on Heathrow today, a Gatwick spokesperson said:

“We are surprised that the Scottish Government has chosen to support a proposal which we believe will undermine Scotland’s connections with the world, making it more dependent on London and the South East of England and restricting the choice available to Scottish travellers by forcing more of them to fly through London.

“Furthermore, some of the suggested benefits to Scotland are unlikely to bear serious scrutiny, which makes the decision all the more curious. However, we are confident that expansion will happen at Gatwick and that competition will prevail over the old-fashioned monopoly being planned by Heathrow. That would be the best outcome for Scotland.”