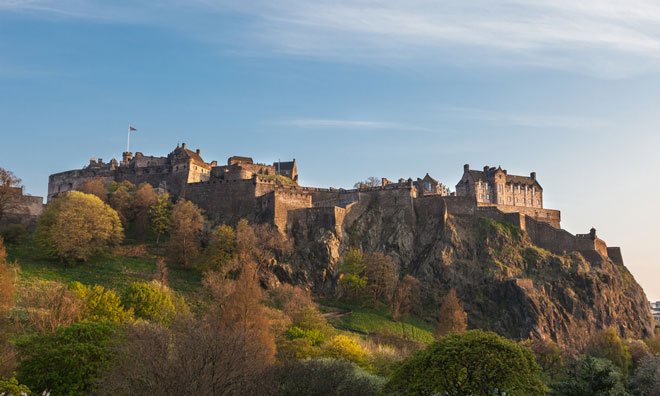 The consultation focuses on the airport’s plans to alter the flight paths used on approach and when leaving Edinburgh Airport, as well as proposed changes to the technology used in handling flights.

We have several concerns over the proposals put forward by Edinburgh Airport, primarily relating to the impact of an increase in flight traffic to and from the airport. Aviation is already a major contributing factor to Scotland’s carbon emissions and is one of the largest sources of emissions worldwide. Expansion at any airport in Scotland poses a serious threat to Scotland meeting its climate change targets and will simply cause further problems for reducing emissions from the transport sector, which will soon be the most carbon-intensive sector in the country.

We also have serious reservations over the impacts of noise pollution for the residents of Edinburgh and West Lothian. Edinburgh Airport need to ensure that any changes to flight paths do not result in a higher frequency of noise pollution incidents, or that areas currently affected are subjected to increased levels of noise.

Our response can be found below:

We have concerns with the proposals to modify the flight paths used when aircraft approaching and leaving Edinburgh Airport. The airport’s desire to revise flight paths and the technology used to coordinate flight paths raises several issues about which we have serious reservations.

Firstly, we must express our concern over the somewhat narrow focus of the consultation The statement that “this consultation is not related to air traffic growth or the airport’s growth in general” is misleading and does not allow for due consideration of the potential issues arising from the proposals set out in the consultation paper. It is clearly stated throughout the promotional video that these plans will “increase the destinations we can offer passengers” and that “modernising them (i.e. flight paths) would mean we could, potentially, handle more flights”.

Expanding the destinations available from Edinburgh Airport and increasing the number of flights will clearly have important consequences, which the public need to be able to fully share their views on. We appreciate that the intention of this consultation was to discuss options for flight paths; however, revising flight paths and increasing air traffic cannot be viewed separately in this context.

Increased air traffic arising as a result of revised flight paths to and from Edinburgh Airport will lead to increased emissions from aviation. Aviation already accounts for over 25% of carbon emissions from the transport sector in Scotland, a sector which has failed to make significant reductions to emissions over the past two decades.

Increasing the number of flights will clearly have important consequences, which the public need to be able to fully share their views on

Any increase in air traffic would need to be met with serious improvements in the carbon emissions associated with aviation; however, little progress has been made in recent years to improve efficiency or reduce the aviation industry’s dependence on carbon-intensive fossil fuels. As such, an increase in flight traffic cannot be justified if Scotland is to make necessary reductions in its greenhouse gas emissions in the coming years. Furthermore, whilst we appreciate the reference to minimising emissions as a result of changing flight paths due to increased fuel efficiency, it must be noted that any reductions in CO2 emissions would be insignificant in comparison to the additional emissions from the predicted extra flight traffic.

We appreciate the attention given to address issues of noise pollution in relation to new flight paths and hope that that current noise pollution issues are addressed. However, we have concerns that handling more flight traffic and changing flight paths will have an impact on the frequency of noise pollution. This is a serious issue which needs to be given considerable attention. Communities which are likely to be affected should be given ample opportunity to comment be consulted on the new flight paths and should be properly informed about the likelihood of an increase of flight traffic in their area.

This consultation also oversimplifies the public costs which will likely arise due to increased flight traffic in Edinburgh. The statement in the promotional video that the proposals set out by Edinburgh Airport “… won’t cost a penny of taxpayers’ money” is highly misleading, due to the failure to account for the negative external costs associated again with a predicted increase in flight traffic. As mentioned, factors such as increased CO2 emissions, localised air pollution and noise pollution all have negative ramifications, although these are typically omitted from economic appraisals prepared by the aviation industry.

The true cost of these social and environmental factors needs to be properly accounted for and incorporated into the proposals put forward by Edinburgh Airport.