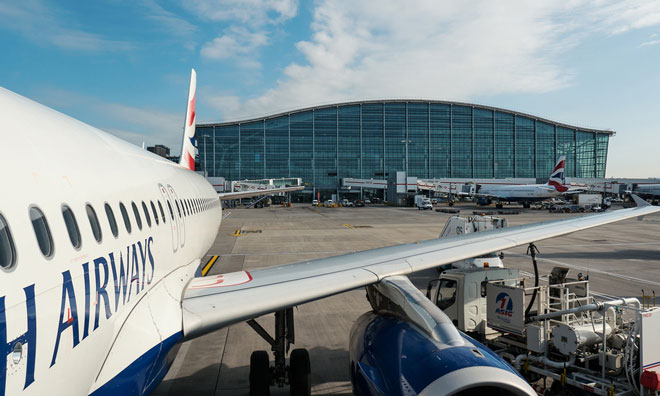 Thanks to GE Power’s advanced technology used by the British airport essentially comprised of a corrosion inhibitor, cooling and chemical treatment across 39 cooling towers, Heathrow managed to save 5% of water and a subsequent total of around $300,000 over the course of a year.

“It is crucial we work with partners to reduce our environmental impact and are pleased that the GE technology has allowed us to exceed our environmental and industrial goals while meeting our high operational demands.”

With more than 75 million passengers per year, 80 airlines, over 76,000 employees and an average of approximately 1,300 flights per day, Heathrow Airport is one of the busiest airports in Europe, and as a result, a significant volume of water is consumed.

“We are pleased that the GE technology has allowed us to exceed our environmental and industrial goals.”

By monitoring the airport’s cooling towers in real-time implementing GE’s InSight knowledge management system and TrueSense for remote monitoring, the airport was able to ensure that the chemical balance was precise and consistent overall optimising efficiency, cost and system performance.

Further to the InSight and TrueSense technologies, Heathrow has employed GenGard corrosion technology and Spectrus microbiological control to ultimately reduce its make-up water demand by increasing its cooling tower cycles from two to five.